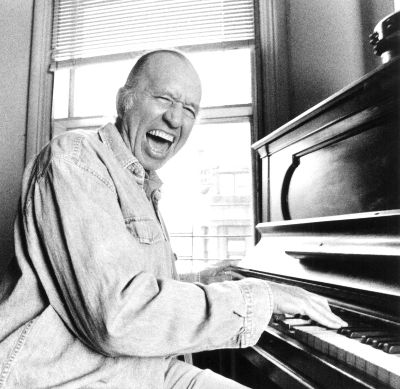 slideshow
Word has arrived that Bob Dorough died today at his home in Mount Bethel, Pennsylvania. He was 94.

Dorough’s greatest fame in popular culture stemmed from his central role in the enormously successful television series Schoolhouse Rock. The program informed and entertained children, and many adults, from 1973 to 1985.

Within the jazz community, Dorough was a beloved singer of literate and witty songs that he wrote and performed, usually accompanying himself as a skilled and harmonically adept pianist. In addition to his solo work, Dorough often shared appearances with Dave Frishberg. Despite their distinct personalities, the two might be considered alter-egos as pianists, composers and creators of original, sophisticated songs. Dorough had a similar relationship with Blossom Dearie. The three might be considered the New York triumvirate of hip, inside, singer-songwriters in the second half of the 1950s. Dorough’s “Comin’ Home Baby,” written with bassist Ben Tucker, was a Top-40 hit for Mel Torme in 1962. More than two-dozen Dorough albums are in circulation. Dorough had the distinction of being one of the few singers, if not the only one, to record with trumpeter Miles Davis. His “Blue Xmas” and “Nothing Like You” were on Davis albums in the early 1960s.

Here he is performing “Better Than Anything” with Doug Smith, his frequent bassist in later years.