It's difficult to find a category for Dave Frishberg's songs. The New York Times described him as "the Stephen Sondheim of jazz songwriting", and The London Daily Telegraph called him "a Woody Allen of song".

Long known as one of the outstanding pianists in jazz, Frishberg has since the early 1980s established himself as an internationally recognized composer and lyricist as well as a solo performer with a loyal following in both jazz and cabaret circles. Four of his albums have won Grammy nominations for best jazz vocal.

Frishberg's unclassifiable but ever-identifiable songs, including cult classics Peel Me A Grape, I'm Hip, You Are There, My Attorney Bernie and Heart’s Desire, are now widely performed and have been recorded by Blossom Dearie, Mel Torme, Rosemary Clooney, Michael Feinstein, Diana Krall, Bette Midler, Suzannah McCorkle, Tony Bennett,and many others. The New York Times critic Stephen Holden wrote about Frishberg, "Few contemporary writers have produced as many songs that have been embraced by nightclub cognoscenti. In the refinement of his language, he is equalled only by Stephen Sondheim among contemporary American songwriters."

His songs are carefully designed pieces that are often wry and witty, occasionally tender and bittersweet, and sometimes contain pointed observations and characterizations of people we all seem to know. Typified by verbal and musical craftiness, they are songs written for adults, or at least for audiences that wouldn't mind growing up. They are stamped with his unique musical personality: quirky lyrics you can't get out of your head, memorable melodies that work so well with the words, and often a harking back to the America of his childhood in St. Paul, Minnesota, "when it was a minor league town." (He collects old baseball books and magazines from the 1940s and earlier. "I couldn't tell you who played in last year's World Series," he confesses. "But if you want to talk about Chet Laabs or Elbie Fletcher, we can do that.")

Described by critics as a cross between Hoagy Carmichael, Woody Allen, and Noel Coward, and linked as a craftsman with Mercer, Porter and Sondheim, Frishberg describes himself as "a pianist who has always written songs and finally summoned up the nerve to sing them in public."

After journalism school at the University of Minnesota and service in the Air Force, he left St. Paul and headed east to become part of the New York City jazz scene of the 1960s. He worked in the rhythm sections of such jazz greats as Al Cohn, Zoot Sims, Ben Webster, Gene Krupa and Bobby Hackett. As a singers' accompanist, he played for such diverse stylists as Carmen McRae, Dick Haymes, Anita O'Day and Irene Kral. His piano work is featured on recordings by The Manhattan Transfer, Herb Alpert, Lani Hall, Jimmy Rushing, Bill Berry, Bud Freeman, Susannah McCorkle, Rebecca Kilgore, and many other jazz and pop artists.

In 1971, Frishberg moved to Los Angeles, where he became active as a studio musician, continued to write songs and began to make records as a featured artist. Since 1986 he has lived in Portland, Oregon.

His songs appeared regularly on ABC Television's popular Schoolhouse Rock series, including Seven-Fifty Once A Week, Walkin' On Wall Street and the well-known I'm Just A Bill. Frishberg's three-character musical show Quality Time premiered at the Milwaukee Repertory Theater in 1996.

Thanks to his four Grammy-nominated albums and his appearances on The Tonight Show, CBS' Sunday Morning and public radio's Prairie Home Companion and Fresh Air, Frishberg has become an increasingly familiar figure as a solo performer at festivals and clubs, on cabaret stages and in concert halls in America and abroad.

His current recordings are on the Arbors Jazz label. Earlier Frishberg albums are available on the Concord and Fantasy labels. Show less

You're A Lucky Guy 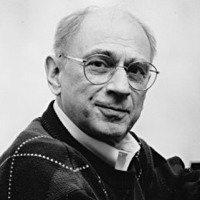 All About Jazz musician pages are maintained by musicians, publicists and trusted members like you. Interested? Tell us why you would like to improve the Erroll Garner musician page.