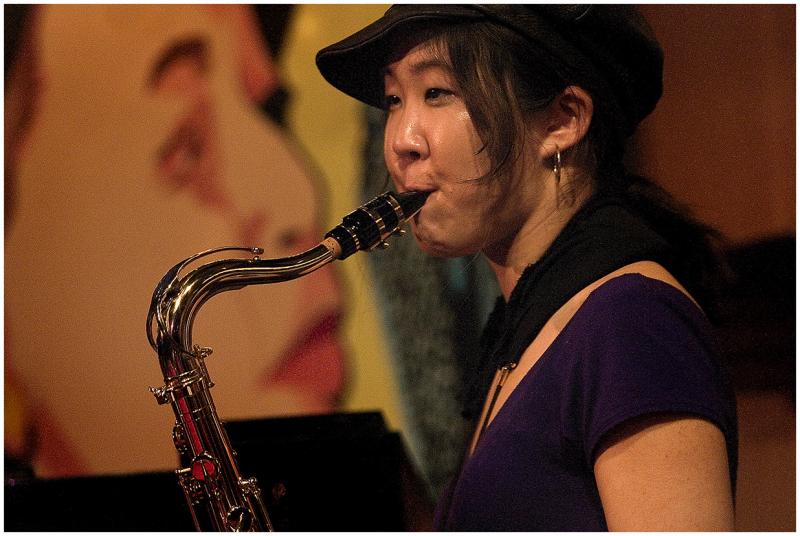 Gainesville, FL: After wowing the straight-ahead jazz world and garnering worldwide acclaim, 20-year-old wunderkind Grace Kelly has set her sights upon winning hearts in the mainstream with an infectious crossover confection that will be delivered on Valentine’s Day. Putting the saxophone aside to charm with her enchanting voice, the lilting stomp and clap single, “Sweet Sweet Baby,” will be released by Woodward Avenue Records accompanied by a bouncy, colorful video. Kelly penned the joyous celebration of love certain to appeal to people of all ages that she produced with Alain Mallet. The single has already been officially added to Sirius XM’s Watercolors playlist.

“This song is inspired by the feeling of falling in love with love. It’s a song that captures that special time when someone is totally infatuated - whether it is with a girlfriend, boyfriend, spouse, child, grandchild, pet or musical instrument. It celebrates euphoria and joy. But most of all, it’s a song that celebrates love,” said Kelly, who solos on her trademark alto sax on the frolicking, candy-coated track sweetened with morsels of jazz amidst a playful pop panorama.

With eight albums already to her credit – one per year since she was twelve – Kelly’s prodigious skills have won the Boston native who graduated the prestigious Berklee College of Music at age 19 numerous awards, extensive media coverage that spans CNN, magazine covers, features and rave reviews in the pages of Glamour, Downbeat, JazzTimes, and the Los Angeles Times, and glowing praise from jazz titans including Wynton Marsalis, Randy Brecker and Jimmy Heath. Her mentors include alto sax greats Lee Konitz and Phil Woods, both of with whom she has recorded duet albums. Kelly’s busy touring schedule is chocked full of gigs around the globe at which she leads her own band or performs with luminaries such as Chris Botti, Harry Connick Jr., David Sanborn, Dave Brubeck, Dee Dee Bridgewater, Esperanza Spalding and Jamie Cullum. Marsalis was so impressed that he invited the then sweet 16-year-old musician to perform at President Barack Obama’s first Inauguration Celebration. Her burgeoning trophy case displays five ASCAP Foundation’s Young Jazz Composers Awards and a pair of Boston Music Awards. Kelly was the youngest person ever named in the Downbeat Critics Poll after being selected as one of the magazine’s Alto Saxophone Rising Stars each year from 2009-2012 and she also has the distinction of being voted Boston’s Best Jazz Act in four consecutive years by the Boston Phoenix/WFNX Best Music Poll.

Currently on a U.S. concert trek that includes a two-night stand in New York City on March 5 & 6 at Dizzy’s Club Coca-Cola, Kelly will lead her band at Spaghettini’s near Los Angeles on March 23rd in support of “Sweet Sweet Baby,” which is available on iTunes.