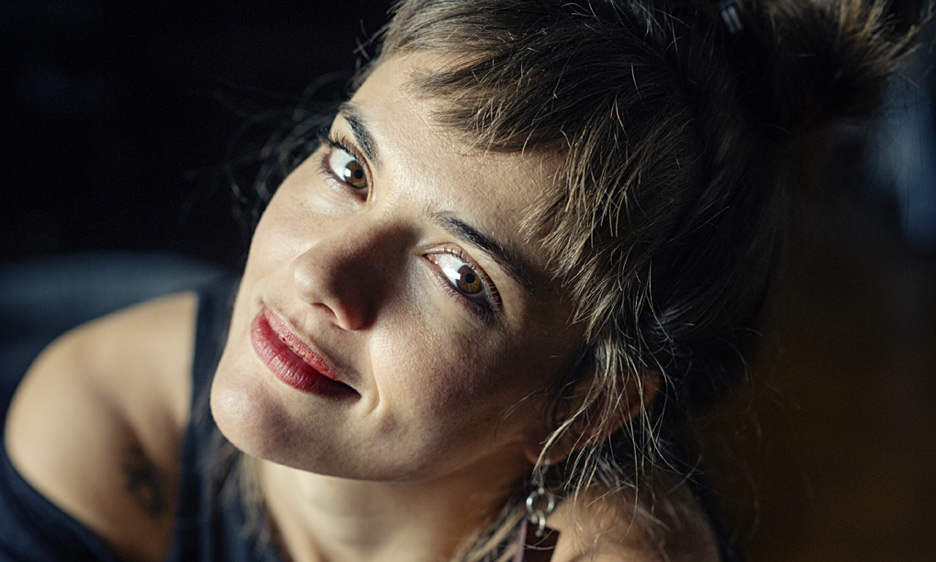 A recent headline in Fortune.com read: "Why 'Success' on YouTube Still Means a Life of Poverty." Hundreds of thousands, even millions of views often result in meaningless royalty checks to musicians from YouTube (owned by Google). And yet, there are musicians whose videos on that platform, combined with a Facebook and Instagram presence, have either created or dramatically elevated their careers.

While this is a much likelier scenario for a pop or a hip-hop artist, it has happened to a jazz musician. 33-year-old French vocalist Camille Bertault (read 2018 interview) may be the first YouTube jazz star (within the limited jazz definition of the term). Her performance of John Coltrane's "Giant Steps" posted on YouTube, has been viewed over 281,000 times and Bertault went from failing a conservatory exam in France to a viable career in music. Her YouTube channel has 70 videos and 70,000 subscribers, her Facebook page has 84,000 likes, and 18,300 people follow Bertault's Instagram posts. These are far from Beyonce numbers, but they are big numbers for a jazz newcomer. For comparison's sake, one video I shot of trumpeter Woody Shaw playing "There is No Greater Love" in 1985 has 35,000 views on YouTube. This is five times the number of views any of my other jazz videos has, and comparable to the vast majority of jazz posts. Not, of course, some of those by Miles, Coltrane and a few select others.

Bertault is an uncommon talent. She has a crystalline voice, good intonation, understands the rhythmic and harmonic underpinnings of jazz and has a prodigious memory. And, she comes from a strong French tradition of vocalese. This is a good foundation to work from, but no guarantee you will pop out on YouTube. Her approach to video-making had a lot to do with her success.

Most live jazz videos, whether shot by one shaky camera in an art gallery or five high-end cameras in a well-lit concert hall, are fairly formal and simply record what happens on a stage. A subgroup of jazz videos is the "Making Of..." genre, which feature jazz musicians in a studio recording a track, often intercut with short interviews. Bertault, however, either had a more profound understanding of how the medium works, or just stumbled onto a winning formula. Check out the 2015 "Giant Steps" post that served as her initial takeoff point:


Notice that she is taping herself, wears no makeup and allows the virtuosity of her performance to speak for itself. She is not singing to an audience, but to the camera. The intensely complicated music in juxtaposition to the simplicity and directness of her presentation is an important part of what made her initial videos attract such a large, presumably non-jazz, audience.

Bertault upped her artistic game and wrote lyrics for "Giant Steps," while retaining the homey quality of her videos. This one is slightly more elaborate, but not much. It's still a static shot, but she is dressed in an African-esque costume and has added a live guitarist and.


Bertault's fandom grew to the extent that followers took her simple selfie videos and placed them in a frame with the more formal recordings of the songs she was scatting.


Her repertoire broadened and with this recording of one of Bach's Goldberg Variations she references important vocalese progenitors Swingle Singers.


More recently, Bertault has released elaborately produced videos, but she retains her "natural," image, presenting herself as a free spirit, not a glamour queen:


Bertault brings some of the dramatic quality of the French cabaret tradition to her performances, handling the playful side well, somewhat less so the tragic. I see more intonation problems in her singing of standards, and some attempts to force vibrato but she is a strong performer and communicates so well that some musical weaknesses take on less importance:


Jazz people know YouTube as a treasure trove of historical recordings and the rise of Camille Bertault is an anomaly. Perhaps unwittingly, she found a video formula-virtuosity, simplicity and directness paired together-that spread her name well beyond the jazz audience and the momentum has her touring all over the world. Bertault is talented and photogenic, but unless she is enticed out of jazz to follow the career track of YouTube stars like Justin Beiber and Katy Perry, she will have to prove her mettle over the long haul in venues like Scullers, the Sunset Jazz Club and Birdland. We can check back in a few years and see how it's going. In the meantime, here she is scatting "Blue Train." Tres amusant.