By Jakob Baekgaard
December 6, 2016
Sign in to view read count
Argentinian jazz is in a very good state. Young musicians are gathering in collectives, trying to spread the word. They primarily use platforms such as bandcamp to release their music digitally, although physical formats are also occasionally available. Kuai Music is one of the major new players on the field, but new labels arrive all the time. One of them is called NendoDango Records. The people behind the label are the drummer Pablo Díaz, saxophonist Miguel Crozzoli and the pianist Paula Shocron, who is a leading figure on the scene.

The following three recent releases from the label's catalog highlight a brand of experimental jazz that tries to renegotiate and transform the tradition of jazz, including the free jazz and bop-movement. 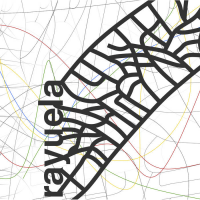 Saxophonist and composer Miguel Crozzoli's II Serie Gráfica: Rayuela is the most challenging of the bunch. Crozzoli has developed his own kind of graphic notation and inspired by such people as Anthony Braxton he makes music that is both highly intellectual and emotional.

His album II Serie Gráfica: Rayuela is inspired by the Argentinian writer, Julio Cortázar, and the full story of the ambitious work can be found on the website: https://www.academia.edu/19742596/II_Graphic_Series_Rayuela_English_version_

However, one can also just plunge into the music. The work is conceived for quartet and is divided into five parts. Paula Shocron's crystalline piano and the rustling percussion of Pablo Díaz help to create a strange, lyrical landscape where Crozzoli's saxophone blows like a desert wind. Bassist Mauricio Dawid adds to the ambience when he plays his bass with bow, but regular grooves are not the order of the day. Instead, Crozzoli has created a dreamlike journey with strange musical visions. 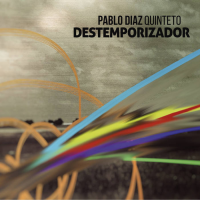 Whereas the listener is taken on a strange journey with Miguel Crozzoli, the musical landscape is more recognizable on Pablo Díaz' album DESTEMPORIZADOR. However, there is also an element of strangeness, as illustrated by the cover, which shows a regular landscape that is disturbed by explosive color lines.

In the same way, the familiar tropes of hard bop are disturbed by a free and experimental approach that makes the music fresh and contemporary. Connoisseurs of Herbie Hancock and McCoy Tyner will appreciate Shocron's playing as the rolling piano waves of the opener, "Antitóna" recalls Hancock's iconic work on Maiden Voyage (Blue Note, 1965) and the elegant block chords throughout a tune such as "Serpiente De Fuego" owes much to Tyner's style.

Throughout, the album sports some good grooves from bassist Germán Lamonega and the interplay between cornet-player Enrique Norris and tenor saxophonist Pablo Moser is simply superb on the spiraling "Léon Bonsai."

DESTEMPORIZADOR would not have been possible without the Blue Note bop records of the fifties and sixties, but Díaz has his own take on this tradition and a playful, free spirit. 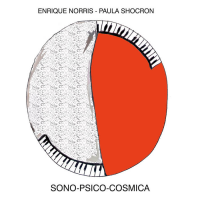 Playfulness is also the keyword on the duo-record SONO-PSICO-COSMICA, which is the jewel among these three noteworthy releases and perhaps the best example of Paula Shocron's encyclopedic knowledge of the piano. She moves easily between abstract and deep lyricism, stride-like figures, swing, bop and free jazz.

Enrique Norris is the perfect partner for Shocron and his playing on the cornet has the edge of Rob Mazurek, but he is also an accomplished pianist and his solo reading of Strayhorn and Ellington's "The Single Petal of Rose" is a surprising highlight on the album.

The album was recorded live at Usina del Arte in Buenos Aires and the enthusiastic response from the audience confirms that there is something special going on in the country right now. They have some excellent musicians and an audience that appreciates their art and the attempt to move jazz forward without losing sight of tradition.