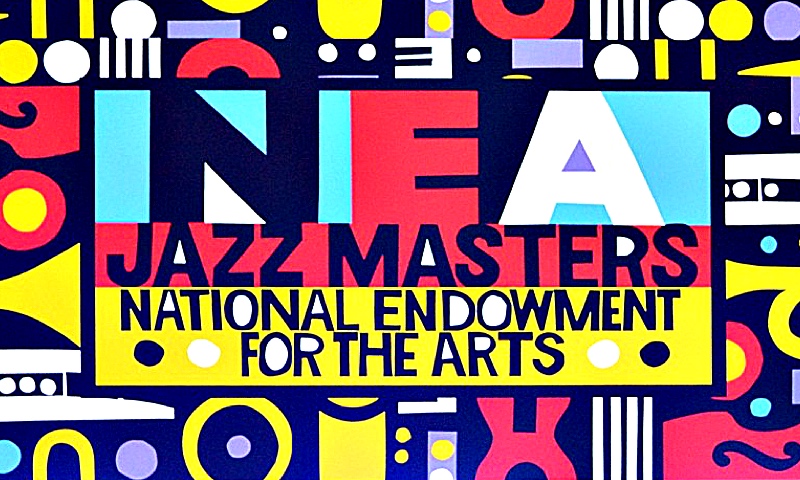 BY HOMER JACKSON
April 12, 2017
Sign in to view read count
In a response to the recent local and national actions demanding that President Trump rescind his proposal to dismantle the NEA/NEH/IMLS, I feel like I'm in a sorta twisted, time-warp.

Twenty years ago, in the midst of the 1990s, the very same debate to decimate the NEA by a Republican-empowered Congress took place. Lots of news stories, factoids and even mythology about the benefits and/or wasted resources concerning the Arts and Arts Education clogged the air waves. After the smoke cleared, the NEA survived. It was extremely slimmed down, much smaller and much weaker. One of the most important aspects of its survival was the complete dumping of individual artists. This action was a compromise worked out at the top of the American cultural food chain. This action would eventually have a domino affect and cascade thru many state arts councils, who also ceased to fund individual artists, or ceased to fund them directly.

The dumping of individuals changed the complete picture [no pun intended] of American culture, because the Republican need for a dismantling of the NEA was tied to a backlash of the creative and financial success of the Multi-Cultural Movement which had been afoot through the late 1980s into the 1990s. Prior to the backlash, in the 1980s, during the Multi-Cultural Movement, institutions everywhere were being asked to explain why communities of color [who actually do pay taxes] were not engaged in their spaces. This was particularly interesting in places like Philadelphia where people of color are the majority population. In many cases, during the Multi-Cultural Movement, American artists of color were given greater access to opportunities for a time. Smaller community organizations also received funding to make things happen on a grander scale.

I know this period well, because this was when I got the most institutional access of my career. It was a dynamic period and was the time when the word, DIVERSITY emerged as a constant.

By the close of the '90s, the changes to the NEA had shifted the entire cultural landscape and the most important point of this change was the exclusion of the individual artist. In many of our minds as artists, the museums, libraries, galleries had made a choice that their institutions and their livelihoods were more important, than the freedom of expression that the individual artist produces and demands. The arts went completely corporate.

[Special shout out to Creative Capital who bucked this trend, was born out of the fire and smoke of that last NEA drama and who have funded artists to the tune of $40 Million since 1999!!!!]

Today, some 20 years later, to hear a call for activism and action, I have no choice but to consider the landscape. I see a cultural environment where diversity is still a shadowy, aspiration somewhere in the distance. I see a generation of young artists who have absolutely no engagement with Arts funding whatsoever and I imagine their confusion about all the brouhaha right now. I look back at the many community-based arts organizations, nationwide that closed down due to the financial stresses and lack of collaboration within the new, corporate cultural community model. I see how mainstream institutions have participated in the un-publicized fire sales that gutted the socially-engaging, community-inspiring, innovations of some of those defunct community-based organizations, only to turn their work into meaningless, visual or performative chachkas. I see how each city has at least, one cultural institution that has grown into a fund-feasting behemoth, that is considered by the social and political leadership, as "Too Big To Fail" much like the banks which took us down the dark road of recession nine years ago.

So, my recommendation to the national artist community is this: Let's renegotiate our contract. We were tossed 20 years ago. If our voice is needed today, let's ask what's in it for us. What do we want? What do we need? What do we dream? Let's use the good common sense that we have to do what's best for us. If there is no new deal. How about sitting this one out?

In the spirit of the challenge, I'll close with a piece of art from the great poet, songwriter and political activist Oscar Brown Jr.. It's from the 1973 song, "The Lone Ranger..."

Tonto, our lives are in danger
We got to get away if we can
Tonto just looked at Lone Ranger
What you mean, we..."

Homer is the Director of the Philadelphia Jazz Project and brings good things to life.