Taeko Kunishima started playing piano at seven. Particularly taken by Mozart and Beethoven, she later studied classical piano performance at university. On hearing Miles Davis for the first time, her direction changed, leading her to explore the music of many different jazz artists, and to develop her own improvisatory technique whilst studying jazz harmony.

Since moving to England, she has continued to evolve and develop her startling, angular contemporary jazz approach, echoing Thelonius Monk and influences of her native Japan. Alongside her work with many UK jazz artists, she has also been working with musicians from many different cultures and countries, and has built up an impressive range of musical partnerships, ranging from Latin pop to electronic music and contemporary classical music. She has performed live sessions on Resonance FM radio. Resonance FM and Jazz FM have both played tracks from her albums Space To Be and Red Dragonfly.

Her debut album as bandleader was Space To Be in 2004 (33Jazz). Now she launches her latest CD, Red Dragonfly, on the 33Jazz label. Following the release of Red Dragonfly, she received favourable reviews, and the band had a warm reception at live performances, including the Isle Of Wight International Jazz Festival, London Jazz Festival, and the Vortex Jazz Club. In autumn 2006 she completed a UK tour with the help of Jazz Services.

Taeko has performed with Europe's leading Shakuhachi player, Clive Bell, since 2006. Their collaborations have included the London Jazz Festival, a UK tour and the National Theatre. Clive also appears on Taeko's latest CD, Red Dragonfly on the 33Jazz record label.

In January, June and July 2008 Taeko performed at several venues in Germany with American drummer David Bowler. From 1987 to 1993 David was a member of the famous Ahmad Jamal Trio. He is currently based in Hamburg, Germany.

During 2009 and 2010 Taeko played live in Germany and Japan, while continuing to compose.

In May 2011 she recorded her third album: Late Autumn on the 33Jazz label - composed by Taeko Kunishima and produced by Clive Bell.

The Late Autumn album draws inspiration from Japanese master film director Yasujiro Ozu, as well as the all too brief life of Taeko’s father. Taeko is very excited about the challenge of this new album, which mixes her natural lyricism with Japanese surrealism and fast swing American jazz. Show less

Enter The "Taeko Kunishima - Late Autumn" Giveaway At All About Jazz!

Taeko Kunishima’s third album finds the pianist (born in Shizuoka, Japan, now based in London) in a mood both lyrical and risk-taking. These nine original compositions fully display Taeko’s way with a melody, but this is jazz with a thoroughly contemporary sound.

Taeko Kunishima’s third album finds the pianist (born in Shizuoka, Japan, now based in London) in a mood both lyrical and risk-taking. These nine original compositions fully display Taeko’s way with a melody, but this is jazz with a thoroughly contemporary sound.

Clive Bell’s production luxuriates in acoustic warmth, but then takes dubwise liberties, making this a surprising and decidedly non-purist album. Late Autumn is the most profound and adventurous statement so far from this creative Japanese pianist. 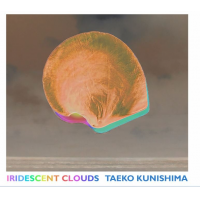 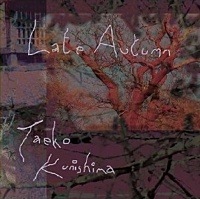 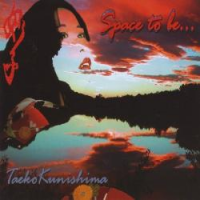 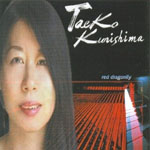 From: Late Autumn
By Taeko Kunishima

From: Red Dragonfly
By Taeko Kunishima

From: Space to Be...
By Taeko Kunishima

All About Jazz musician pages are maintained by musicians, publicists and trusted members like you. Interested? Tell us why you would like to improve the Taeko Kunishima musician page.