Terry Plumeri's innovative style of bowing jazz solos on the acoustic bass has garnered comments like "Stunning... a very high level of music..." from the Washington Post. "Terry Plumeri's bowed bass work is endlessly compelling" from All About Jazz. "Extraordinary bowing facility" from Jazz Improv Magazine.

In speaking about his latest jazz release Blue In Green, Jazz Improv Magazine has said “The performances and solo improvisations on the parts of Terry Plumeri on bass, David Goldblatt on piano and Joe La Barbera on drums are outstanding. Blue In Green is an album bubbling with creativity, interactivity, magnificent improvisations, and the combined experience, sensitivity, and desire of three consummate musicians performing eight essential pieces from the jazz and standard repertoire. Go and listen.”

Terry Plumeri has just completed recording the 4th, 5th and 6th symphonies of Tchaikovsky as conductor of the Moscow Philharmonic for a summer 2007 release on the GMMC Records CD label. In the past, Terry's recordings with the Moscow Philharmonic of his original compositions have received such words of praise from Fanfare Magazine as, “These well-prepared composer-conducted performances and recordings are both technically and esthetically stunning. The emotional curve of Plumeri's music has a dramatic inevitability that carries the listener along without questioning and leaves him fully gratified, very much like the best of Tchaikovsky's efforts.” The Washington Post has said of these recordings, “Plumeri conducts the Moscow Philharmonic in a performance sensitive to the music's smallest nuances.”

While on scholarship to Manhattan School of Music in New York City, Terry studied with Robert Brennand, principal bass of the New York Philharmonic. During his period as a bassist with the National Symphony Orchestra in Washington D.C., he studied composition and conducting with the Hungarian conductor/composer Antal Dorati, himself a student of the legendary Bela Bartok.

During the past 15 years he has written the music to 55 feature films, which includes the score to the award winning crime story One False Move, which has recently been added to the “New York Times List of the 1000 Best Films Ever Made”. His score for One False Move was nominated for Best Score by the IFP Spirit Awards.

Terry's lectures on music have been heard at the Smithsonian Institute, Georgetown University, Maryland Art Institute and University of Southern California as well as in his private classes in the Los Angeles area on the Vocabulary and Psychology of the Music of Bernard Herrmann in the Alfred Hitchcock thriller, Psycho.

Terry Plumeri's Re-Issues "He Who Lives in Many Places" Featuring...

Terry's lectures on music have been heard at the Smithsonian Institute, Georgetown University, Maryland Art Institute and University of Southern California as well as in his private classes in the Los Angeles area on the Vocabulary and Psychology of the Music of Bernard Herrmann in the Alfred Hitchcock thriller, Psycho. 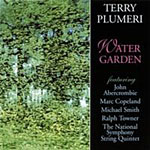 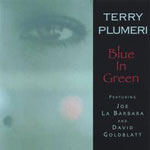 He Who Lives In Many Places

From: He Who Lives in Many Places
By Terry Plumeri

All About Jazz musician pages are maintained by musicians, publicists and trusted members like you. Interested? Tell us why you would like to improve the Terry Plumeri musician page.