Playing Records is proud to announce the release “STRAIGHT AHEAD”, George Kahn’s collaboration with Alex Acuña (drums) and Lyman Medeiros (bass). The project is George’s 9th album release and his first in the traditional piano trio format.

The album consists 12 new tracks performed by the trio: 7 original compositions, each one in tribute to a pianist that is an inspiration to George (jazz greats like Dave Brubeck, Wynton Kelly, Red Garland, Roger Kellaway, and Joe Sample) and 5 “cover tunes” that are creative takes on current pop artists (Prince, Adele, The Weeknd, Ed Sheeran)

GEORGE KAHN – PIANO When a young musician’s sources of inspiration are jazz greats like Dave Brubeck, Ramsey Lewis, Joe Sample, Vince Guaraldi, and Wynton Kelly, you’d figure that his own music would turn out to be pretty special — and in the case of jazz pianist and composer GEORGE KAHN, you’d be right. His music captures the feel of the West Coast Jazz scene of the '50s & '60s, but with a contemporary edge. Kahn’s music has been featured on many TV shows and advertisements, including “Men Of A Certain Age”, “ER," “The Young and the Restless,” and “How William Shatner Changed the World." In December 2012, George also received a Certificate of Recognition from the City of Los Angeles for his dedication to helping end homelessness in Los Angeles.

ALEX ACUNA – DRUMS Alex is probably best known for his work with Weather Report as their original drummer and percussionist. He has worked with Miles Davis, Wayne Shorter, Herbie Hancock and others too numerous to mention. Now an in- demand session musician in Los Angeles, an average week for Alex will range from performing at Disney Hall to playing on the new Star Wars soundtrack.

LYMAN MEDEIROS – BASS One of the best young bassists in Los Angeles, Lyman is known to his friends as ‘Big Funky” (wonder why?. Lyman is a professor at Musicians Institute and tours regularly with Steve Tyrell, Dianne Schuur and others.

A major force in the Los Angeles jazz community since the late 1990s, pianist-composer George Kahn released "Straight Ahead", a "Top 100" jazz album in Mrrch 2018, The new album features a jazz trio of George, Alex Acuna on drums and Lyman Medeiros on bass. Think Ramsey Lewis Trio, or Gene Harris, or Vince Guaraldi

“People always respond to songs they know,” says George Kahn. “Thinking about it, I realized that I'd always wanted to create jazz versions of tunes that one does not normally hear in a jazz setting. Rather than perform ‘Stella By Starlight' or ‘Autumn Leaves' yet again, I thought it would be fun to play songs that are more current, songs by Ed Sheeran, The Weeknd or Adele

George Kahn grew up in New Rochelle, New York, studying classical music from the age of nine. He began composing while in high school and was always interested in improvisational music, studying the music of Charles Ives, John Cage and Karlheinz Stockhausen as a Composition Major at Brandeis University. He did not start to explore jazz until his last years at Brandeis, being particularly affected by John Coltrane's Kulu Se Mama, which opened his mind towards what was possible in music. After graduating, he lived on Cape Cod for a couple of years, did some gigs in Boston, toured the East Coast with a disco band and eventually moved to California in 1976.

“I decided that it was time to stop saying I was a musician and actually be one.” Kahn worked in an improvising New Age group for a few years, studied arranging with Spud Murphy, and performed in a variety of settings. In the latter half of the 1990s he made his move, forming the Playing Music label and Sudhana Music Publishing. Since then he has released six CDs.

“Each of my albums features a wide range of styles which are tied together by my compositional and playing style. For my debut Out of Time, I decided to shoot high and get my dream drummer, Billy Higgins. After I talked him into working on the project, he recommended bassist Richard Reid. Everything fell into place after I got Billy. I was surprised to find out that he did not read music. But by the second run through, he had every song down. That guy had the biggest ears in the world, he was just phenomenal.”

Next out was Conscious Dreams, an un-issued recording from 1985 that is more in the New Age vein, featuring George Kahn on all of the instruments. Freedom Vessel mostly has Kahn in a trio with the late bassist Dave Carpenter and drummer Joe LaBarbera, plus guest spots for altoist Eric Marienthal and Bobby Rodriguez. The emphasis is on the pianist's infectious originals. Midnight Brew uses Kahn's working trio of the time (with bassist Karl Vincent and drummer M.B. Gordy) as the nucleus behind such all-stars as Marienthal, Justo Almario, guitarist Larry Koonse, trumpeter Bobby Rodriguez and singer Tierney Sutton. The Kahn-Bromberg-Acuna trio appears for the first time on … Compared To What?, assisted by Almario, Marienthal, John Fumo and guitarist Ira Ingber.

“Naturally I like to think that each CD is stronger than the previous one,” says the pianist. “It is like having building blocks, with each new project building on the ones of the past. One of Keith Jarrett's focuses is to be riff free, not constantly playing the riffs and phrases that you already know and instead concentrate on flowing improvisation. That is my aim in my playing.”

George Kahn, who performs frequently in the Los Angeles area, including an annual Jazz For The Homeless fundraiser for the charity PATH (People Assisting The Homeless) and benefits for public school music programs, looks forward to touring again in the near future. “My main goal is to share my music with as many people as possible. I believe that there is a great deal of life in West Coast Jazz. It is not only viable but has the opportunity and ability to broaden its base. I purposely picked out songs that might get a John Mayer fan who has never heard a jazz album, to possibly explore this CD because they know some of the songs.

Down—But Not Out—In Los Angeles: How A Jazz Band Is Helping Solve...

"Kahn is a mainstream pianist whose work is a compendium of most of the great styles and motifs of late '50s to mid '60s jazz, a glorious period when seemingly anything was possible within the music. He's capable of introspective lyricism, funk-drenched backbeats, modal ruminations and flat-out swing. His current album, Secrets From the Jazz Ghetto, compiles his original compositions from previous releases and adds seven new pieces." - Kirk Silsbee

"It's jazz. Why Cream? Why not? Kahn's goal is "to create music that is classic, contemporary, hip and cool, all at once." He has been doing just that in his recordings since founding his independent label, Playing Records, in 1999. For his sixth CD, Cover Up!, he has created jazz versions of music he grew up with, including Cream, the Beatles, Pink Floyd, Miles Davis, John Coltrane, Wes Mongomery, and Blue Mitchell." - Bill Falconer, Jazzreview.com

"Kahn is a mainstream pianist whose work is a compendium of most of the great styles and motifs of late '50s to mid '60s jazz, a glorious period when seemingly anything was possible within the music. He's capable of introspective lyricism, funk-drenched backbeats, modal ruminations and flat-out swing. His current album, Secrets From the Jazz Ghetto, compiles his original compositions from previous releases and adds seven new pieces." - Kirk Silsbee

"It's jazz. Why Cream? Why not? Kahn's goal is "to create music that is classic, contemporary, hip and cool, all at once." He has been doing just that in his recordings since founding his independent label, Playing Records, in 1999. For his sixth CD, Cover Up!, he has created jazz versions of music he grew up with, including Cream, the Beatles, Pink Floyd, Miles Davis, John Coltrane, Wes Mongomery, and Blue Mitchell." - Bill Falconer, Jazzreview.com

"I've always liked George Kahn. There is a constant that runs through his music: its always hip. You name it, Kahn plays it and his music makes me feel good: I like that.

Hearing him for the first time years ago struck a chord of pleasure and enjoyment in me… It's the elusive and blissful id that Jazz lovers everywhere live in constant search of, finding music that touches something deep inside, reaching a secret place that's hard to pinpoint but that's unmistakable when you hear it and feel it…

While incorporating contemporary elements, Kahn has an uncompromising sense of musicianship and respect for tradition. George Kahn's music has an eye – or an ear – toward the future, without neglecting the foundations and traditions of Jazz. Not only is Kahn's music creative, entertaining, intelligent, sophisticated and stimulating, it's also fun! That's why I like George Kahn, and know that you will too."

Basics of Jazz Improvization The Art of Comping 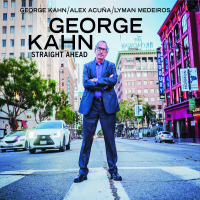 Secrets from the Jazz...

From: Secrets from the Jazz Ghetto
By George Kahn

From: Cover Up!
By George Kahn

From: ...Compared to What?
By George Kahn 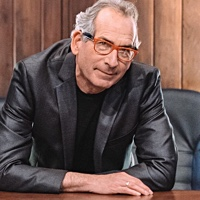 All About Jazz musician pages are maintained by musicians, publicists and trusted members like you. Interested? Tell us why you would like to improve the George Kahn musician page.