Piano prodigy from St. Petersburg, Russia residing in the USA. Studied classical piano with Lina Bershadskaya at the Moussorgsky College of Music and under Professor Fedorova at the Rimsky-Korsakov Conservatory where he also focused on Jazz studies. Eugene's passion for piano inspires legions of young players. He is a product of a rigorous and disciplined music education with first rate performance ethics, a true maestro. His continued development of classical and jazz techniques have resulted in a series of ground breaking CD releases. He has successfully worked with the cream of modern Jazz music. Shirly Horn, Hubert Laws, Toots Thielemans, Bob Sheppard, Gary Burton, Eddie Gomez, Boris Kozlov, Vinnie Calaiouta, Omar Hakim just to name a few. The following albums feature not only Eugene's incredible piano playing but also his masterfully crafted original compositions.

Eugene Maslov - "Where the Light Comes From" 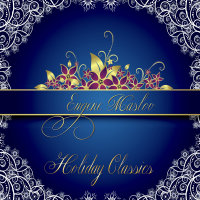 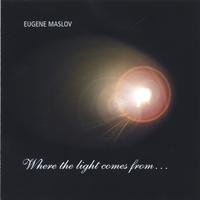 Where the light comes... 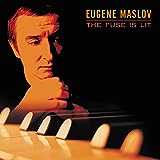 The Fuse Is Lit

Where the Light Comes...

From: Holiday Classics
By Eugene Maslov

All About Jazz musician pages are maintained by musicians, publicists and trusted members like you. Interested? Tell us why you would like to improve the Eugene Maslov musician page.