A piano wunderkind who was for about a decade one of the most sought-after pianists in the history of jazz, yet has remained in relative obscurity. Dodo was born Michael Marmarosa, on 6 December 1925, in Pittsburgh, Pennsylvania. After formal studies and gigging with local bands, in 1941, the Johnny “Scat” Davis Orchestra came to Pittsburgh with an opening for a piano player. Even as a kid, Marmarosa had a reputation in local jazz circles, and some local musicians suggested that Davis snatch up the young pianist, so he hit the road. He was 15.

After a few months, the orchestra broke up. But Marmarosa and a few others hooked up with Gene Krupa's band. He then joined Charlie Barnet's big band. During that time, the Barnet band recorded “The Moose” and “Strollin,' “ the first of dozens of recordings Marmarosa would be part of over the next few years.

By early 1944, at age 18, he left Barnet's band to join Tommy Dorsey. The band featured a quartet including Marmarosa, Buddy De Franco, Sidney Block and Buddy Rich. For Marmarosa, playing with Dorsey was another in a series of dead-end jobs made tolerable by the opportunity to work regularly with Rich.

In November 1944, Marmarosa left Dorsey and joined Artie Shaw's band, which was considered one of the best big bands in the country. Shaw, like Dorsey, featured a small combo from the band, known as the Grammercy-Five. With it, Marmarosa found more opportunity to improvise, and the group made several popular recordings. The group also featured guitarist Barney Kessel and fellow Pittsburgher and trumpeter Roy Eldridge.

In 1946, he settled in Los Angeles. His position as house pianist for the Atomic label saw him playing and recording with several leading jazz musicians, including Barney Kessel, Lester Young and Charlie Parker.(“Relaxin’ at Camarillo”) There are two other recordings from this timeframe, “Piano Man,” (’46) and “Live Dodo.” (’47) His affinity with bebop made him, briefly, one of the outstanding exponents of the form, but ill-health drove him from the scene around 1948.

In the mid-1950s, Marmarosa was drafted into the Army. Military life had an emotional effect on him and he was discharged after spending several months in the hospital. Upon his return to Pittsburgh, he made no attempt to re- enter the national jazz scene. He worked briefly at the Midway Lounge in Downtown Pittsburgh, where he and close friend Danny Conn recorded “Pittsburgh, 1958.”

Marmarosa returned to music in 1961, recording alone, “Dodo’s Back,” (’61) and with Gene Ammons, “Jug and Dodo.” (’62) Within a couple of years he was again forced into retirement, playing only the occasional concert before retreating from music altogether.

He was briefly heard of in 1992 when two English newspapers mistakenly published his obituary. In actual fact, Marmarosa lived the final years of his life in a medical centre in Pittsburgh, until his passing in 2002. Show less 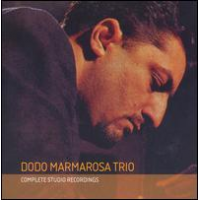 All About Jazz musician pages are maintained by musicians, publicists and trusted members like you. Interested? Tell us why you would like to improve the Dodo Marmarosa musician page.