Tennessee-born jazz trumpeter Thomas Heflin has been hailed as "a fluent trumpeter with a bright tone and a forward-looking style" by jazz writer Scott Yanow. In 2005, he placed second in the Carmine Caruso International Jazz Trumpet Solo Competition in Seattle, WA and has since been featured or mentioned in Italy's Jazz Magazine, The Pittsburgh Tribune Review and The International Trumpet Guild Journal among others.

A recording artist for Blue Canoe Records, Heflin has released three albums on the label. His 2007 debut album "Symmetry" was dedicated to the memory of pianist James Williams, who is featured on half of the recording. In 2009, Heflin produced and performed on "Introducing the New 5" by the cooperative group, The New 5 and In 2011, he released his third album, a collaborative CD with Ron Westray, former lead trombonist with Wynton Marsalis and the Lincoln Center Jazz Orchestra. The album also featured drummer Adonis Rose and bassists Eric Revis and Neal Caine.

As a former member of the Knoxville Jazz Orchestra, Heflin has performed with the likes of Hank Jones, Wycliffe Gordon, Mulgrew Miller, James Moody, and Monty Alexander; recorded with Stefon Harris, Donald Brown, Gregory Tardy and John Clayton; and performed in festivals such as the Montreux Jazz Festival, the Ezcaray Jazz Festival, and Jazz a Vienne. Outside of the KJO, Heflin has performed in a professional capacity with the likes of James Williams, Vincent Herring, Donald Brown, andLou Rawls.

From 2009 to 2014, Heflin worked full-time as Program Manager at the Manhattan School of Music Precollege Division, where he was also on the jazz faculty. He currently serves as Assistant Professor of Jazz at Abraham Baldwin Agricultural College in Tifton, GA.

"His original compositions both reflect his classic influences while demonstrating he clearly has his own voice." -Daisy Riprock Austin Daze

"Hefllin's playing is as strong as his conception of music." -Bob Karlovits Pittsburgh Tribune-Review

"A fluent trumpeter with a bright tone and a forward-looking style..." -Scott Yanow All Music Guide

"His original compositions both reflect his classic influences while demonstrating he clearly has his own voice." -Daisy Riprock Austin Daze

"Hefllin's playing is as strong as his conception of music." -Bob Karlovits Pittsburgh Tribune-Review

"A fluent trumpeter with a bright tone and a forward-looking style..." -Scott Yanow All Music Guide

"The CD is the extension of a charismatic leader with an innovative style who has the heritage of Clifford Brown and Lee Morgan, but who does not forget the lessons of Freddie Hubbard..." -Marco Maimeri Jazz Magazine 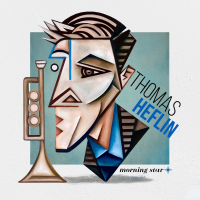 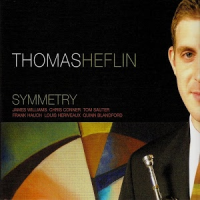 From: Morning Star
By Thomas Heflin 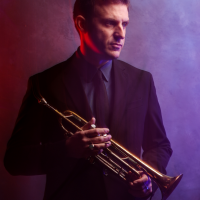 All About Jazz musician pages are maintained by musicians, publicists and trusted members like you. Interested? Tell us why you would like to improve the Thomas Heflin musician page.