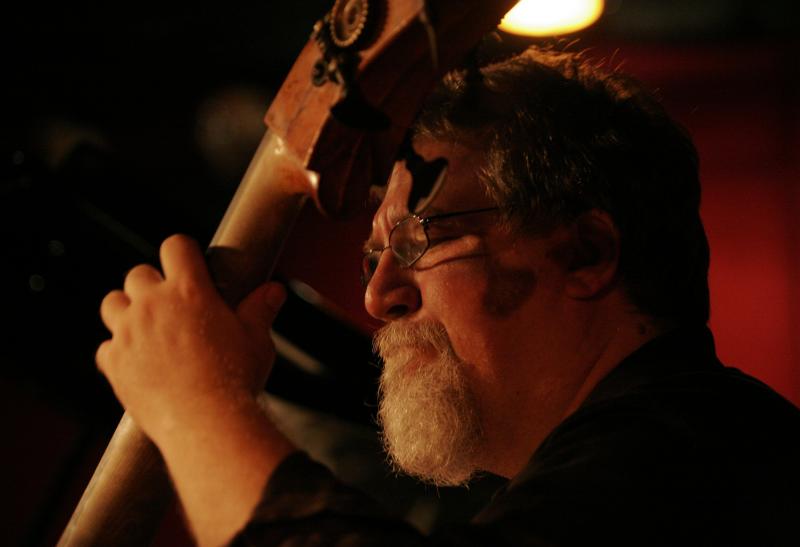 Bassist Michael Formanek celebrated the release of The Rub and Spare Change with two sets at the venerable Robin Adler Jazz Standards, October 27, 2010. It was noteworthy as his debut for ECM Records and first new CD in about a dozen years.

Once an assiduous presence of the New York scene, in the intervening years, he's been focused as an educator at Peabody Conservatory, leading only sporadically and typically in one-off combinations. For one of them, Formanek brought together his longtime collaborator saxophonist Tim Berne with pianist Craig Taborn and drummer Gerald Cleaver, who have played together extensively. Their resultant chemistry inspired him to compose material for the group and bring it into the recording studio. The affinity and grace of their nearly hour-long first set confirmed the wisdom of Formanek's decision.

He opened solo, working the high end of the neck before setting up an angular groove that ushered in the band for "Inside the Box." Berne took flight next with some darting R&B-inflected runs, while Taborn alternated between percussive and jagged statements on his turn, before reining in the dynamics and returning to the theme for an extended group outro. The title track followed and opened with Cleaver's extended fills coalescing into a kinetic linear movement, with quick stops for a mutant funk that supported the group's entrance. Formanek modulated the feel under Berne's wailing high-then-low solo, as Taborn seemed to stumble into a deft two-handed repeating line—light trills with the left, pounding accents with the right. He traded barbs with the horn before careening into a fluid run of the keys. Never flashy, Cleaver percolated the groove, accenting and prodding without overpowering.

Formanek's bass possessed stark tonal clarity. Likewise, his compositions had structure and intent but maintained space for flowing improvisations. Throughout his career, he's strived to maintain that balance, and the new works distill that approach. The ambitious three-part "Tonal Suite" was the epitome, moving from serpentine unison lines, almost classical in construction, to amorphous sections of extemporaneous expression, segueing with bass/sax and bass/piano duets. In the second section, Formanek's bow haunted, while Taborn's trinkling keys and Berne's bluesy runs became more insistent. After a section of faux conclusions and diminishing volume, Taborn unleashed a flourishing attack across the full keyboard, while continuing to reference the melody.

The leader wielded the bow for the set-closer "Twenty Three Neo." Amid alto fluttering and rolling cymbals, he coaxed a stunning cello-like passage high on the neck, before dropping down to lower register harmonics. Taborn responded to the piercing line almost atonally; locking in with Cleaver in duo, he unfurled a repeating lilting single-note phrase that Formanek, then Berne, mirrored in their return, further blurring the lines of notated and free. After some exchanges, the group gradually receded, leaving Taborn's line alone in shimmering sustain.