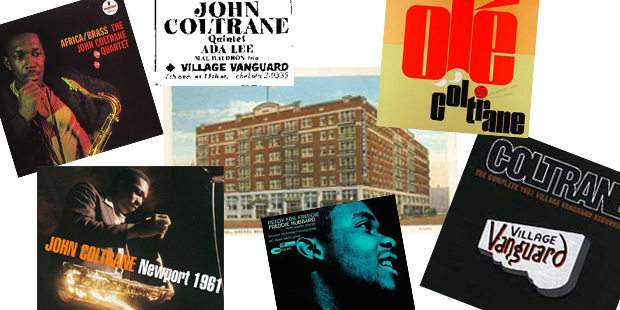 This music was recorded over a six month span but illustrates the breakneck speed with which the bleeding edge of jazz was transforming. In late May and early June 1961, McCoy Tyner was part of the John Coltrane group that recorded the ground-breaking Impulse! album Africa/Brass. By early November, the month that record was released, the core group of Coltrane, Tyner, Elvin Jones, Reggie Workman and notably, Eric Dolphy, were turning the jazz world upside down with the aggressive music they made across four nights at New York's Village Vanguard. Track the evolution here.

Desmond After Dark (With the Dave Brubeck Quartet)