At first glance the opening night of New York City-based pianist Matthew Shipp's three-day residency at north London's Cafe Oto promised a fire music spectacular. Lined up to appear alongside him were three of the UK's leading improvisors in reedman Paul Dunmall, bassist John Edwards, and drummer Mark Sanders, all of whom are eminently comfortable at the burning pole of the improvised music compass. 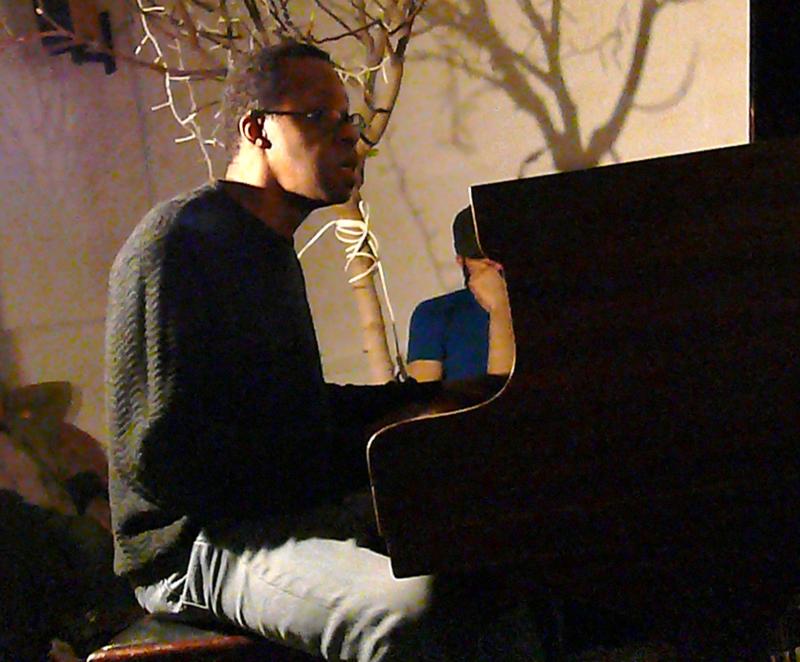 A plethora of acclaimed recordings, of which his solo 4D (Thirsty Ear, 2010) is just the latest installment, confirms Shipp's place as one of the premier modern piano stylists. Unusually for someone with such a glittering track record as leader he has also held down long-term berths in David S. Ware's classic quartet, routinely hailed as the preeminent contemporary small group, and with the more esoteric groupings of esteemed AACM guru Roscoe Mitchell. At the same time the pianist also rejoices in spontaneously improvised settings where his distinctive approach forges structure even from unfamiliar components, and that was the ground populated this evening.

No strangers to the milieu or one another, his partners equated to much more than a pick-up band. This was a meeting of peers. Long recognized as one of the UK's most accomplished reedmen, Dunmall is now picking up regular accolades in the US as well as Europe. Bassist of choice for virtually every visiting improvisor, Edwards has few equals with his full tone and energetic approach. Though not nearly so ubiquitous on drums, Sanders' resume nonetheless includes Evan Parker, Ken Vandermark, Charles Gayle, Leo Smith and Alexander Hawkins, as well as left- field rock gigs with Jah Wobble.

Though Dunmall and Shipp were ranged at the two extremes of stage, silhouetted against Café Oto's habitual minimalist stage lighting, they were on exactly the same wavelength musically. Shipp's tender lyrical shoots at the start of the first set quickly gained choppy rhythmic nourishment from Edwards and Sanders, prompting the reedman to join with measured staccato phrases. Before long all four were flying in a smoldering free jazz firestorm germinated seamlessly from their initial musings. Such cohesive communal episodes were commonplace over their two sets, totaling some 80 minutes, though opportunities nonetheless organically emerged from the fluent give and take to explore almost all the possibilities inherent within the foursome.

By way of counterbalance to his sometimes controversial statements reported in the press, on the bandstand Shipp proved selfless in his participation, judging what worked for the group, pitching himself sometimes as lead voice and at others in a supportive role. Calling on his years with Ware, the pianist knew just how to fuel the group furnace. His crashing repetitions and pealing fortissimo clusters propelled the band ever upwards. Once the ecstatic climaxes crested and the energy dissipated, Shipp's streaming crystalline runs over emphatic comping heightened the connections to another jazz tradition, some of the patterns even hinting at various Shipp compositions.

There was great synergy between Shipp and Edwards, testament to their shared fondness for rhythmic declamation, and revelatory instances abounded, as when the American's cat on a hot tin roof treble register prancing accelerated to match pace in response to Edward's rapid sawing. Later hammered two-handed piano crescendos punctuated the bassist's high cello like arco to winning effect. Then in one of the most striking examples of their interplay, the pianist adroitly meshed his rhythmic patterning with Edwards' pizzicato in a startling series of locomotive eighth notes, presently subjected to inevitable quick fire variation and dissonance by Shipp. 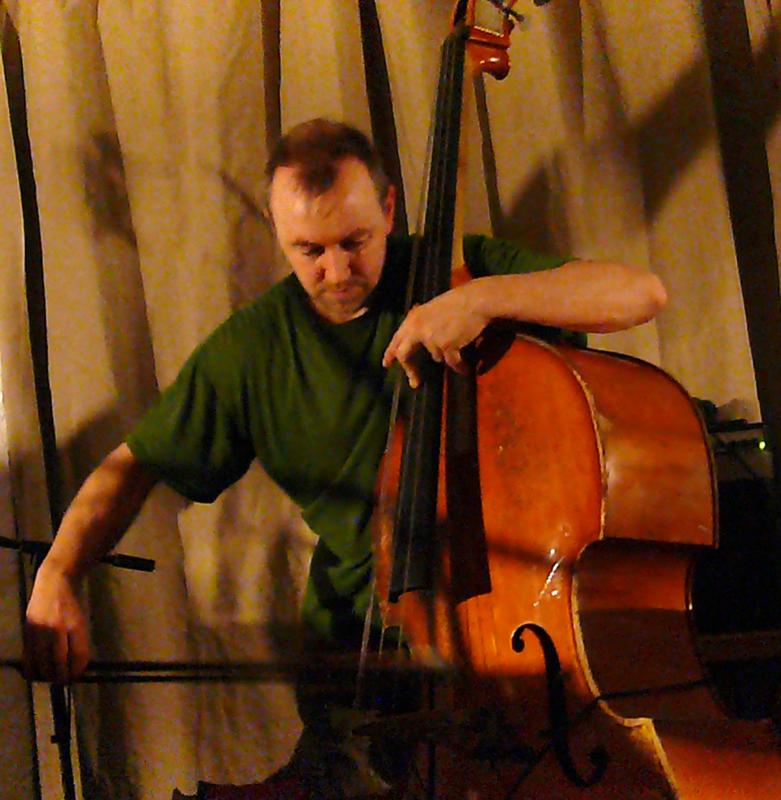 It was not difficult to hear why the bassman is in such demand. His ensemble play was hugely imaginative and responsive while his solos effortlessly maintained impetus. In one feature, quavering scrapes evoking creaking doors were interspersed with explosive bursts of percussive banging and grinding. An eruption of shrill squeaks, taps, and rasps drew a matching rejoinder from Sanders, signaling the transition back into group territory. Here Edwards also manifested his worth, helping to shape the flow, redirecting energies with ripe melodic constructions or fierce invigorating bowing. 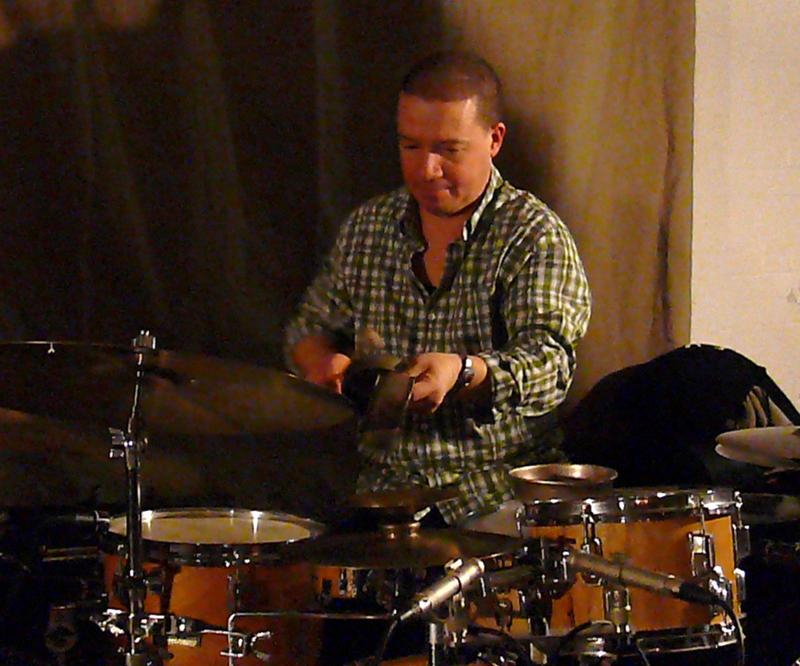 No less intrinsic to the overall sound were the saxophonist and drummer. Equally adept at full-force momentum or textural exploration, Sanders likewise demonstrated his value to the quartet. An inventive player, he was continually varying his timbres, providing both pulse and commentary simultaneously. At times he drummed with two paintbrushes or sneaked miniature cymbals onto the drum heads for added resonance. In one exposition of crisp shimmers and rolls, he inserted a stick between two halves of his hi- hat to create a dazzling alternating sizzle.

Even without a mic Dunmall is a powerhouse, and he was in real fire-breathing mode tonight. Whether muscularly speaking in tongues, running notes together into a bubbling squeal, or indulging in rich mid-period Trane lyricism, there was no stopping him. One saxophone and rhythm trio section found him fearlessly negotiating undulating melodic contours at reckless speed with impassioned paint-stripping tenor. Looking on, Shipp was stomping his feet and rocking hard, before joining in pounding counterpoint for a fiery skronking quartet passage. Not all their interactions were so intense: a later duet was all liquid piano drops limned by short tenor bursts, until Shipp's bluesy tinges inspired an episode of wayward yelps from the reedman. 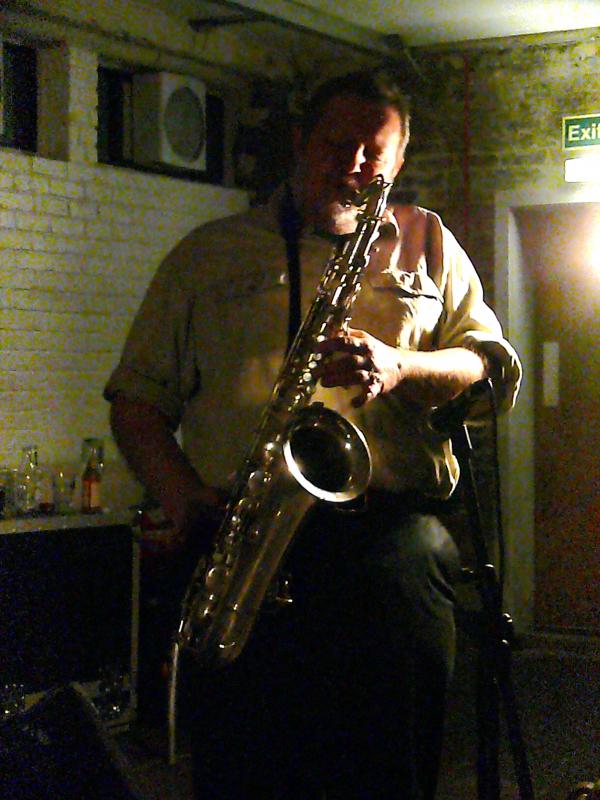 Sudden change in the grain of the music happened seemingly without warning. Like a flock of wheeling birds everyone knew when to turn unprompted but in perfect synch with their neighbor. From a combination of uncanny instinct and hard-won experience, they flipped from forceful workout to restrained rectitude in the blink of an eye. Wherever the attention alighted, there was wholesome musical sustenance, complete in itself but at the same time part of the greater banquet. By the end, it was clear that this was free jazz of the highest order. The smiles, handshakes, hugs, and backslapping all round at the close were a sign that the participants thought it was as good as the audience's rapturous acknowledgement suggested.