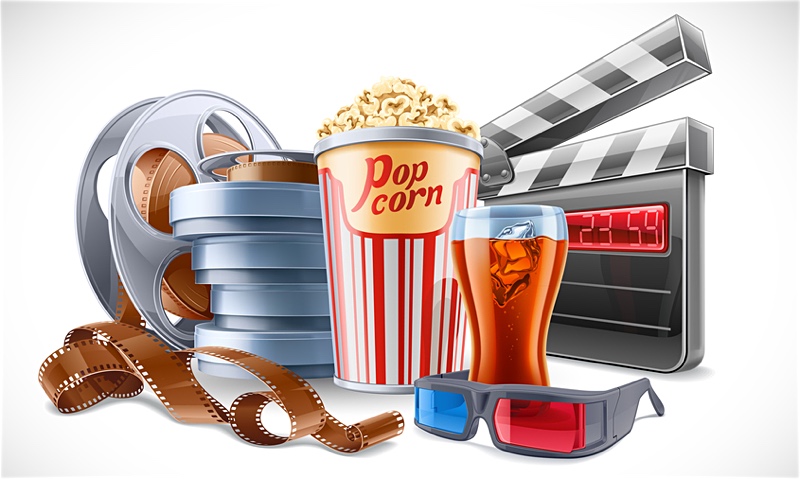 We might just make enough money to plunge ourselves into a nightmarish world of excess and megalomaniacal self-delusion.

Hey kids, summer will soon be upon us like Julie Kaiser in 10th grade; long, hot and filled with endless entertainment possibilities. So let's make a jazz-themed summer blockbuster movie. It'll be fun, educational, bring newfound attention to jazz, and might just earn us all enough money to plunge ourselves into a nightmarish world of excess and megalomaniacal self-delusion.

First, we'll need a location, a place to shoot the film. We could use your back yard, like out of an Andy Hardy film. Providing, of course, your back yard could pass as both New Orleans and New York City, contains a state-of-the-art digital soundstage, and Mom doesn't require expensive shooting permits. Otherwise, we'll just used Vancouver, Canada, like everyone else in Hollywood.

Next, we'll need some sort of story. Can't just make a movie about nothing, two hours of meandering blather and jazz-themed intellectual platitudes, if we hope to stay out the art houses and have a chance at some real box office. So here's a scenario for our little project:

A long, long time ago in a New Orleans far, far away...

Martin Lawrence is Louis Armstrong. We open to the strains of the "A Plus D" mash-up of the Fatboy Slim sample of the Chemical Brothers' remix of "West End Blues." Pops is rolling a fatty and contemplating switching from coronet to Sousaphone, for its inherent bong qualities. Enter Lil Hardin (Queen Latifah) who persuades him to quit his day job as a barista at the 1920's equivalent of Starbucks, called (also after a character in Moby Dick) Queequeg's, and become the father of jazz. He agrees, but only after being convinced that it won't cost him anything out-of-pocket. Cut to an exceedingly gratuitous (but tasteful) nude scene by just-turned-18 Mary-Kate and Ashley Olsen, playing Johnny Dodds and Earl "Fatha" Hines, who are seeking to put their child-star roots way, way behind them.

"But Pops," pleads Bix Beiderbecke (played by Tom Cruise in a desperate-Oscar-plea cameo), "what about the music?" In a two-for-one deal, Katie Holmes (as Bessie Smith) flashes the high beams as Gwen Stefani and Carlos Santana contribute "St. Louis Blues.

Fade into a wuxia-style montage of Pops and Jackie Chan (as Jack Teagarden) overcoming racism by kicking everyone in Brooklyn. A young Jackie Robinson (a computer-generated Rodney Allen Rippy) is forever changed by the spectacle. The Black Eyed Peas kick in with "Black and Blue.

Enter Joe Glaser (James "Tony Soprano" Gandolfini), who threatens to rub out anyone who tries to stop Pops from becoming jazz's preeminent spokesman and forever changing the face of American music. Gretchen Wilson sings "Dream A Little Dream of Me."

Here, we have stock footage of World War II and the Olsen twins in nurses' outfits to the tune of U2's "When the Saints Go Marching In (To Forgive Third World Debt)."

Pops sparks another blunt, and the '50s pass without notice. Appropriately, Willie Nelson sings "When It's Sleepytime Down South.

Now the '60s! Revolution is in the air! Or is that just drifting reefer smoke from the last scene? No matter! Pops defeats Orville Faubus (Billy Bob Thornton), coming off the canvas in the 11th to score a heroic last-second KO in the 15th (WBO rules, fighter cannot be saved by the bell in any round) and, in celebration, one of those interchangeable American Idol pan-flashers sings "What A Wonderful World." This inspires a young Ken Burns (Erik Per Sullivan, from TV's Malcolm in the Middle) to make 20-hour movies about just whatever comes to mind.

Enter Halle Berry, as Lucille (Pop's last wife, or B.B. King's guitar. It doesn't matter—it's Halle Berry). She and Pops settle into an idyllic existence in their little dreamhouse in Queens, where she is frequently topless for no good reason. In a gripping climax, Pops dies of a heart attack (Chris Tucker) leaving Miles Davis (also Chris Tucker) to carry on. And oh! how he carries on. Lucille comes to terms with her grief by racing Vin Diesel (Keith Jarrett) through downtown L.A. in hyper-tuned Honda Civics to the Dan the Automator mix of Shania Twain's "Up A Lazy River." Afterwards, Lucille takes a shower with Lindsay Lohan and Hilary Duff (as Al Di Meola and Chick Corea) as the torch is passed to a new generation.

Now, we sit back and just try not to win Academy Awards. Or, more likely, Golden Globes (Jessica Simpson).