By JOHN KELMAN
February 2, 2012
Sign in to view read count 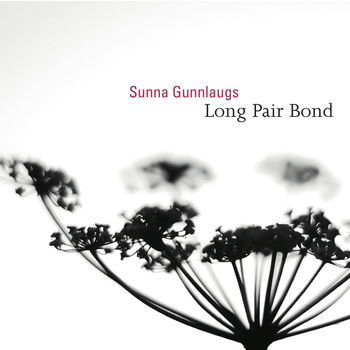 With Long Pair Bond, Sunna Gunnlaugs returns to the piano trio format last heard on Far Far Away. Since that 1997 self-titled debut—the only album to use her tongue-twisting full name, Gunnlaugsdóttir—the Icelandic pianist has, in addition to contracting her name to the eminently more memorable Gunnlaugs, recorded almost exclusively with quartets, largely populated with American (or, at least, American-resident) musicians met after moving to the United States in 1993 to study at William Paterson College. Long Pair Bond's return to trio format is, however, just one of a number of significant changes afoot since Gunnlaugs released The Dream (Self Produced) in 2010.

Returning to Iceland, Gunnlaugs still collaborates with husband/drummer Scott McLemore—the only constant across all seven of her recordings including 2003's fiery Live in Europe (Sunny Sky)— but shifts to local talent for the bass chair. Þorgrímur "Toggi" Jónsson may be a lesser-known entity when compared to past bassists including Drew Gress and Eivind Opsvik, but based on his performance here he's clearly someone to watch, with his flexible blend of firm-planted anchor and inventive melodic foil. On his sole compositional contribution, the folkloric "Fyrir Brynhildi"—which introduces a hint of optimism at the end of each pass with a brief major chord, before returning to its melancholic, minor tonal center—his warm-toned pizzicato drives both the melody and a solo that matches Gunnlaugs' own lyrical bent, though he proves equally capable of more angular playing on the pianist's harmonically oblique "Thema."

Long Pair Bond also signals a shift away from more complex compositional constructs, though Gunnlaugs still favors mixing up the meters, twisting her own "Autumnal," ever-so-slightly through occasional dropped beats. McLemore's three contributions lean more to the straightforward, with both "Elsabella" and the more up-tempo "Not What But How" in waltz-time, but even when he resorts to irregular time signatures, as he does on "Safe From the World," it never distracts from the song's gentle, easy-on-the-ears nature.

Gunnluags' touchstones are unmistakable, with hints of Keith Jarrett and Bill Evans, but filtered through her unmistakable allegiance to Swedish pianist Bobo Stenson's classically informed and harmonically skewed melodism. But the barely forty-something pianist also looks beyond these touchstones for inspiration, delivering a relatively straightforward version of alt-rock singer/songwriter Ben Harper's "Diamonds on the Inside" and a less faithful look at Rufus Wainwright's "Vicious World," which may challenge even the biggest meter-o-phile to "find the one," but remains paradoxically delicate and singable.

Throughout, McLemore's touch is light—not unlike Norwegian drummer Jarle Vespestad's work with pianist Tord Gustavsen, employing a variety of sticks for textural effect—while Gunnlaug's is firm yet pliant, moving from fragile vulnerability to robust power on her opening title track. Gunnlaugs has always been about musical depth that doesn't sacrifice inherent accessibility, but by trimming back to a trio, she's delivered one of her most approachable albums yet, where there's no shortage of challenge—but that's largely left to the players. For everyone else, Long Pair Bond's 50 minutes pass by with ease, but not without leaving a lasting impression.

Long Pair Bond; Thema; Autumnalia; Elsabella; Crab Cannon; Fyrir Brynhildi; Safe From The World; Diamonds on the Inside; Not What But How; Vicious World