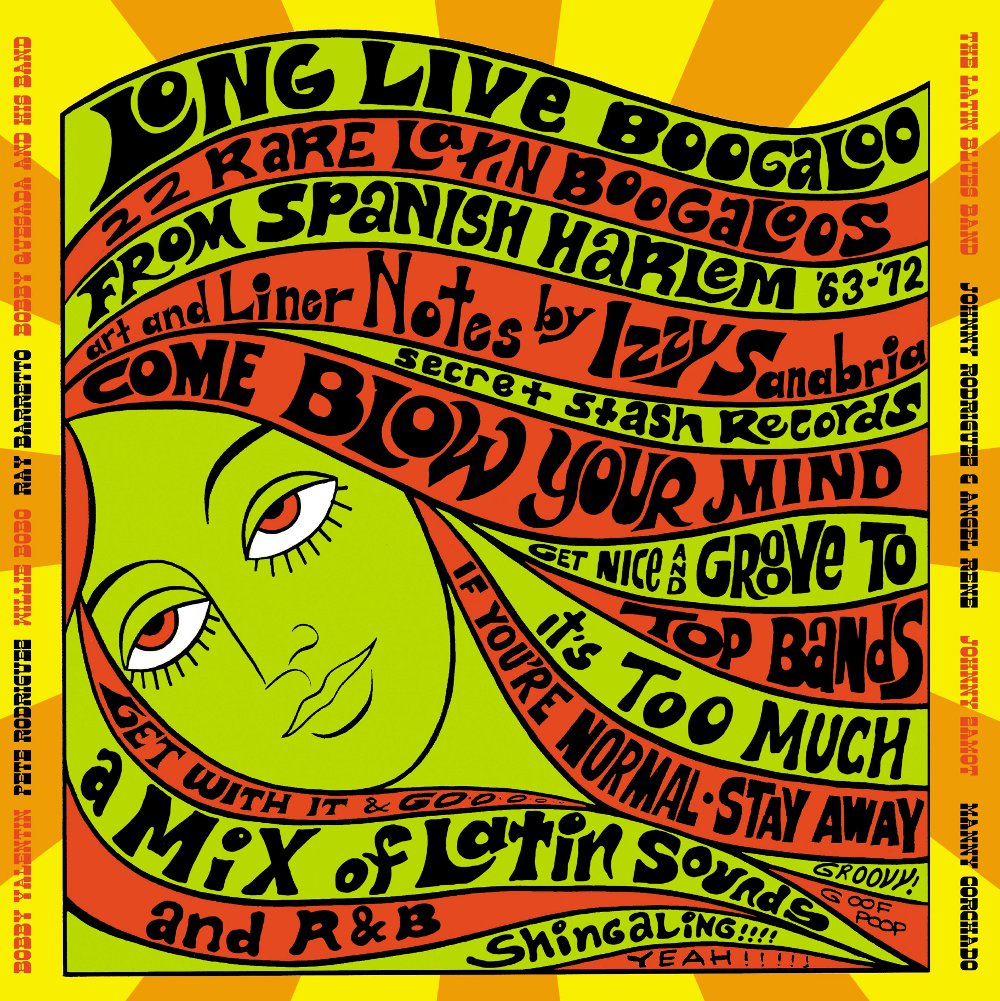 Even if this Boogaloo can sometimes sounds anachronistic, it still sounds vibrant and alive. Ten pounds of dynamite stuffed into little more than three minutes, the hard-rocking drums in Ozzie Torrens' "Mia's Boogaloo" beat with the absolute heart of Latin boogaloo, and animate the vibes and a scorching trumpet soloist. "Funky Big Feet" by Bobby Valentin (a Latin funk legend as a solo artist and from stays with Tito Rodriguez, Ray Barretto and other legends of the genre) slips so tightly into its Latin groove that it seems impossible to resist. "Funky Shing a Ling" by guitarist-vocalist King Nando captures one of the surprisingly few attempts to graft into Latin boogaloo the electric guitar sound that was leading the 1960s rock 'n' roll charge.

"Take A Trip" by The Latin Blues Band featuring Luis Aviles rotates around a wobbly tale of copping weed and getting high in Central Park ("As long as I've got my grass / I always have myself a blast!") and thumps from the drummer's seat by renown jazz-funk boogaloo master Bernard Purdie.

Long Live Boogaloo is not entirely obscure: Willie Bobo's rollicking "Be's That Way" revisits the juicy sweets of "Watermelon Man" by Mongo Santamaria. "Boogaloo Sabroso" presents the debut of Santamaria's son Monguito Santamaria with an extended Latin bonfire stoked by thick vocal-percussion jabbering. Clattering percussion and timbales pump muscle into the rhythm of "Pete's Boogaloo," a hit for Pete Rodriguez that pre-dates his more famous "I Like It Like That." "Pretty Mama," another hurricane of percussion, piano, trumpet and rhythm, is rocked to sleep by Ray Barretto, perhaps the most recorded conguero in history, and brings the curtain down.