By BRUCE LINDSAY
October 27, 2010
Sign in to view read count 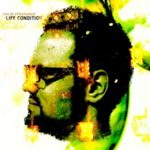 Drummer Colin Stranahan was something of a prodigy, gigging around his home town of Denver, Colorado, aged 11 years and releasing his first album, Dreams Untold (Capri Records, 2004) at the age of 17. Life Condition is his third album—inspired by a trip to India with Herbie Hancock and the Monk Institute Band. It's a mix of originals and standards performed in the main by a trio of Stranahan, alto saxophonist Ben Van Gelder and bassist Chris Smith, with tenor player Jake Saslow joining on two tracks.

The sound quality on Life Condition is terrific: crystal clear and beautifully balanced, with every nuance of the performances readily identifiable. While Stranahan's crisp and precise playing benefits particularly from this high production standard, it serves to highlight the tremendous technical abilities of all four musicians.

Saslow joins the trio for both of Stranahan's compositions. "A Promise" has pace and attack, thanks to Stranahan and Smith, as Saslow joins Van Gelder in producing a twin saxophone frontline that builds on this pace. "For the Third Time" is somewhat lackluster by comparison and never gives Saslow the chance to really establish his presence. Van Gelder's "The Birthday Song" is a more intriguing composition: Van Gelder creates a mysterious melody on alto, while Stranahan and Smith underpin it with a hard-edged rhythm.

The trio approaches Irving Berlin's "How Deep is the Ocean" in a similarly intriguing fashion, taking a very laidback approach to the standard and investing it with a more reflective attitude than is usually the case—as if the question of the ocean's depth is a deeply philosophical one. Van Gelder plays the melody beautifully, while Smith's bass solo is warm and engaging.

Thelonious Monk's "Evidence" begins with a well-structured, inventive and skillful drum solo from Stranahan. However, Stranahan's playing sounds rather constrained as does Van Gelder's alto sax—the performance is rather too polite. This rather serious, almost reverential, approach also seems to rein-in the trio's version of Wayne Shorter's "Ju Ju," which never quite takes off.

Life Condition is most definitely a classy album—beautiful sound, excellent musicianship, and on tunes such as "The Birthday Song," some interesting approaches to composition. A willingness to take a few more risks, to make a few mistakes, would have added that extra spark. These young musicians have the talent to do this and the results could have been spectacular.

The Birthday Song; How Deep is the Ocean; Inner Urge; For the Third Time; Evidence; Post Meridian; A Promise; Ju Ju.