By Russ Musto
June 17, 2009
Sign in to view read count
One of the busiest musicians in jazz today, Lewis Nash is the first-call drummer for some of the greatest artists in this music. Since moving to New York in the early '80s, the Phoenix, Arizona native has appeared on more than 400 recordings, from his earliest dates with the late great Betty Carter to his decade as a member of the Tommy Flanagan trio to his recent effort as a member of the Blue Note 7.

Nash's work with veterans of such stature as Ray Brown, John Lewis and Oscar Peterson is a tribute to his tastefulness, while his experiences with the likes of Joe Lovano, Don Pullen, Sonny Rollins and McCoy Tyner testifies to his powerful innovative drive. When he gets a rare break from his busy schedule as a sideman Nash leads his own ensemble, which showcases his versatility as a player and his growing talent as a composer.

All About Jazz: How did your experiences with Betty Carter and Tommy Flanagan shape your approach to playing?

Lewis Nash: I worked with Betty from 1981 through 1984. I was 22 years old when I joined her; therefore I was still finding my voice and 'malleable,' so to speak. Her ideas and concepts made a lasting impression on me. First of all, she always wanted a feeling of intense swing, no matter the dynamic level or meter. One of the tunes we used to do was "Swing Brother Swing" which I first heard by Billie Holiday. The first lyrics are "Deep rhythm captivates me/hot rhythms stimulate me" and that says a lot about Betty. She wanted the feeling hot and stimulating, even if it was at a low volume...simmering! She demanded focus and concentration as well as creativity and imagination, always pushing us to try new things. I remember her saying to me "try something else kid, I already heard you play that!"

I joined Tommy Flanagan in 1990 and remained a member of his trio for 10 years, through 2000, first with bassist George Mraz and then with Peter Washington. With Tommy I experienced a similar kind of freedom to be creative and daring as with Betty, as long as the music swung. Tommy had some intricate arrangements but all of it was not written out, so I had to learn almost everything by ear, paying close attention to his phrasing and subtle nuances. Night after night I heard beauty and elegance combined with passion and fire. I wanted to express those same things on the drums: subtlety and power, passion and grace. Tommy was the poet of the jazz piano; I wanted to play the drums in the same poetic manner. I think of him often during this period, because he loved NBA basketball! If he were here we'd be having many conversations about the playoffs now!!

AAJ: What other bandleaders had an effect on you musically and philosophically?

LN: Between Betty and Tommy, I began working with Ron Carter [toward the end of 1984]. I've worked with Ron in various musical situations and configurations since then and he has been an influence both as a bandleader and a player. He has a keen sense of focus and attention to detail. One of the things I learned from working with Ron is patience. Be patient, wait and allow the music to happen rather than forcing it. He also helped me to hear how the tuning of my drums, especially the bass drum and floor tom, could negatively affect the sound of the bass. Certain tunings can cancel out bass notes and interfere with hearing a bass line clearly and distinctly. Ron also has a great sense of pacing and flow, whether speaking of an entire night, one set, one tune or one solo.

There are many other leaders who've influenced me: JJ Johnson, Ray Brown, Jim Hall, Hank Jones, Art Farmer and Clifford Jordan, Sonny Rollins, McCoy Tyner, Joe Lovano, Branford Marsalis, Don Pullen and George Adams. They and others have all contributed in some way to my musical vision and approach as a bandleader.

AAJ: How do you approach leading a band differently from being a sideman?

LN: Well, in addition to the fact that I have to make sure everybody gets paid [laughs], there are several other bandleader responsibilities: one, choosing personnel and deciding on instrumentation; two, choosing repertoire; three, keeping repertoire fresh and updated, challenging and fun; four, choosing the music for each performance, which includes attention to pacing and featured soloists and five, spearheading and determining the sound, direction, look and 'vibe' of the band. As a sideman, I think more simply. I treat each leader's music and situation with respect and professionalism. I want to help the leader and everyone else sound their best and I think in terms of giving 100% at all times. Aside from that, I want to have fun doing what I do.

AAJ: You have a busy schedule in the month of June. Talk about the bands you'll be playing with and how your approach to each one might differ.

LN: During this five-week NYC run, I'll be performing with Wayne Escoffery and Veneration, my own quintet, Renee Rosnes Quartet, Joe Lovano Nonet and Anat Cohen Group. In general I can say that any differences in approach with these groups would be minor or subtle. The music/repertoire and instrumentation would be the major factor in determining those subtle differences. For example, with Wayne and Veneration, we use vibes and no piano. There's a bit more space available without the weight of the piano's full chords and sound, so I might be a bit more involved in interjecting sounds, colors and rhythmic ideas in that space. In the situation with my own group, I'll be in a different "head," thinking more about the things I mentioned before as bandleader responsibilities.

With Renee I'll be simply bringing my musicianship and ears to the gig every night, ready for whatever directions we choose to take. The Lovano nonet is a group I've played and recorded with over the years and I look forward to the spontaneity and creativity of that group. Even though it's a larger ensemble, it still has a small group feeling, though in some instances I have to think more like a big band drummer. The gig with Anat Cohen is a celebration of Benny Goodman, so of course I may not play with as much volume behind the clarinet, but I would still try to provide appropriate energy and intensity for the situation. I don't really think of changing the way I play...it's more about adjusting to the way different people phrase and breathe, approach rhythm, to their different sounds, repertoires.

AAJ: How did you feel about playing classic compositions on tour with The Blue Note 7, especially since they were first played by drummers such as Art Blakey and Billy Higgins?

LN: I loved playing those classic tunes from the Blue Note Records catalogue! We created new arrangements to reflect our own interpretations of them, but the idea was to maintain the joyful, swinging exuberance that was such a key element. The fact that great drummers like Art Blakey, Billy Higgins, Philly Joe Jones, Tony Williams, Elvin Jones and Louis Hayes played on the original recordings was a source of inspiration, not intimidation!

AAJ: What have been some of your favorite musical experiences? 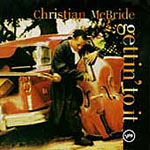 LN: I have had so many wonderful musical experiences that it's difficult to choose! I must say that playing with Milt Hinton was a highlight. The opportunities to play with Benny Carter, Sweets Edison, John Lewis, Milt Jackson, Percy Heath, Horace Silver, Stanley Turrentine, Oscar Peterson, Joe Williams, Ruth Brown, Nancy Wilson, Lena Horne, Tony Bennett...these were all memorable. There was a great "drum battle" concert tour in Japan one year with me, Louis Bellson, Grady Tate [filling in for an ill Billy Higgins]) and Jeff Hamilton, and there was a Lincoln Center concert tribute to Art Blakey that featured both me and Elvin Jones playing a shuffle together on "Moanin'" that I will never forget!

AAJ: How would you advise young drummers?

LN: I would advise them to become like scientists. Experiment with sound, space and rhythm. Develop a steady, acute sense of time, pulse and flow, then internalize it. No matter what the tempo or feel, be able to subdivide accurately so that you can imply rhythms and phrases that give the impression of stretching and expanding or tightening or compressing. While playing in a given tempo, be able to hear in half time or double time so that you give yourself more creative possibilities, whether you're soloing or timekeeping. Develop an ear for the right sound at the right moment. A sense of adventure and an ability to execute ideas clearly and musically are valuable skills to have. On a lighter note, a good sense of humor and 'whimsy' can go a long way in balancing things out. Sometimes outright 'craziness' might be in order! Above all, give your best effort to help the band sound together and in sync and enjoy what you do.

Tommy Flanagan, Beyond The Bluebird (Timeless, 1990)