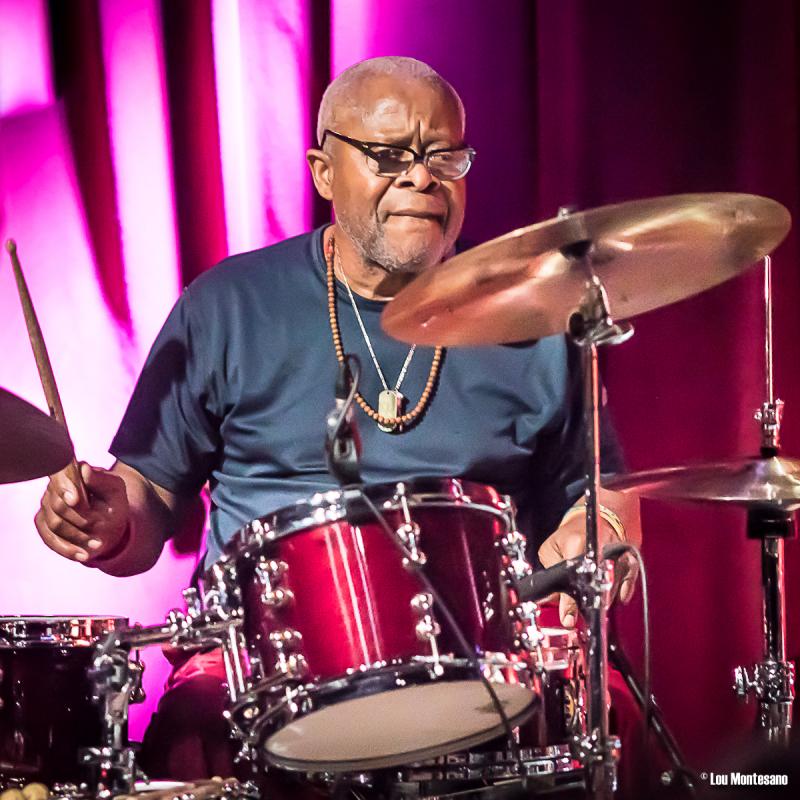 Despite multiple breakups and long hiatuses, the Allman Brothers Band survived successfully for as long as it did by adding fresh, complementary talent that reinvigorated the original members, and through the players' fierce, collective focus on exploring and expanding the sturdy blues-rock-jazz fusion created by founder Duane Allman and his guitar protégé Dickie Betts almost five decades ago. Now, in the wake of the Tedeschi Trucks Band and the Gregg Allman Band, here comes another spin-off from the defunct mothership: Les Brers, an eight-person ensemble that takes its name from "Les Brers in A Minor," the jazzy instrumental on the ABB's classic 1972 album, Eat A Peach.

According to Butch Trucks, an original Brother and Les Brers's leader, the name is a combination of "some French and some redneck" and loosely translates as "the brothers." The band itself is a combination of brothers old and new: Trucks and Jai Johanny Johanson (aka Jaimoe) were the ABB's original drumming duo; percussionist Marc Quinones was an ABB member from the band's 1989 reformation until their final show in 2014; Oteil Burbridge, the Brothers' fourth bassist, came aboard in 1997; and guitar slinger Jack Pearson was a full-time Brother from 1997 to 1999, until he was forced to leave the band because of health issues. The newer Brers include two ABB associates: vocalist Lamar Williams, Jr., son of the second ABB bassist, who passed away in 1983; and keyboardist Bruce Katz, who sat in with the ABB numerous times, played in the Gregg Allman Band, and now tours with Jaimoe's Jasssz Band. Pat Bergeson, a veteran Nashville pro, completes the lineup on harp and second lead guitar, taking his place alongside Pearson in the fabled six-string lineage that runs from Duane-and-Dickie, to Dickie-and-Warren Haynes, to Dickie-and-Derek Trucks, and finally, at the end, Warren-and-Derek.

On a warm October night at Brooklyn Bowl, these new Brers wasted no time in reviving some of the old magic found deep into the ABB's back catalog. Scintillating versions of "Hot 'Lanta," "Stand Back," "Trouble No More," and "Blue Sky" launched the set, the rhythm section as punchy, sharp, fast and driving as ever. "Please Call Home" took Lamar, Jr., into the treacherous waters of a difficult Gregg Allman vocal that he managed to pull off admirably. "Every Hungry Woman" was a joyous twin-guitar romp, with Pearson adding his own steely licks to one of the Allmans' earliest compositions. Fresh off touring with the Dead and Company, bass man Oteil Burbridge displayed particular joy at finding himself back in the groove with his former band mates—bouncing, dancing and grinning from ear to ear, he was clearly delighted to be making such uplifting, soul-touching music, bringing fresh energy and ideas to familiar tunes. And so it went—from "Come and Go Blues" to the set-closing "Dreams," during which Gregg Allman Band guitarist Scott Sharrard joined Pearson to take the jam to its highest height of the evening. After the traditional ABB encore, "Whipping Post," came one more for the road—a smoking "Southbound" that showcased Katz's nimble piano work—and then the danced-out crowd dispersed, smiling faces heading out into the Brooklyn night.

It's too early to tell what to expect from Les Brers in the coming months and years, but the two non-ABB originals they performed on this particular night hinted at the ability to find new sonic routes within the ABB's fluid jazz-jam idiom. More than a tribute band but still not the equal to all that preceded and molded them, Les Brers could end up being a short-lived reminder of past glory or could develop into... the Allman Brothers Band 4.0? Stay tuned.