Oteil Burbridge, (born August 24, 1967) in Washington, D.C.), is a Grammy Award-nominated American multi-instrumentalist, specializing on the bass guitar, trained in playing jazz and classical music from an early age. He has achieved fame primarily on bass guitar during the current resurgence of the Allman Brothers Band from 1989 through the present day. He was also a founding member of the band the Aquarium Rescue Unit, and has worked with other musicians who include Bruce Hampton, Trey Anastasio, God Street Wine, Bill Kreutzmann and The Derek Trucks Band, with whom his brother Kofi Burbridge is the keyboardist and flautist. Burbridge joined the Allman Brothers in 1997 and has appeared on the CDs Peakin' at the Beacon (2000), Hittin' the Note (2003), One Way Out (2004) as well as the DVD Live at the Beacon Theatre (2003, certified Platinum 2004). 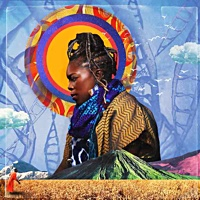 Dead & Company NYCB Live at the Nassau Veterans Memorial Coliseum The Fall Fun Run Tour Uniondale, NY November 5, 2019 With the former Nassau Coliseum smelling like a mixture of pot, patchouli and incense with the vast majority of the attendees wearing something featuring tie-dye colors, the latest incarnation ...

Kofi Burbridge, keyboardist, flutist, arranger, and composer with the Tedeschi Trucks Band, passed away on February 15, 2019 at the age of 57. His health issues became public in the summer of 2017 when he underwent emergency heart surgery. Things seemed hopeful after his return to the band and his participation in the recording of what ...

He's an extraordinarily talented guitarist whose musical interests range from jazz and bluegrass to classical music. Mike Seal has been active on the Southern music scene for over a decade and is based in Nashville, Tennessee. His grandfather was a gifted self taught gospel guitarist in rural Virginia, and his older brother, Rob Seal, is a ...

In 2015 rhythm guitarist Bob Weir and drummer Bill Kreutzmann, founding members of the Grateful Dead, formed the band Dead & Company, along with longtime Grateful Dead keyboardist Jeff Chimention and drummer / percussionist Mickey Hart. They enlisted some fresh blood into the band with the addition of singer/guitarist John Mayer, and bassist Oteil Burbridge. A ...