By Glenn Astarita
June 2, 2004
Sign in to view read count 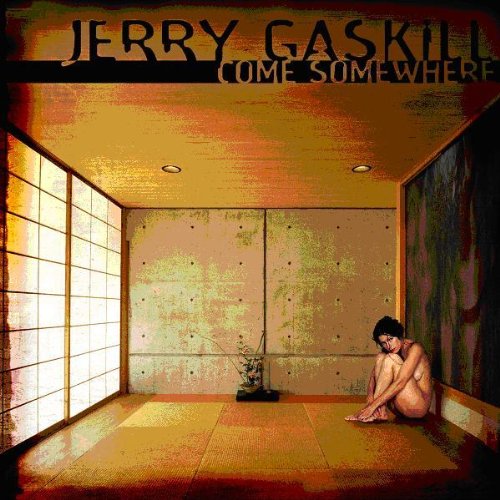 Drummer Jerry Gaskill of the prog-rock band Kings X steps out on his own with assistance from guitarist/keyboardist Ty Tabor (Platypus) on this amenable solo outing. Besides his drumming, Gaskill sings and performs on acoustic guitar. It's a satisfying acoustic/electric set featuring hard rocking grooves intertwined with mellow guitar work and some rather attention-grabbing lyricism.

Preeminent progressive-rock drummer Pip Pyle and his quintet recorded these tracks live in Paris and at The Progman Cometh Festival in Seattle. Pyle’s precision and all encompassing musicality surfaces yet again during these jazz-rock tinted pieces, dappled with attractive themes. Alto saxophonist Elton Dean lends his wares on two tracks, while superfine electric bassist Fred Baker, keyboardist Alex Maguire and guitarist Patrice Meyer round out the core band. A distinct luster works its way into this pleasantly flowing endeavor, augmented by a potpourri of impressive soloing spots by Meyer & Co.

My First Name Is Maceo – A Film by Markus Gruber (DVD)

If you’re feeling sad, lonely or just a little bummed out, then check out this recently issued DVD featuring the ever-so-funky alto saxophonist Maceo Parker and his band. Parker’s longtime JB Horns cohorts, trombonist Fred Wesley and tenor saxophonist Pee Wee Ellis, enliven the audio and visual experience. This production focuses on Parker's band performing live amid guest appearances by George Clinton and others. The saxophonist discusses his roots, and influences including a visit to his childhood neighborhood in a North Carolina housing project along with musings by Wesley and Ellis. Overall, it’s the driving, toe-tapping funk grooves, punchy horn charts, and Parker's charming stage presence that elevates this flick to an extremely high fun-factor. (Time: 67 minutes) 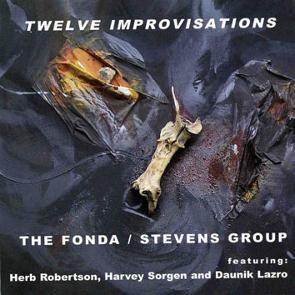 Arguably one of the finest working units in modern jazz, this particular CD is somewhat notable due to the addition of top European improviser, saxophonist Daunik Lazro. The Fonda/Stevens Group is known for meshing structured compositions into an improvisational format. However, the mission here is solely based upon free-form explorations via a sequence of mini-motifs initiated upon the musicians’ dialogues and loose methodologies. On this effort, the band merges dissonance with an energized line of thought. It’s mainly about synergy and vast expressionism rolled into one concise little package.

Pianist Benny Green and guitarist Russell Malone perform a sequence of standards, originals, spanning Charlie Parker to Cole Porter. It’s a delightful collaboration, consisting of the respective artists’ dazzling virtuosity and intuitive sensitivity. With that, expect to hear Green’s near Tatum-like speed in concert with Malone’s analogously fast lines. The clever choice of material keeps matters on the up and up. (Released on 6-22-04) 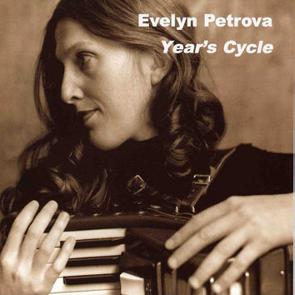 Hailing from Russia, accordionist Evelyn Petrova goes it alone during these twelve solo pieces, where jazz-like improvisation finds a happy medium with Russian folk melodies and more! She’s an amazing and undeniably intense performer. Ms. Petrova’s technical acumen is often mind-boggling, as she also scats and chants atop her lightning fast breaks and unexpected shifts in momentum. Hearing is believing!

This is the reissue of an original 1991 JMT release. A minor classic, the producers’ include the original artwork via the CD insert. But, it was outings such as this that cast a newer light on jazz-fusion initiatives. Bill Frisell’s electric guitar and volume control work counterbalances saxophonist Joe Lovano’s variable flows. And of course, Mr. Motian provides the flotation-like rhythmic experience.

Jazz guitarist Paul Silbergleit teaches at the Wisconsin Conservatory of Music. On this outing, he leads a sax-piano-rhythm section quintet through ten spirited mainstream original compositions. Nothing revolutionary or groundbreaking, but solely a strong workout for a tight knit bunch of hip musicians who obviously enjoy the art and execution of making pleasurable jazz. No doubt Silbergleit possesses laudable chops to complement these nicely articulated, group arrangements.

Canadian reedman recorded these pieces in 1993 with bassist William Parker and drummer Denis Charles. It’s a hard-driving session taped at the Old Knitting Factory and a New York City studio. Marcus’ wonderful vibrato techniques coupled with a downright fierce attack keeps the momentum going in a wiz-bang sort of way. Moreover, drummer Denis Charles’ melodic fills, and impeccable time keeping looms as a major factor here. And of course, bassist William Parker holds down the fort with his booming lines and supple mode of execution.

Another insightful offering by ECM Records' :rarum series. This one showcases one of the more prolific European session drummers of the last three decades. Drummer Jon Christensen selected these prolific tracks, highlighting his work with pianist Keith Jarrett, guitarist Ralph Towner, and many others of note. Christensen’s brisk snare work and polyrhythmic metrics are but a few components of his signature style. Overall, he makes complexities sound unusually simple. More importantly, many of these works figure in to some of ECM Records' finest recordings, spanning the ‘70s through the late ‘90s.

Church Of the Ghetto P.C.

New sides by an exuberant sextet out of Nashville—think of country-rock meets Santana, along with progressive rock ala vintage Kansas. No doubt, the group’s high-octane and altogether jubilant demeanor presents an interesting array of ideas and elements. A fun-filled outing, indeed...