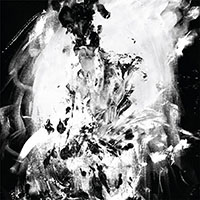 Originally released in 1990 on Brian Eno's forward-thinking Opal Records and reissued again, two years later, on All Saints Records, Jon Hassell's City: Works of Fiction was the trumpeter/keyboardist/conceptualist's fourth "official" installment in the Fourth World series that began with Fourth World Vol. 1: Possible Musics (EG, 1980), followed by Fourth World Vol. 2: Dream Theory in Malaysia (EG, 1981) and Aka / Darbari / Java—Magic Realism (EG, 1983), though this groundbreaking and ultimately vastly influential concept truly began to take shape with his first recording under his own name, Vernal Equinox (Lovely Music, 1977)—where, as he described in his extensive 2009 All About Jazz interview, he "tried to apply this raga thing and the trumpet stuff that I had learned, pulling in things around me that—instead of the tambura, [I used] an electronic drone, for example, and using a different kind of drumming along with it."

While those of a more superficial persuasion simply (and unjustly) lump Hassell's music into the catch-all umbrella of "World Music"—or jazz, even—those who have followed him from that striking 1977 debut across more than three decades to Last Night the Moon Came Dropping Its Clothes in the Street (ECM, 2009), live remix performances at the 2007 and 2010 editions of the Punkt Festival, in Kristiansand, Norway, and a full performance by his Maarifa Street group at the 2009 Enjoy Jazz Festival, know that the truth is something far deeper, far more insidious, far more profound.

Hassell's City: Works of Fiction (Expanded Edition) goes a long way to consolidating, in one compact place, the concepts and philosophies that have driven his music over the past four decades, even if little of the music to be found here is less than a quarter century old. And that's not to suggest that time has stood still for Hassell since the music on this three-disc set—lavishly housed in a small 24-page hardback book that, in addition to photos and relevant artwork, includes commentary by Hassell and writers Glenn O'Brien and Simon Reynolds, as well as text excerpts from a 1989 radio interview with Brian Eno—was recorded. Expanding upon the original 1990 release by including a remastered version of the original 57-minute album; a 68-minute live performance from 1989 (with Hassell's group appearing at New York City's World Financial Center Winter Garden, its music blended with curator Brian Eno's multimedia installation sonics); and Psychogeography: Zones of Feeling, a CD that collects alternate takes, demos and reinterpretations, all painstakingly sequenced by Hassell into what is essentially his first new recording since Last Night the Moon... , it's simply that, in Hassell's world, music is something that transcends time, space, genre....and many other things as well.

If Hassell's ongoing marriage of the acoustic and the electric, the antiquated and the modern, the cerebral and the physical, the intellectual and the sensual—and, more than most, a method of truly dissolving borders between disparate cultures—has continued to evolve since it was first released nearly a quarter century ago, City: Works of Fiction still stands as a landmark in a career peppered with them. The remastered original album sounds bigger than it did on the original release, and represents Hassell's clear demonstration that music for the head and can also be music for the heart, the soul...and the feet.

"Voiceprint (Blind From the Facts)" opens the record with as much an approximation of where Miles Davis might have gone, had he not turned away from his groundbreaking electric music of the '70s and, from the mid- '80s through to his death in 1991, moved towards a far more listener-friendly kind of instrumental music where he chose not to write music that would fill the label's coffers more than his own. Instead, with Hassell's music, the rhythms are complex, and there are sampled voices and other textures that, especially once Daniel Schwartz enters with some serious thumb-slapping and finger-popping electric bass, create a vivid foundation upon which Hassell's harmonized horn expands and expounds. As urban as it is somehow redolent of wind-swept African vistas, it's an attention-grabbing opener that not only sets a high bar for the rest of the record, but for Hassell's career from this point forward.

If the link to Davis is a partial undercurrent throughout the record, it's no mere imitation or copycatting. If anything, despite there being two sources of percussion—keyboardist Jeff Rona, who also contributes sampled percussion; and master of all things struck, electro-acoustic percussionist Adam Rudolph— the music of City is paradoxically less dense yet more sonically expansive than the jungle funk of mid-'70s Davis albums like Pangea and Agharta (both Columbia, 1975). The connecting thread is, however, Hassell's percussion-heavy disposition, one which combines with a processed trumpet that, at times, sounds like it's not just being played through a prism to refract into a world of color, but somehow squeezed through it—a clear precedent for contemporary players like Switzerland's Erik Truffaz and Norway's Arve Henriksen and, in particular, Nils Petter Molvaer.

Hassell's compositional structures are also more fully-developed than Davis' '70s efforts, even if they are no less abstrusely designed. By the 1970s, Davis was more about improvisation, with producer Teo Macero creating form, collage-like, from hours and hours of studio jamming—oftentimes based on a hypnotic grooves and fixed pedal tones or repetitive bass lines. Hassell, too, is an improviser, but one who creates sonic shapes and landscapes that couldn't happen without an underlying concept. And as open-ended as music like "Mombasa" is—and as largely predicated on Rudolph and Rona's layered polyrhythms as it appears to be—the back-and-forth thematic/textural constructs of Hassell's horn clearly come from, at least to some extent, preconceptions that allow the piece to assume its shape and overall forward motion over the course of eight minutes.

What is, perhaps, most remarkable—and revealing—about this expanded edition of City: Works of Fiction is how the group performing on the second disc sounds much as it does in the studio, despite being sourced from Brian Eno's live mix on September 17, 1989, from the Wintergarden installation inspired by "the hunting, ceremony, animals, and weather sounds of the Ba-Ya-Ka pygmy tribe from the Cameroon, gathered by adventurer Louis Sarno." The music may, indeed, be more immediate—and there may be more inherent risks being taken throughout—but from the second track, the slow, sensuous "Alchemistry," with Schwartz's harmonic-driven, sinewy bass lines, Rudolph's array of percussion and Hassell's sparely shaped lines, it's clear that the trumpeter's conception is something that may be altered by the environment in which it finds itself, but which is nevertheless absolutely and unmistakably true to itself—music that can adapt to most any context without losing sight of its intrinsic veracity.

Verisimilitude is, indeed, the key; when the group moves into "Adedara Rising," with Rudolph's simple stick-driven pattern, Schwartz's thumb-popping/finger- slapped bass, guitarist Gregg Arreguin's funk-informed but somehow otherworldly wah wah-driven colors—one of the first times he's clearly identifiable, so processed is this music that it is, at times, difficult to discern who is doing what—and Hassell's carefully constructed, vertically-layered horn, with Eno's sampled voices seamlessly blending in, the result is something that couldn't be created without the technology of the time while, at the same time, remains unequivocally possessed of landmarks from the cultural touchstones that precede it. The way that the music plays with meter—seeming, at the beginning of "Mashujaa," to be irregular yet, on closer inspection, only feeling that way because of how Schwartz has subdivided the time—is but one example of the complexities that underscore Hassell's music, even when it manages to come together with such seemingly effortless ease.

There are hints of ambient music on "Paradise Now," though the inevitable feeling of forward motion commands attention in a way that dispels such a description, while the set-closing "Nightsky" feels even more closely aligned, as the sounds of cicadas and other insects cheep along with those of birds to create a sound world that can somehow be seen as much as heard, even though this is an audio-only release. As the cinematic set-closer draws to a long, slow fade-out, it's only the minute or so of applause that returns attention back to this world, in this moment.

The final disc in the set, culled from rehearsals and improvisations in Hassell's West Hollywood living room, recording studio outtakes and a track taken from the vs. 808 State—Voiceprint (Blind From the Facts) (All Saints, 1993) EP ("Streetfaxx"), along with more modern remixes of City material by Manchester England's 808 State, London's Bass Clef (aka Some Truths) and patten, and Vancouver, Canada's No UFO's (a reference to Juan Atkins' landmark techno record of the 1980s) would seem, on paper, to be a mixed bag; far from it, however. Instead, with such careful attention to sequencing, Hassell has created a veritable new recording that uses City: Works of Fiction as its foundation, but moves it ahead 25 years into the 21st century. Despite there being pauses between each of the 18 tracks, the entire 78 minutes seem to pass by as an uninterrupted flash.

That said, the remixed music does evoke a significant contrast to music made by Hassell and his group, and while it's unequivocally contemporary, its interpretation of Fourth World Music isn't always what Fourth World Music seems to be. The gut-punching bass notes in Bass Clef's "Red Rose Empire," for example, feel a little out of place with Schwartz's more organic work on tracks like the slow funk of "Freeway," Hassell's sampled trumpets reminding him, as he says in the liners, "of the sound that tires can make on some kind of highway surface." patten's techno-driven "Metal Fatigue" feels completely synthetic in contrast to Hassell's "Cuba Libre" which precedes it, where the trumpeter translates "the texture of Indian raga to my '80s world of minimalism and Miles," with Rudolph's hand drums and Schwartz's bass appearing to be the only fully natural sounds on the track, though Hassell's processed horn still feels somehow organic, even as some of it is looped to create a backdrop for a combination of keys, guitars and front-of-the-mix trumpet.

The combination of a remastered City: Works of Fiction, a live recording from the time to give even greater context to the studio recording, and a third set of music that, culled from a variety of sources, comes together to push the music into the new millennium, makes City: Works of Fiction (Expanded Edition) the definitive edition. It's also the first, rumor has it, in a series of Hassell reissues about to come from All Saints. If the kind of time and energy put into City is also taken with future reissues, then not only are Hassell fans in for some real treats, but with his already timeless music given new visibility in the 21st century, the 77 year-old innovator stands to garner some new fans as well—further cementing his position as one of the most innovative and influential sculptors of sound worlds across the past half century.