By NENAD GEORGIEVSKI
November 1, 2020
Sign in to view read count 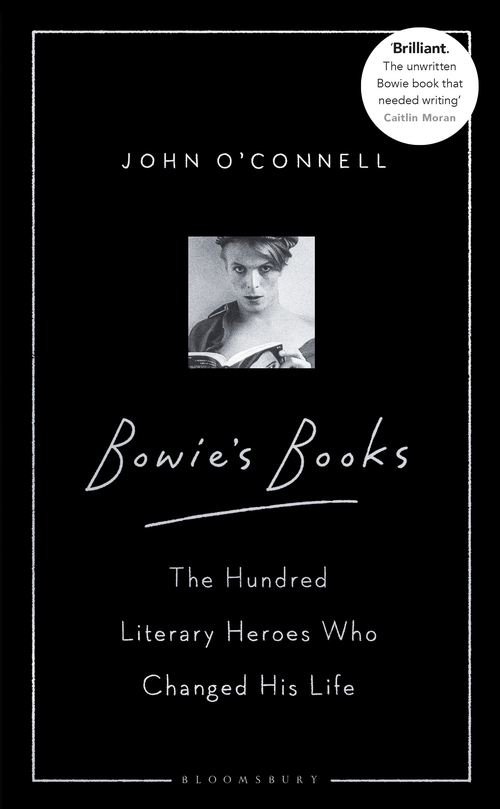 Only a handful of musicians have embraced the continuous changes of musical directions, characters, and styles that singer David Bowie has during his long and illustrious career. It is difficult to embrace or fathom the enormous influence and impact that he had on worldwide culture across the many decades as it spread to so many areas beyond music. He was a musical vanguard and much more, someone who never failed to express and impress. It's amazing that during the course of his career he was able to sustain and develop the ingredients that have made him what he had become—a legend.

One of the things that have made him what he became, was the creative and intellectual curiosity that fueled his interest in so many areas beyond music, fashion, film, and arts. That insatiable curiosity arrived from lifelong of learning and it showed through constant reinventions. No wonder in the documentary about the electronic pioneers Kraftwerk Pop Art, journalist and writer Paul Morley calls him the equivalent of Google as his albums were so much more than only music. They were busy intersections where many arts and information crisscrossed and where people of the pre-Internet era had the first taste of what the next big thing would be.

So it would not come as a surprise that one of the most vibrant minds, a creative polymath, and consummate storyteller was an avid book reader. As someone who found inspiration wherever he could and was snatching creative ideas from everywhere he could, obviously many of those ideas came from literature. And obviously, as an autodidact, books were also crucial for his artistic and intellectual development. So it is no wonder that when he posted on Facebook a list of 100 most influential books would arouse so much interest. His love for literature was evident on many occasions and he discussed that in many interviews. It was recorded that when he traveled to Mexico in the mid-'70s to star in the movie The Man Who Fell to Earth that he had shipped with himself a gigantic library of 400 books to accompany himself on the set. Even during tours, he would toggle a cabinet with books aka a portable library.

As novelist Walter Mosley has pointed out, a person's bookcase can tell you everything you need to know about them. The task of examining and charting Bowie's artistic development compared to this list with books and how these books may have influenced his music, interests, and other work was taken on by John O'Connell. The author underlined that these selections were not Bowie's favorite books but those that he regarded as most important and influential to his life and work. The result of this is a book that like a summation of a long and avid musical exploration and reading. In just over 250 tautly written pages, thick with the knowledge gained of long research, O'Connell provides much insightful and interconnected information and examinations about how these literary works might have impacted Bowie's work and life. The book is a page-turner, with a passionate engagement with the subjects that books listed here carry.

Bowie's selections are fascinating and deeply idiosyncratic. Unsurprisingly, his interest ranged from dystopian books like A Clockwork Orange by Anthony Burgess and 1984 by George Orwell to philosophy, the beatniks (Jack Kerouac's On the Road), different areas of music, with selections such as John Cage's Silence: Lectures and Writing, Peter Guralnick's Sweet Soul Music: Rhythm and Blues and the Southern Dream of Freedom, Greil Marcus' The Mystery Train, religion (Elaine Pagels Gnostic Gospels, Russian classics (Mikhail Bulgakov's The Master and Margarita) including lesser-known works of literature, history.

Bowie's Books is a beautiful read. The author delivers a mesmerizing and compelling book that manages to tell a broader story of Bowie's work in a way that has never been done before. He has a talent for deep research and these writings occasionally border on the academic but they are always an absorbing read. Brimming with insight and wit this book is a thrilling journey through the stacks that reveals how these books might have influenced Bowie's work and life and through his work, our lives.