By John Eyles
October 31, 2020
Sign in to view read count
When Elsewhere released its three-album Piano Series No.1 in the summer of 2019, the All About Jazz review of it concluded as follows,"This Piano Series consists of three distinctively different recordings, any one of which would have attracted attention and plaudits in its own right. It is a measure of the quality of the series that it is impossible to single out one of the three as being the best of the bunch; they are different but equal. Roll on Series No. 2..."

In autumn 2020, the label released Piano Series No. 2 and, uncannily, that quote applies to these three albums just as much as it did to the 2019 ones; the only alteration would be, "Roll on Series No. 3..." Series 2 features three pianists from Series 1—Melaine Dalibert, Shira Legmann, and Reinier van Houdt plus Dante Boon who joins van Houdt on a two-piano performance on l'air, l'instant-deux pianos . Unlike Series 1, on which Michael Pisaro was heard on sine tones alongside Legmann's piano, the only sounds heard on Series 2 emanate from pianos. Pure and simple... 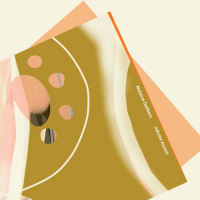 Of Elsewhere's first fourteen album releases, four feature French pianist and composer Melaine Dalibert, as do the label's first two download-only singles released in March 2020. On his previous release on the label, Anastassis Philippakopoulos: piano pieces, Dalibert was playing compositions by the Wandelweiser member named in the title, but on Infinite Ascent he has returned to playing his own compositions as he did on Musique Pour Le Lever Du Jour (Elsewhere, 2018) and Cheminant (Elsewhere, 2019). The contrasts between the music on his four Elsewhere albums serve to illustrate Daliberrt's versatility and the evolution of his playing and composing. Infinite Ascent—an evocative title conceived by David Sylvian, who also contributed the cover art—comprises eight pieces ranging in length from about one-minute-and-a-half to almost six minutes, thirty-four minutes altogether.

On his shift away from extended compositions such as the hour-long title piece of Musique Pour Le Lever Du Jour Dalibert has commented, "I wouldn't have thought it two years ago, but I started to step aside from my algorithmic systems to write very intuitive music, kind of pop-songs. It is surely a transient phase, but it seems to me to be necessary so as not to lock myself into certain procedures. It's very important for me to feel free to write outside of any academy or tradition." Compared to the spacious, deliberate, resounding music of the hour-long piece, these compositions are far fuller and brisker. While they may not match Dalibert's description "kind of pop-songs," it is easy to see his point as they are more up-tempo and melodic, maybe even "catchy." Interestingly, "Maelstrom" (YouTube below), one of the Dalibert singles, was recorded in December 2019 at the Infinite Ascent sessions but Melaine decided not to include it on the album as he thought it was a bit different from the other 'song-themed' pieces. However, despite the stylistic contrasts between different Melaine pieces, they are all part of the same rich tapestry. 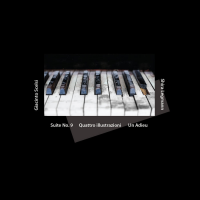 Although the German-born Israeli pianist Shira Legmann is also an interdisciplinary artist who creates new compositions and soundtracks based on graphic novels, animation and video art, having collaborated with artists from the fields of plastic art, dance and design, she is best known as a concert pianist who frequently performs in Europe, Israel and USA. To date, it is this side of Legmann which has been showcased on Elsewhere. Legmann has a broad repertoire stretching from Baroque to contemporary composition as exemplified by her first Elsewhere release with Pisaro and this one featuring three compositions by the underrated but influential Italian Giacinto Scelsi (1905-1988).

On live concert recordings, dating from 2014, in Tel Aviv, Legmann plays two extended Scelsi compositions from 1953—near the start of his so-called second period—the nine-part "Suite No.9 'Ttai' " and the four-part "Quattro illustrazioni." These pieces are tailor-made to highlight Legmann's talent as a pianist; while technically perfect, her playing invariably gets the emotional temperature just right and eloquently conveys their stories. Anyone unfamiliar with Scelsi would be well advised to make this their starting point. Fittingly, the album concludes with the shorter "Un Adieu" recorded in Tel Aviv, in June 2020, Legmann once again getting under the skin of the piece and capturing its mood perfectly.

Beguiling as she is playing other composers' pieces, some time soon it would be good to hear some of Legmann's own. Next time maybe? Until then, this album will do very nicely, thank you. 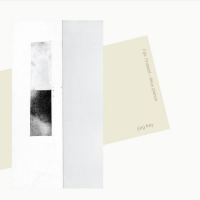 Irrespective of the label it appears on—be it Elsewhere, Erstwhile, Edition Wandelweiser, Another Timbre or even Irritable Hedgehog—Jürg Frey's name on a recording long ago became a guarantee that it would be both interesting and enjoyable, whether he was credited as player, composer or both. Frey's second Elsewhere release l'air, l'instant—deux pianos is the latest example of this. On it, he is credited as composer and his music is played on two pianos by van Houdt and Boon. The hour-long album features two compositions written for two pianos, the seven-part "Toucher l'air (2019)," and "Entre les deux l'instant (2017-8)."

Right from the first notes of the album, it is clear that we are in very different territory to either of the albums above. The music bears the unmistakeable hallmark of Wandelweiser, Frey being a long-standing member. The stately pace and the spaces which allow every note to be clearly heard from beginning to end are as distinctive as fingerprints. The two pianists (Boon himself being a Wandelweiser member, of course) are ideally suited to the task of playing Frey's music and they do not disappoint, sounding totally tuned into each other's brainwaves and to Frey's intentions. Altogether, simply exquisite.