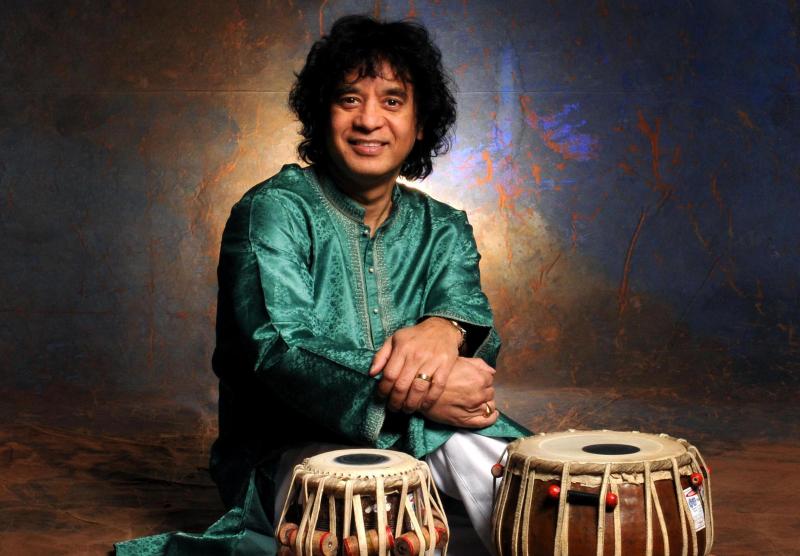 When SFJAZZ decides to throw a party, it does not fool around.

For evidence, you had to look no farther than the presenter's 2017 gala, celebrating both the 5th anniversary of the organization's impeccable new home smack in the middle of city's cultural district and a lifetime of pioneering work by master percussionist Zakir Hussain, the latest recipient of the SFJAZZ Lifetime Achievement Award. Delivering the honors was an embarrassment-of-riches cast that included saxophone giants Joe Lovano, Joshua Redman and John Handy; guitar eccentric Bill Frisell; trumpeter Terence Blanchard; explosive drummers Cindy Blackman-Santana and Eric Harland; vibes innovator Stefon Harris and chamber music iconoclasts the Kronos Quartet. Plus the star-studded SFJAZZ Collective. And, at the after party, just in case you thought you had everything figured out, club jazz tornado Snarky Puppy sharing its funky goodness with...folk-rock legend David Crosby!?!

If nothing else, it made you proud to be a citizen of this great and confounding city, considering how most other burgs don't experience this much high-level jazz in a year.

With a menu that ranged from "Caravan" to Bollywood film music, and a different cast of stellar musicians for each tune, it would have been easy to succumb to cultural whiplash. But Hussain's high-level musicianship and brilliantly responsive listening were a uniting thread and a force of wonder, no more so than in the opening number. "Canto," written by saxophonist David Sanchez for the Collective, began as a gentle meditation and turned into something beyond that—a reverent communication with the cosmos, perhaps—as Sanchez's beautifully articulated melody lines and Hussain's subtle, amazingly adaptive rhythms converged and diverged.

Turns out the sax makes an awfully good companion to tablas, as evidenced by an equally sublime conversation with sax great and Charles Mingus cohort Handy, who gave Hussain plenty to dig into as the two duetted on "Alamo Suite, Part 2."

There were plenty of highlights without Husain, too, as when Lovano and Redman united on Lovano's "Blackwell's Message," a bouncy slice of pure elation animated by Harland's New Orleans-inflected rhythms and the razor sharp interplay between the saxophonists.

Later, Frisell accomplished the unlikely task of outshining Harris on a tune by vibes giant Bobby Hutcherson. Harris' playing on the Hutcherson classic "Little B's Poem" was impeccable and passionate. But Frisell, tunneling deep into the melody, delivered a restrained, meditative solo of such sublime beauty you just had to marvel at what the lad can accomplish when he's not going all cowboy on us.

And the Pups, who have lately adopted Crosby as their BFF (Biggest Fan Forever)? You had to wonder about this mutual admiration society as the combo started off by limping through a couple of Crosby's more recent, folk-inflected numbers. But once the aging rocker and celebrity sperm donor loaded up his Stratocaster and the Pup patrol launched into a spirited, funk-enhanced run through the Crosby, Stills & Nash classic "LongTime Gone," it all made sense.

Of course this was going to work. That's just what happens at one of the music world's premiere miracle factories.

David spends his free time covering jazz in and around the Bay Area.