By Nenad Georgievski
December 20, 2014
Sign in to view read count 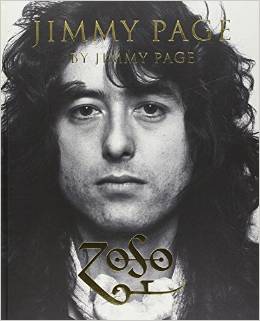 Of the truly talented musicians of our lifetimes, very few can rival the accomplishments and the stature of guitarist Jimmy Page. This enigmatic music genius and mastermind behind one of the best, if not the best, rock and roll bands of all time, Led Zeppelin, has had a storied career like no other. He has been renowned for many things like his guitar wizardry, compositional skills, production prowess, and interest in the occult. His innovative guitar style, production and writing has influenced decades of musical genres in both large and subtle ways.

Page has also been known for the difficult and prickling relationship with the music press. Throughout his career as a musician, he appeared as an intensely private and reticent man who has kept his private life very private, especially when questioned about personal issues, but has been articulate interviewee whenever asked about music. In Led Zeppelin's heyday, most of the mainstream music press hammered the band's music and he simply turned his back on the music writing community. Even the rest of the band members of Led Zeppelin were never really great givers of interviews. For long periods during their time together, each of them was as communicative with the press as a silent order.

This year, Page turned 70 and the interest regarding his life and work never waned as time went on, but on the contrary, with the re-releases of lavish editions of Led Zeppelin's catalogue and the band's charity reunion concert at O2, Page is at the centre of musical happenings again. And in the midst of this storm and activity, the renowned publisher Genesis Publishing released a unique visual autobiography of Jimmy Page's storied work life dating from his earliest beginnings up to the present. Equally mysterious and protective about his private life and contrary to the popular wave of personal memoirs by popular stars, Page decided to tell his story, but through a series of photographs.

The Guilford based Genesis Publication is world renowned for exclusive -work of art -limited editions of signed books and photographic prints by authors ranging from The Beatles, Bowie to The Buckingham Palace. What is common for these books is the care, quality and the attention to details invested in these books. Most of the time these are printed using traditionally bookmaking crafts. The first edition of Jimmy Page by Jimmy Page was published in 2010 to a limited run of 2500 copies which were sold in the first few weeks. The 2014 edition is also a state of the art print, but with more affordable prices, consisting of more up to date photographs of Page's life.

The book assembles 600 photographs all personally chosen by Page, and allows people to read their own history of Page's working life as a musician. This book is filled with photographs and memorabilia starting from Page's childhood when he was a choirboy in the church of Epsom. In his memoirs Soundman (Blue Rider Press, 2014) producer and engineer Glyn Johns (and engineer of the first Led Zeppelin album) remembers his first encounter with Page there at the church in Epsom when Page took part in a talent night playing his guitar and probably had won. So obsessed was he with the guitar that at school he had his guitar confiscated every day. Page was a self-taught guitarist who learned by ear to play songs from recordings by skiffle musicians such as Lonnie Donegan and American rockers Elvis Presley, Eddie Cochran and Gene Vincent. The photographs show Page with a guitar in his hand learning the craft with various local Epsom bands including the Red Caps who soon changed their name into Neil Christian and the Crusaders.

Long before he rode the high tide with the Yardbirds and before he conceived the idea of Led Zeppelin, Page made a name for himself as a session player. Due to health issues as a result of constant touring and partly because he realised that an in-demand session guitarist was better rewarded that most musicians in chart bands he took on a job in the studio. No one really knows how many sessions he had played on and since the documentation has been lost, no one will ever know for sure. But his guitar can be heard on many hits of the time like Chris Farlow's "Out of Time," Joe Cocker's "With a Little Help From My Friends," The Who's "I Can't Explain" and a myriad of film soundtracks, records, jingles, songs. What these photographs show is the working environments of the studios and the people he worked with. What the session work allowed Page was to equip himself with a formidable array of different guitar techniques that the session player might be called to demonstrate. In the studio trenches he became proficient enough to deliver in a broad array of styles in multiple genres. It also kept him alert to every new and esoteric musical trend that was becoming popular in the '60s.

But this book does not consist of photographs only. Depending on the era, Page would insert memorabilia item, like passports, permissions, newspaper clips, images of singles, posters and tour itineraries. In 1965, when guitarist Eric Clapton left the Yardbirds, Page was offered his place as a lead guitarist, but he declined and instead proposed his friend Jeff Beck. But when bassist Paul Samwell —Smith left the group in 1966, Page, up to that point was fed up with session work, joined the group and took his place. Soon he took over the guitar duties and for a while both of them were a formidable duo on the guitars. When Beck dropped out of the band, Page took over the band and turned the band into a powerful quartet. Next, the Yardbirds became his laboratory where he designed much of the sound and the approach he would later use in Led Zeppelin, and as the plethora of photographs show, he will transform from anonymous studio musician into a flamboyant rocker with a swaggering onstage persona.

When Yardbirds disbanded Page quickly assembled his dream team or John Paul Jones on bass and keyboards, Robert Plant on vocals and John Bonham on drums, and the revamped act fulfilled the previous line-up's lingering commitments in Scandinavia as the New Yardbirds. The chapter of mighty Zeppelin begins with rare photographs from that tour. By the time Zeppelin began flying, the psychedelic idylls and flower power were soon over, and the band's debut heralded the approach of the greater storm. The debut was unlike any other album of that era. It was a recorded statement of their first few weeks together. The playing was blues based but coated with fuzzy overtones and splenetic distortion. This was "heavy metal" fully manifested in all its ponderous pop. Apart from the publicity photographs, the book showcases the band working in various studios throughout the years, but most importantly, it portrays the band playing live on stage.

Zeppelin was destined to be the taste of FM radios, their albums were sold in huge quantities, their tours were gigantic affairs and their image was one of gloom and mystery. Live, they were casting out potent spells. Really few bands could control large crowds with the broody confidence of Led Zeppelin, which delivered its music in stadium-shaking volumes, with Page lording over the worshipful with a flourish of the violin bow. And these photographs chart the maturity, growth and expansion of Led Zeppelin throughout its historic 12 year flight. Stooped at his Les Paul guitar or gleaming acoustic, dispensing songs that were rife with Celtic mythology and Druidic symbolism, he and his band perfected the image of electric blues modernists whose music flirted with the supernatural.

The premature end of the band saw surviving members calling it quits and each taking a route of their own. While in the first half of the 80's he was active musically, it was mostly done out of the public's eye. Page undertook many music adventures where some were more fulfilling than others. He scored the soundtrack for the sequel to Death Wish II,(Wea International, 1982) the Charles Bronson vigilante fable, then began jamming live with Jeff Beck and Eric Clapton on their concerts until he joined ranks with all of them and the cream of British rock royalty for the ARMS tour, which was instigated by The Face's Ronnie Lane (who was suffering from multiple sclerosis) and the tour benefited both ARMS research and later the Prince's Trust.

The following chapters closely follow Page's solo career with The Firm, the band he assembled with singer Paul Rogers, The Outrider (Geffen, 1988) record and tour, including the partnership with singer David Coverdale of Deep Purple and Whitesnake fame. As for Led Zeppelin in its afterlife, there are photographs of the Live Aid reunion, surprisingly no pictures of the Atlantic 40th Anniversary reunion in 1987 or the reunion in 1995 when Zeppelin was inducted in the Rock and Roll Hall of Fame (where they played with Aerosmith and guitarist Neil Young), the successful reunion with Robert Plant and the subsequent tours that followed, all crowned with photographs from the winning Led Zeppelin concert at the O2 in 2007. Still, it does not end there, but it features photographs from his performance at the closure of the Olympics in Beijing, which Page said it was his greatest non-Zeppelin achievement, stills from the It Might Get Loud documentary ending with some of the highest honours ever given to him, the Kennedy Awards and the Honorary doctorate for Music at the Berklee College of Music in Boston in May 2014. In between there are lesser known, behind the scenes photographs, like with photographs from various trips around the world sprinkled with brief commentaries by Page.

This book illustrates a great and illustrious music life rather than a photographic greatest hits collection. Dedicated fans will undoubtedly go to the ends of the earth for their icons and without a hint of a doubt Led Zeppelin has some of the most obsessed hard core fan base ever. Since the band's tours were known for exercises of hedonism of the highest order, bizarre misadventures, hotel trashings and groupie fests, that part of the history won't be found here. Anyone looking for an expose on high jinks behind locked hotel doors, the lowdowns on dabblins in magic, the full exposure of his private life, controversy, this book will be scoured in vain. Music is at the core of this photographic journal. That's where it starts and that's where it's going to end. The story of Jimmy Page is mostly well-documented, but Jimmy Page by Jimmy Page largely manages to provide some fresh insights and is a worthy document of one of the most important and intriguing rock and roll musicians, that still storms the world of music today.