Robert Anthony Plant, CBE (born 20 August 1948), is an English rock singer and songwriter, best known as the lead vocalist and lyricist of the rock band Led Zeppelin. He has also had a successful solo career. After the break-up of Led Zeppelin in 1980 (following the death of John Bonham), Plant pursued a successful solo career beginning with "Pictures at Eleven" in 1982, followed by 1983's "The Principle of Moments." In 1984, Plant formed a short-lived all-star group with Jimmy Page and Jeff Beck called The Honeydrippers, who had a #3 hit with a remake of the Phil Phillips' tune, "Sea of Love." Pairing with Led Zeppelin guitarist Jimmy Page as Page and Plant the duo became a full-fledged performing act from 1994 through 1998, releasing the "Unledded" album in 1994

Ethno Port Zamek Culture Centre Poznań, Poland September 3-5, 2021 The 2021 Ethno Port was much closer to the festival's accustomed scale, although still with a limited audience size. There were also no freebie outdoor performances in front of the Zamek castle-palace, although this was due to the ... 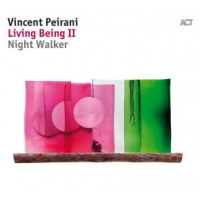 Led Zeppelin and the accordion is an unlikely pairing, but then so is a collection that mixes the compositions of Robert Plant, John Bonham and Jimmy Page with Sonny Bono. Nice, France native and multi-instrumentalist Vincent Peirani has recorded five albums as a leader/co-leader for ACT Records. Living Being ll--Night Walker is the follow up to ...

Headliners and Rising Stars at the 2018 Montreal International Jazz Festival 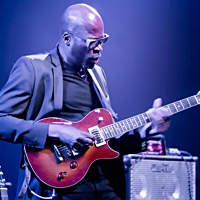 Part 1 | Part 2 | Part 3 | Part 4This year marked one of the best and most well-balanced indoor (paid indoor events) and (free) outdoor lineups at the Festival International de Jazz de Montreal (FIJM). The strength of the lineup stretched across genres and also maintained a consistency over the course of ...