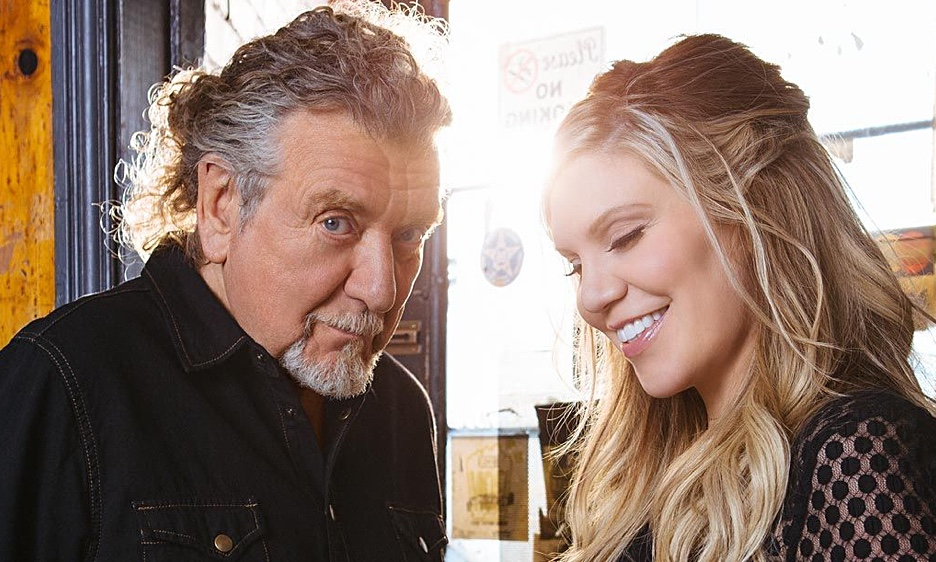 One thing was established at Thursday night's Robert Plant/Alison Krauss concert: Denver is a fashion hotbed for aging rock stars.

Before we get to the proof, let's discuss the store: Rockmount Ranch Wear in downtown Denver.

Rockmount traces its lineage to 1946 when it was founded by Jack A. Weil. Weil loved the business so much he continued coming to work even when he was 107 years old, making him the oldest CEO in the world. The store has passed through the generations and is now operated by Weil's great-grandson.

Rock and other stars have been dropping in for decades and strutting their Rockmount stuff world wide. For instance, the DVD of Cream's 2005 Royal Albert Hall reunion sported Eric Clapton rocking not one, but two different Rockmount shirts.

The distinguishing facet of Rockmount's cowboy shirts that make them so popular with the popular crowd is their unique sawtooth breast pocket flap with two diamond-shaped pearl snaps on each flap.

Yes, it's not named ROCKmount for nothing.

Besides his choice of shirt, Plant's other selections were equally impeccable starting with his harmonizer, the incomparable Alison Krauss. Plant and Krauss had previously intwined their voices 15 years ago with an album named Raising Sand (Rounder, 2007) and subsequent tour. After that tour, further harmonic attempts became discordant, and a further vocal union was shelved. Then, last year, the pair reunited and recorded Raise the Roof (Rounder, 2021) and are now touring in support.

Plant has long been interested in different musical forms from around the world. The song selection on the current tour as well as the music itself drew from many locales. Plant and Krauss' albums are sometimes lumped into the single classification of "Americana" mainly because of Krauss' presence as well as the production by T Bone Burnett who's been known to travel in circles where an occasional twang doesn't seem out of place. But "Americana" is a superficial characterization.

Simply joining forces with Krauss conjured great musical diversity all by itself. Krauss has firmly established herself as a progenitor of contemporary bluegrass with an angelic voice and some mean fiddle chops. Plant, of course, will never shake his rock 'n' roll godliness with the primal screams and flowing mane. And, as Plant mentioned during the concert Thursday night, most of his career was spent out front of the band singing alone. He admitted he came to harmony singing rather late in life.

But old dogs, rock stars, and Rockmount patrons can, indeed, learn new tricks. Plant and Krauss begin their shows by symbolically entering the stage from opposite sides. If Plant's first and main influence is the blues from the Mississippi Delta, hers is the music of rural Appalachia, not too far northeast of the Delta. While perhaps not too far removed geographically, these musical types seemed segregated for much of their early history with white Appalachians drawing on music from Ireland and England while the blues emerged from Black suffering at the hands of whites and drew from African influences. The seemingly unlikely pairing of these singers from two different worlds and backgrounds was a pleasant surprise from the beginning and continues to be delightful. Their vocal harmonies are, indeed, unique.

The song selection broke down like this: nine from the new album, four from their first (including one originally by Plant and Led Zeppelin guitarist Jimmy Page), three Zeppelin covers, and one by Ray Charles. The majority of the tunes were from the 20th Century with the exception of "Quattro (World Drifts In)" by the band Calexico from 2003. That band is itself an amalgamation of styles described by Wikipedia as a combination of mariachi, conjunto, cumbia, Tejano, country, jazz, and post-rock. Whew!

Other songs were a nod to old-time rock and roll with two tunes by the Everly Brothers, "The Price of Love" and "Gone, Gone, Gone." New Orleans was represented with two Allen Toussaint tunes, one written when he was using the pseudonym "Naomi Neville," "Fortune Teller" and "Trouble with My Lover." Plant made a point of mentioning where each band member was from and at one point observed that the British contingent on Thursday night, "sadly numbers only one." But he went on to describe how the next two songs were written by British singer-songwriter Bert Jansch (1943-2011). Plant sang lead on the first with Krauss backing, then vice versa on the next. The first, "Go Your Way" is credited on the latest album to Anne Briggs, another Brit, but was a song she performed with Jansch and Jansch recorded on his own as well. The second, "It Don't Bother Me" had the kind of haunting minor-key atmosphere often found in bluegrass as well as much of Krauss' work with her band Union Station. Back in his Zeppelin days, Plant explained his influences which, not surprisingly, included blues players, but he singled out Ray Charles as the guy he tried to sound like. So it was fitting, that the set list included Charles' "Leave My Woman Alone," a song that was also covered by the Everly Brothers.

But how many people went to hear Led Zeppelin tunes? Well, everybody! The three Zepplin tunes all came from Led Zeppelin IV (Atlantic, 1971). "The Battle of Evermore" was a natural for the vibe of the evening, plus a female vocalist was conveniently available. Krauss played the part of the late Sandy Denny who appeared on the original album. The other two covers took some plastic surgery to face this particular crowd. The anthem, "Rock and Roll" had its classic guitar lick transplanted with a fiddle. The lyrics seemed fitting given Plant's resistance to recreating Zeppelin with Page, Jones and Bonham, Jr. "It's been a long time since the rock 'n' roll/It's been a long time since I did the stroll." Krauss got in on the fun with the "Oo, yeah"s.

"Battle of Evermore" has a mysterious sound to it and the eerie atmosphere continued as the introduction to the next song which turned out to be "When the Levee Breaks." Krauss had her violin out for this one and she was joined by Stuart Duncan for a twin violin brood-fest. The original Zeppelin version of "When the Levee Breaks" has one of the heaviest, most iconic drum parts in all of classic rock. Plant has covered this one before in his solo career and he tends to hold the drums in reserve until well into the song. That pattern held Thursday night for some clever musical irony. "When the Levee Breaks" included a quote from "Friends," a song from Led Zeppelin III, (1970, Atlantic). The creepy lick was delivered by the twin fiddles; with Krauss again quoting the heavy metal rockers, but it was a lick that could have been simultaneously birthed in Appalachia, ancient England or maybe even the Mississippi delta. Convergence.

These two singers from two different worlds brought a unique harmony and blend of their diverse musical styles. And, of course, some stylish ranch wear.

Rich Woman, Quattro (World Drifts In), Fortune Teller, The Price of Love, Rock and Roll, Please Read the Letter, High and Lonesome, Last Kind Words Blues, You Led Me to the Wrong, Trouble with My Lover, Go Your Way, It Don't Bother Me, Leave My Woman Alone, Battle of Evermore, When the Levee Breaks, Gone. Gone, Gone. Encore: Can't Let Go.