Jazz Life: A Journey for Jazz Across America in 1960

By NENAD GEORGIEVSKI
August 3, 2014
Sign in to view read count 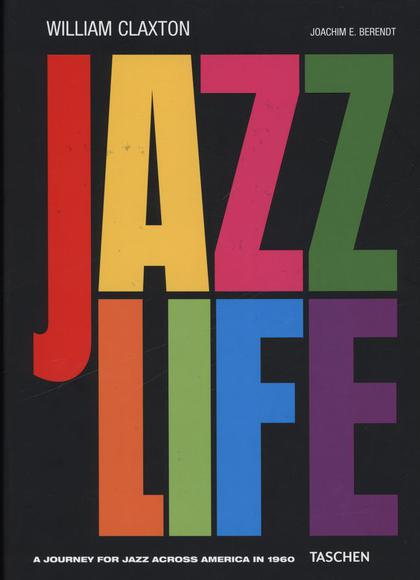 A single photograph can say and convene more than a thousand words. Although music itself can't be photographed, only a handful of photographers ever got closer to pulling it off than photographers such as Herman Leonard, William P. Gottlieb or William Claxton, to name but a few, whose photographs have captured music's inexplicable quality. Musicians and music photographers have always engaged in a special kind of dance mainly because they need each other. In some cases, this exchange will develop into a trusting relationship where the performer can relax and let the photographer snap away, either on stage or off, with an agreement that everyone will benefit from the resulting images.

Regardless of people's views on the nature of photography, whether it is an artistic medium, a tool for recording and archiving both personal and public events or a tool for affecting people's opinion, the photography has always served as a powerful vehicle for communicating values and dreams. Back in 1960, German jazz fan and musicologist Joachim E. Berendt and photographer William Claxton embarked on a trip throughout the USA to various cities and places known for their musical scenes or musical history. The result to that trip is Jazz Life, a unique collection of photographs and essays that evidence and portray musicians, people, cities, festivities and the situations they encountered on their trip. The collection was first published in 1961 and has long been out of print until Taschen decided to reassemble the book including never before published photographs.

Judging from Berendt's writings these trips were not just tourist travels to locations and meeting people but more like a pilgrimage to places where music has been happening. Both the writer and the photographer have immersed themselves in the experiences these trips have given them. The travels to these locations were done pretty much around the time when writer Jack Kerouac's book On the Road (Viking Press, 1957) was immensely popular, which in the aftermath inspired countless of other travel books and probably this one. Likewise, the end of the 50's and the start of the 60's, jazz music was on a creative high, spawning masterpieces and genre defining records such as Miles Davis' Kind of Blue (Columbia, 1959) and Sketches of Spain (Columbia, 1960), Ornette Coleman's Shape of Jazz to Come (Atlantic, 1959) or Dave Brubeck's Time Out (Columbia, 1959) to name but a few.

But despite the title Jazz Life, this book gives more than exclusive photographs of musicians and knowledgeable essays about jazz. The book's choice of photographs gives faces to the culture and its many layers that gave birth to various musics, such as gospel, jazz, soul and blues. What Claxton was known for was posing musicians in unorthodox outdoor settings unlike the trademark dark rooms and cigarette smoke clouds that influenced the jazz iconography. If for one thing he took the famous photograph for the front cover of Sonny Rollins' Way Out of West (Contemporary, 1957). The book overflows with photographs of most notable jazz artists such as Miles Davis, John Coltrane, Dave Brubeck, Ornette Coleman, Duke Ellington, Dizzy Gillespie, Donald Byrd, Clifford Brown, Dinah Washington, blues guitarist John Lee Hooker and countless of others. While there are superb performance shots there, it is the pictures of musicians and people in moments of repose, contemplation, rehearsals or relaxation that attract the attention most. He employed an unforced style that accepted images as is, without any photographer interference. Claxton's camera captured images of communities, preachers, gospel choirs and singers, such as Mahalia Jackson, unknown musicians on various locations, celebrations, such as the carnival in New Orleans, children, Louisiana State Penitentiary in Angola, the music scenes in cities such as Chicago, San Francisco, Los Angeles, St. Louis, Kansas City, New Orleans, New York and other places.

The language is more scholarly, detailed and sometimes overflows with names and information that is mind-boggling. Berendt doesn't leave a stone unturned and there isn't any subject related to jazz or the scenes he investigates that he doesn't tackle. The essays, or chapters, are written in three languages—English, German and French and each translation features different photographs. Jazz music has always had a close relationship with photography, since its earliest days. One can say that both arts have developed simultaneously. When William Claxton passed away in 2008, jazz photographer Herman Leonard said the following for the New York Times "When we started out, there were hardly any other photographers doing this kind of thing because there was no money in it. We started doing it because of the love of photography and the love of jazz." The ability to capture the magnificence of this music in a single moment can still fire up the imagination, even in eras gone by. Obviously this book is a labor of love.

What both of them have managed to do was to bring the world to their vision about how jazz could not only be heard but be seen as well. Sometimes listening to music is simply not enough. We crave for more and more information, more insights about the artists which music we enjoy. The photographs in this book are another way for jazz to connect and communicate with its audiences. All of these images offer particular insights and revelations that enrich our appreciation of jazz.