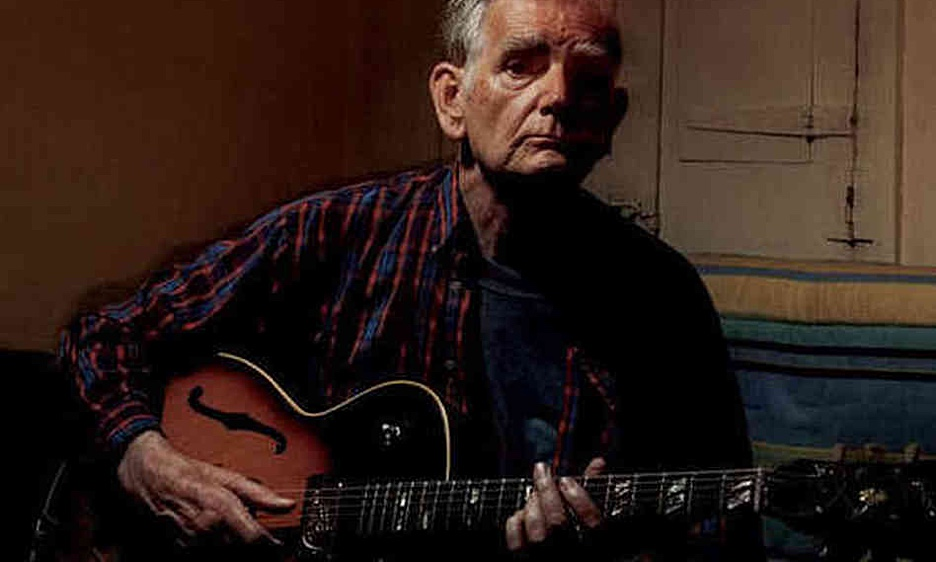 The first time a music teacher suggested I practice playing 'free,' what I heard was, 'why don’t you just go kick yourself in the nuts.' There were no rules to 'free.' There were no forms or guidelines to cling to as I swung out over the abyss like some cartoon character who has not yet realized he’s run out of cliff top.

There's a great scene near the beginning of Butch Cassidy and the Sundance Kid, when Butch (Paul Newman) returns to the Hole in the Wall Gang and is challenged for leadership of the gang. As Butch and Harvey face off, Butch says to his enormous opponent, "Let's get the rules straight first." Harvey straightens in surprise for a moment and says, "Rules? In a knife fight? No rules!" The script then says, "Butch delivers the most aesthetically exquisite kick in the balls in the history of the modern American cinema."

The first time a music teacher suggested I practice playing "free," what I heard was, "why don't you just go kick yourself in the nuts." There were no rules to "free." There were no forms or guidelines to cling to as I swung out over the abyss like some cartoon character who has not yet realized he's run out of cliff top. What was the eff'ing point?

As a young jazz player based in London in the 1970s, surrounded by boppers, and swingsters, and Dixielanders I also heard a fair amount of "free music." Most of what I heard could be considered "punk" jazz, before there was punk. It consisted of often jarring, loud and mainly clumsy honks, squawks, wails and sudden impromptu cadenzas by bearded, often bald saxophonists and pony tailed bass players and drummers in their early 20s with names like Heinrich and Kurt and Gerrard and Paul. To my ears what they created had nothing to do with jazz as I understood it, and seemed generally indulgent, uncomfortably extrovert ("Yo! MoFo, look at ME, over here!"), and non-musical. My friend Paul was a bassist who made a decent living weaving between the melodic world and the avant guard but at the time I never understood his attraction to, or ability to play "free" music.

And he was patient with me. I was trying to "get" it. We went to a Derek Bailey concert once, and it consisted of Derek playing unusual stuff in unusual ways, as usual, and doing weird and wonderful things with and to his electric guitar, while the drummer-come-percussionist crawled around a sand pit on all fours, using the sand and whistles and a soccer rattle to make a variety of noises and rhythms with a variety of odd and found instruments. I just couldn't connect with it. (I should probably more honestly subtitle this piece, the confessions of a bourgeois jazz wannabe. But I won't. I'm older and I hope a little wiser now.)

Free music had so little to do with bebop, and post-bop and neo-post-beyond-bop bop or anything, God forbid, even vaguely melodic (patoowee! patoowee!), that it made no sense to me. Ornette Coleman took a lot of listening to before he started to make any kind of sense to me, and the only "free" record I can honestly say I almost enjoyed at the time was a Warne Marsh album, Ne Plus Ultra, which ends, if you listen very carefully, with a fart and some giggling.

So why, you might reasonably ask, would I want to write an essay praising free playing as a practice that could really positively impact your playing? Well, I say, blame Larry Koonse. Larry is a wonderful player and a kind and thoughtful teacher who lives on the west coast and has had a powerful impact on my musical thinking over the last few years. He has managed to help me articulate and tackle a lot of things I couldn't previously explain to myself. Larry says he looks at playing as rather like a corporate pie chart. A third or so of the pie is made up of harmonic and melodic study: the notes you play; a third is focused on dynamics, i.e, your time feel and how you develop your musical personality; and a third is about how we use space as we play. In other words, storytelling. Are you loud, are you soft, are you high, are you low? Do your musical ideas breathe? Are there characters in your story? Is there enough shape to the flow of your ideas?

So the question becomes, how do you practice all three elements equally? The first one is relatively easy, and frankly perhaps too overemphasized in teaching jazz because it has such a mechanistic aspect to it, it is an easy fallback. But what about the other two elements?

I hear talented guitarists (and other musicians) focus on repeating preconceived solos in public the same way each time, or shredding the bejesus out of a tune, be it a blues or an up-tempo version of Countdown in 7/4 in F sharp. But ask them to play a duo with a bassist or a singer, or play an unobtrusive supportive role in the musical performance and they seem unwilling or unable to do so. And that's the real test of musicianship. It's about how you tackle filling and exploring the space you have to play in. In duo playing in particular, you get a lot of space to play in. And that can be intimidating on one level, and liberating on another.

The point being, you need to find really interesting ways to use and fill that space, or leave it open and pristine, not just on this tune, but the next and then the one after that in an evening's playing that really exposes your musical personality—or not, as the case may be, which is a lot more boring to listen to. The first thing that happens in a duo setting is that the Shredders and Preconceivers start to freeze up and stop listening. Their feel gets funky, and their phrasing starts to sound clumsy and they often start playing a lot of notes revealing some less than elegant things about who they are. (It's tough being an audient for a vulgarian. Just ask anyone who had to sit through an Andrew Dice Clay concert, or turn on the TV and be forced to listen to a certain nakedly narcissistic rich guy currently embarrassing himself and most of the rest of the country whenever he opens his mouth pretty much.)

Duo playing, as an example depending on who your partner is, can sometimes make you feel you're a "second fiddle" to someone else. In an authentic musical situation, both musicians work to support and enhance their partner's playing (or singing), sometimes leading, sometimes laying back, so there really is no such thing as second fiddle, just a twirling dance going this way and then that. It's not plagiarizing to explore something someone gives you as a gift. You swap ideas back and forth. But inexperience and quite frankly fear, get in the way too often. And that can block your ears.

I knew a great drummer who had the unlikely name of Tox Drohar (yes, it was adopted), and we met in London. I said to him, "I'll give you a ride home, where do you live?" and he said to me, "In the Ardèche region of the south of France." So we packed a drum set into the trunk of my Volvo P1800S (the one Roger Moore used to drive in the Saint TV series), and loaded his hand-made tom toms and congos onto the roof rack, and then endured the worst channel crossing I have ever had. When we finally reached his home in a crumbling farm on one arm of a beautiful valley in one of the poorest regions in France, the locals greeted him like a long lost son returned. And in response he invited me to a gathering of friends and suggested we play a duo of guitar and drums. The experience that early summer evening was both magical and terrifying. I played dreadfully and no one cared. The good feeling was all that mattered. And there was plenty of that.

Like everyone else, I've wrestled over the years with nailing the best way to tackle chords and harmony (and still do), and trying to play melodically with shape and spaces. I've worked on polyrhythms and basic independence exercises (tapping out 3 with one hand while simultaneously tapping 4 with the other then swapping hands), but the idea of a fellow musician seriously suggesting I play the first thing that came to mind with no ground rules while someone else does the same thing at the same time, and make it sound melodic, and hot, and edgy, and elegant and profound—it was too much to ask. Far from being liberated I became terrified in a way I was not at the time able to articulate. It went deep. Where were the support systems, the familiarity of II-V-I, or even tritone substitutions in fourths played in intervals of minor thirds in a descending diatonic yet subtly chromatic way? I could end up playing really badly—perhaps forever. Why was this guy trying to sabotage my playing like this? (Such is the idiocy that descends upon some of us, sometimes.) I kinda quietly freaked out and ignored the idea of free playing for years. Of course, the obvious point is, no one asked me to play that way—except me.

The whole point of playing and practicing free is to let go of that kind of thinking. Ignore harmony and chord tones and scales and the tyranny of "right notes." Ignore "swinging" per se. There is no wrong way to play free, so you don't have to obsess about getting it "right." Instead, you can focus on dynamics and— space. It's about spontaneity and conflict, peaks and valleys, shouts and whispers finally taking a bow on their own.

Larry told me he spends at least half of his practice time these days exploring free playing. And that got me really thinking. I'm not there yet but I'm trying to make it more and more what I do when I pick up the guitar, as much as learning new songs.

It's about Flow. And inventiveness. And listening to music with a fresh ear. Try it. You'll be surprised what a powerful tool it can be —if you let it. 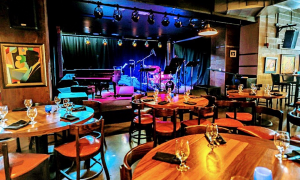