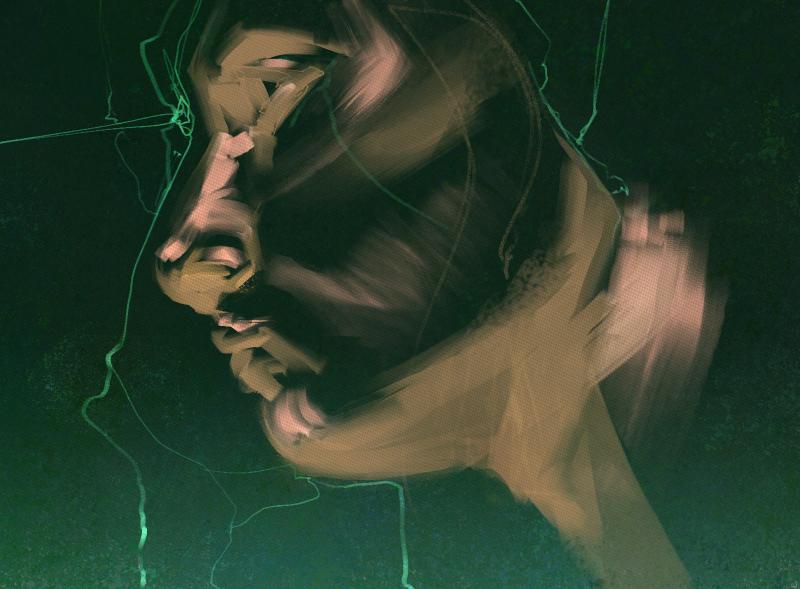 By Marithe Van der Aa
March 9, 2017
Sign in to view read count
Jazz: a form of musical expression that originated in the United States. Existentialism: a European school of thought that reached its peak in the 1940s. At first thought, we might not associate these two phenomena with one another, yet their correlation throughout history is indisputable.

Existentialism in the modern sense of the word, was largely defined in France during and after World War II. There are a considerable amount of factors one must take into account when examining existentialism's rapid rise to popularity, the first of which is cultural trauma. The experience of war in France, particularly in Paris, was notably traumatic. Both the military defeat and the occupation that followed were devastating. The Vichy Régime led by Philippe Pétain after the capitulation of France, sowed fear among the French and resulted in active collaboration with Germany. Furthermore, Pétain's claim that Germany's victory was a deserved punishment for the sins of the French dented the national pride.

When the war ended, France was in desperate need of reunification and a re-building of its lost pride. This was partially achieved in the Résistancialisme of Charles De Gaulle. Résistancialisme—a word coined by Henry Rousso in Le Syndrome de Vichy—represented the false French reconstruction of history, in which France was depicted as a defiant nation who bravely fought against German occupation. In addition to his frequent récistantialiste speeches in the mid-forties, De Gaulle was also one of the driving forces behind the épuration légale, the legal purge, in which official trials were held after the liberation of France. During the épuration, not only active collaborators were targeted, but also many of the formerly accomplished intellectuals. Writers who had openly supported the Vichy Régime, anti-semitism or fascism, or who had not sufficiently expressed their opposition towards these, were publicly shamed and in some cases even executed or given a life sentence.

As a result, the majority of the intellectual establishment had lost its legitimacy, thus making way for three other intellectual movements: progressive Catholicism, Marxism and last but not least: existentialism. These movements were all greatly influenced by the épuration; writers could no longer be separated from politics and now bore both a social and political responsibility.

Although already submerging during the war, existentialism now swiftly rose to popularity, predominantly through the works of Jean Paul Sartre, one of the key figures in twentieth century existentialism. Initially, Sartre also promoted the image of France resisting occupation, if only mentally. By 1945, however, Sartre had already become aware of certain dangers in the role intellectuals played in the re-building of the nation. In La Nationalisation de la Littérature, he addressed writers, warning them that their close connection to the state apparatus could limit their creative output and independence. It was in this period that the term existentialism was first used. Introduced by the Catholic philosopher Gabriel Marcel, existentialism soon became widely spread by the press.

So what has all of this got to do with jazz? Bear with me. During World War I, Afro-American soldiers had introduced France to jazz for the very first time. The music had quickly gained popularity, and, after the Second World War was declared and American musicians had fled the country, it lived on among the French, serving as an artistic embodiment of the French Resistance. Not only did jazz aficionados defy Nazi occupation by playing and listening to jazz music, many members of the legendary Hot Club de France were also active members of the Resistance, using the organization of jazz concerts as a cover to pass information to English troops.

It is no coincidence that jazz became the musical manifestation of the Resistance and the existential philosophy that arose with it. In fact, existentialism and jazz music have more in common than one might initially think:

First and foremost, the search for an 'authentic' existence and expression is a central aspect of both the existential and jazz attitude. Existentialists claim that most people do not live an authentic life, and often accuse them of thoughtlessly following the herd and conforming to society's expectations. Therefore, existentialism focuses on the individual rather than the group. Such profound individualism is, of course, nothing new to Western philosophy. For example, it surfaced in René Descartes' Meditations, Jean Jacques Rousseau's Social Contract, Immanuel Kant's ideas on moral autonomy and can even be traced back to ancient Greek Hedonism and Eudaimonism.

Existentialism adopted individualism and further developed the idea of unconditional freedom. One is always free to choose, regardless of the situation one resides in. This concept of freedom in turn gave rise to the belief that one is always responsible for one's actions. Despite its harsh judgement of people's actions, existentialism allows people to make a clean break with the past. Existentialism is a philosophy of the present: from the existentialist's point of view, the present is seen as an intersection between previous choices and the choices one has yet to make. Therefore, the present is an opportunity for change; it gives one the chance to break free from the past and choose a new path.

Existentialists often perceive the universe as chaotic, irrational and unpredictable. They do however, in opposition to nihilists, believe one can surpass the seemingly absurd condition of one's existence, by consciously exercising one's freedom. Furthermore, Sartre's famous proposition "existence precedes essence" has become a key notion of existentialism. Essence, in this context, refers to Plato's philosophical concept that all (physical) things have unchanging, immutable archetypes. With his statement, Sartre argues that for human beings, there is no determined pattern we must conform to. Man has no "true nature," thus he is free to create himself.

This may well be a summary of the philosophy of jazz itself. While existentialists reject the notion of universal morals and truths, jazz musicians reject the idea of musical do's and don'ts. Both existentialism and jazz focus on individual freedom and an authentic expression of oneself, as well as the concept of living in the present.

Jazz music, more specifically (jazz) improvisation, it seems, is a living and breathing embodiment of post-war European existentialism. Perhaps Europe has a more complex relationship with jazz than we might have expected after all...