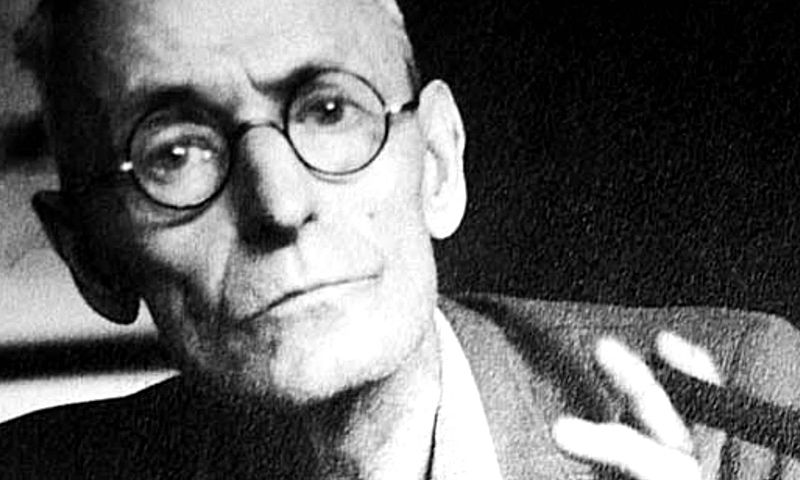 By Marithe Van der Aa
August 11, 2017
Sign in to view read count
When a literary critic is analysing one of Hermann Hesse's most influential novels, the discussion of jazz music used as a literary device might not immediately jump to his mind. However, throughout Steppenwolf, a story about a troubled academic who believes to be split between man and wolf, jazz proves to be a crucial motif.

"From a dance hall there met me as I passed by the strains of lively jazz music, hot and raw as the steam of raw flesh. I stopped a moment. This music, much as I detested it, had always a secret charm for me. It was repugnant to me, and yet ten times preferable to all the academic music of the day. For me too, its raw and savage gaiety reached an underworld of instinct and breathed a simple honest sensuality. I stood for a moment on the scent, smelling this shrill and blood-raw music, sniffing the atmosphere of the hall angrily, and hankering after it a little too. One half of this music, the melody, was all pomade and sugar and sentimentality. The other half was savage, temperamental and vigorous. Yet the two went artlessly well together and made a whole."

Using the passage above, Hermann Hesse introduces jazz to us through the eyes of his protagonist, Harry Haller or—perhaps preferably—the Steppenwolf. Harry's ambivalence towards jazz music is rooted in his own inner dichotomy between man and wolf; its frequent recurrence represents the everlasting conflict between the sentimental Harry, who yearns for art and culture, and the Steppenwolf, a bitter, uncivilised recluse who refuses to conform to society's norms. The constant battle between these two entities keeps Harry from acknowledging the existence of many more souls that reside within him, a concept that had undoubtedly inspired author Hesse during his exposure to Eastern philosophy. Just like Harry, jazz music appears to be both sweet and violent; sentimental and savage. Our hero detests this duality, yet he also displays a significant secret fascination with the music, owing to the fact that despite its contradicting nature, it manages to form a coherent and harmonious whole. This, you may notice, is already a first step towards the eventual enlightenment of Harry Haller's character. It demonstrates the prospect of a brighter future, in which Harry could possibly reconcile his internal enemies, allowing them to live in honest harmony within himself.

Jazz music is, however, not all roses according to Hermann Hesse, and as he continues this particular passage on the music, he uses it to digress into a sharp social commentary:

"Compared with Bach and Mozart and real music it was, naturally, a miserable affair; but so was all our art, all our thought, all our makeshift culture in comparison with real culture. This music was at least sincere, unashamedly and primitive and childishly happy. There was something of the Negro in it, and something of the American, who with all his strength seems so boyishly fresh and childlike to us Europeans. Was Europe to be the same? Was it on the way already? Were we, the old connoisseurs, the reverers of Europe as it used to be, of genuine music and poetry as once they were, nothing but a pig-headed minority suffering from a complex neurosis, whom tomorrow would forget or deride. Was all that we called culture, spirit, soul, all that we called beautiful and sacred, nothing but a ghost long dead, which only a few fools like us took for true and living?"

It seems that Hermann Hesse now takes the time to express a deeper concern regarding the zeitgeist of his time. Like many other German intellectuals, Hesse was disconcerted by the abrupt decline of Europe's culture, particularly Germany's, following the First World War. He notices the growing popularity of American culture and jazz in Europe, with its primitive, African beguilement and its desensitising, American mass production. Despite it being a seemingly harmless form of entertainment, Hesse sees jazz music as a potential threat towards European art and intellect—an ironic stance to adopt, considering the fact that Hesse also openly despised the prominent patriotism that had recently taken over his country.

It is all too often that influential writers of the twentieth century experienced divided thoughts on the phenomenon of jazz, and Hermann Hesse is no exception. Regardless of his recognition of jazz as an artless and honest form of musical expression, he continues to feel a slight bitter resentment towards the music, much like our Steppenwolf, Harry Haller. That Hesse's Steppenwolf is semi-autobiographical novel, is a given, still, it is fascinating to observe the literary significance that jazz is given throughout its disturbing narrative.