Home » Articles » Swinging with Sartre: Jazz Is Like Bananas 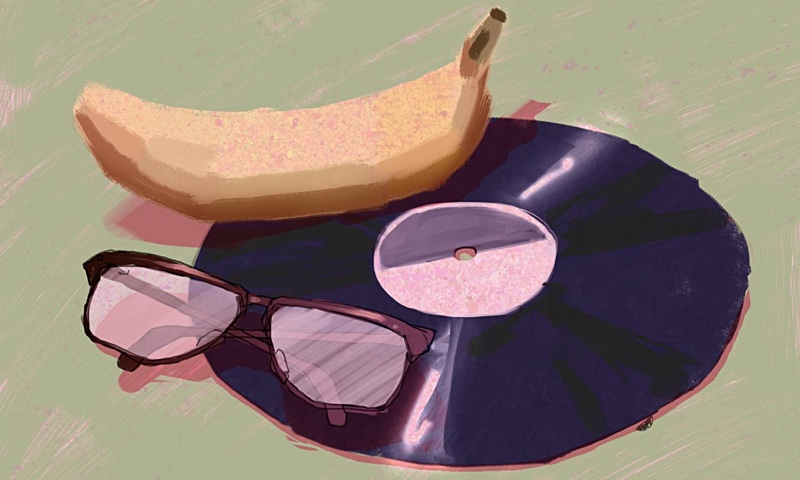 By Marithe Van der Aa
May 29, 2017
Sign in to view read count
"Jazz is like bananas, it must be consumed on the spot."

These immortal words were first brought to life by the famous French philosopher Jean-Paul Sartre in an article that appeared in the Saturday Review, November 29, 1947. The article, titled I Discovered Jazz in America, was written after a visit to New York City in the mid-forties, where Sartre had attended a jazz performance at Nick's Bar.

Upon reading this brief excerpt, it is all too clear that Sartre's views on jazz are built on rather brusque generalisations. Though his fascination for jazz music is apparent, your typical jazz musician would undoubtedly object to the ideas put forward in this article. Surely anyone who states that jazz does not speak of love has misunderstood the concept completely?

Though Sartre does not mention whose concert he was attending, and his interpretation remains more atmospheric than anything else, we may assume that the jazz he refers to in his article is of the Bebop genre. In one of his essays in Riverwalk Jazz, Rod Jellema once mentioned that "Nick's Bar was where suffering jazzmen, holding their own against the cheap commercialisation of the big bands, could give honest expression to their deepest feelings." They were "martyrs to their high calling; misunderstood by the vast public." This description fits in perfectly with the Bebop narrative, considering the fact that Bebop music was a direct reaction to the popular big band music of the swing era. Not only the publication date of Sartre's article—Bebop had risen to significant popularity in post-war America —, but also his account of the music being played, further supports our presumption:

"In Paris, it (jazz) is a vehicle for dancing, but this is a mistake: Americans don't dance to jazz."

It goes without saying that the Parisians had in reality not been mistaken, unless Sartre indeed considered Bebop music, which was considerably less danceable than American Swing music, to be the only "true" form of jazz.

This was, of course, not the first time Sartre had written about jazz. In fact, his article in the Saturday Review is in many ways reminiscent of his earlier novel, La Nausée (1938), displaying similar satirical commentaries and, naturally, an equal admiration for jazz music. It was in this novel that Sartre's protagonist, Roquentin, managed to rid himself of existential angst with the help of a single jazz record.

Throughout the novel, Roquentin listens to an old recording of the jazz standard "Some of These Days" and as the story draws to a close, the music eventually offers him relief from the absurdity and fortuity of his existence. He seems to find comfort in the idea that, although each individual note and chord of the piece would ultimately fade and cease to exist, they would still have contributed to the melody; the core of the music that would live on eternally, even if all recordings were lost or destroyed. Similarly, Roquentin discovers himself to be an amalgam of both singular and superordinate entities, existing both within the present time and beyond it. His nausea is finally cured, and surprisingly, Sartre allows him to live happily ever after.

Like many other existentialists, Sartre saw in jazz the embodiment of his philosophy; it was the ultimate form of freedom and individuality. In sharp contrast to his contemporary Theodor Adorno, his idea of jazz was overwhelmingly positive, and though flawed, it bore at least a certain amount of truth. Perhaps next time you're overcome with the sheer terror of existence, you'd like to follow Sartre's advice and listen to some jazz.