By Eyal Hareuveni
October 16, 2013
Sign in to view read count
Polish trumpeter Tomasz Dabrowski, now based in Denmark, is a rising and promising force in the European scene. He has a strong, instantly recognizable sound and expressive tone. His versatile musical language references the American fiery free jazz, Eastern European and Balkan folk music, the Scandinavian contemplative jazz and contemporary, avant-garde music. Dąbrowski already released eleven albums as a co-leader and a sideman. The next three albums were released during 2013, all debuts of different outfits. 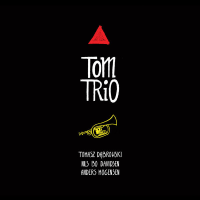 Tom Trio is Dąbrowski's debut album as a leader and composer of all its songs. The trio feature two experienced Danish players—double bassist Nils Bo Davidsen and drummer Anders Mogensen, both known for their personal sounds. The music of this trio expresses an attempt to blend the Slavic and Scandinavian temperaments through melodic structures.

Dąbrowski's songs are short and utilize a strong and simple melodic core. Dąbrowski alternates between the trumpet and a vintage instrument he calls Balkan horn, and his playing is intense and full of urgency even on the most serene songs as "Cold Hands."

The lack of a harmonic instrument challenges Dąbrowski and forces him to expand his sound. His trumpet sounds all over the driving "Wave," stressing the beat and colors the serpentine, melodic line, and follows with a similar approach on the spare and slow "Buzz Wow" and the meditative "Triangle." Davidsen and Mogensen's highly creative multi-layered rhythmic base not only supports Dąbrowski but enables him the freedom to explore more sounds and colors without losing the melodic or rhythmic core of the song, as all three demonstrate on "After Jam" and the hard-swinging "This Way Up." 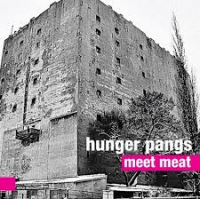 This trio comprised of Polish guitarist, founder and composer of most of its compositions Marek Kądziela, Dąbrowski and Danish drummer Kasper Tom Christiansen. All met as students at the Carl Nielsen Academy of Music in Odense, Denmark, and collaborated before on other projects. The trio's name is borrowed from Polish writer Marek Hłasko's novel Converted in Jaffa and describes a state of mind of creative craving, typical for the state of minds of musicians.

The instrumentation of this trio is like Dave Douglas's Dave Tiny Bell Trio Douglas and the musical approach is inspired by the German bands Der Rote Bereich and Hyperactive Kid. These outfits feature a powerful guitarist whose vocabulary goes beyond jazz and covers punk, alternative rock and avant-garde music and has an intense, raw and uncompromising sound.

This trio debut was recorded after it perfected its material over countless European tours. The rough, twisted and tight interplay of this trio with its fractured rhythmic conception often reminds of the interplay of Tim Berne's Bloodcount with guitarist Marc Ducret and drummer Jim Black. But though Kądziela, Dąbrowski and Christiansen are aware of past influences their strong personalities turn this trio into a powerful unit with a fresh sound of its own.

The trio explores varied forms of its intense, tight and rhythmic interplay even on the spare and quiet pieces as "Low Hip" and "Tage." But this interplay never surrenders to conventional manners of interaction or specific genres, and is full of imagination, urgency and emotional sensitivity. Longer compositions such as "Isbjorn" and "Bunker Hungs" allow the trio to improvise over dissonant chords, alternating pulse and colors, to investigate its sonic envelope and to exchange ideas in an almost telepathic manner. 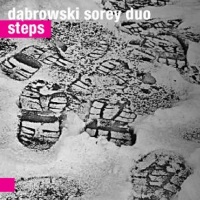 On January 2012 Dąbrowski travelled to New york and recorded three albums with pianist Kris Davis, drummer Andrew Drury. His duo with drummer Tyshawn Sorey is the first release from these recordings.

The duo explores an emphatic and balanced interplay over ten short "songs," all composed by Dąbrowski and based on a simple melodic idea. The flow of ideas is surprisingly organic for this first musical meeting, performed with confident ease and subtle virtuosity, and as can be expected from such creative and charismatic musicians, always with captivating imagination, poetic touch and masterful elegance.

Neither musician tries to follow any former trumpet-drums formats such as influential ones of trumpeters Don Cherry and Wadada Leo Smith with drummer Ed Blackwell (El Corazón, ECM, 1982 and The Blue Mountain's sun Drummer, Kabell, 2010), though both are aware of these recordings. Dąbrowski and Sorey's vocabulary is richer than just the jazz legacy. Both are well-versed with contemporary and avant-garde music and throughout their respective careers have refused to follow genre conventions.