Kasper Tom belongs to the new generation of drummers who mix music from many genres and makes it his own. He graduated from the Carl Nielsen Academy of Music, Denmark, and lived and worked in Berlin from 2007-2010. Since 2006 he has been leading his own bands which include Rudi Mahall, Marek Kadziela and Mads la Cour. He released CDs on Stunt Records, WhyPlayJazz and Gateway Music with the bands Kran and QUARTz. He has played tours in Denmark, Poland, Germany and USA and played at festivals including Copenhagen Jazzfestival, Leverkusener Jazztage, Jazz w Ruinach and Jazz nad Odra, to name a few. Both as a drummer and as a composer Kasper Tom has a great musical drive and a personal sound, which makes him one of the interesting young jazzmusicians of today. Other collaborators count: Tobias Delius, Håvard Wiik, Tom Arthurs, Axel Dörner, Kasper Tranberg, Philipp Gropper, Alexander Frangenheim, Jan Roder, Henrik Walsdorff, Uffe Steen.

The Danish drummer Kasper Tom makes his debut with a strong, well-toured and precise, hard-hitting album, that in a wonderful and off-centered way unites Germany and Denmark. Tom has good connections to the neighboring country south of the border, which explains the appearances of the Berlin based saxophone-comet Philipp Gropper and Rudi Mahall on bass clarinet. Moreover, the eminent bass player Andreas Lang provides Tom with great support. The group freely sets out from modern, experimental jazz and finds a consistently, captivating combination of abstract improv and hard-swinging interplay 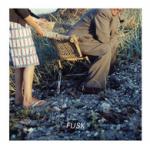 All About Jazz musician pages are maintained by musicians, publicists and trusted members like you. Interested? Tell us why you would like to improve the Kasper Tom Christiansen musician page.