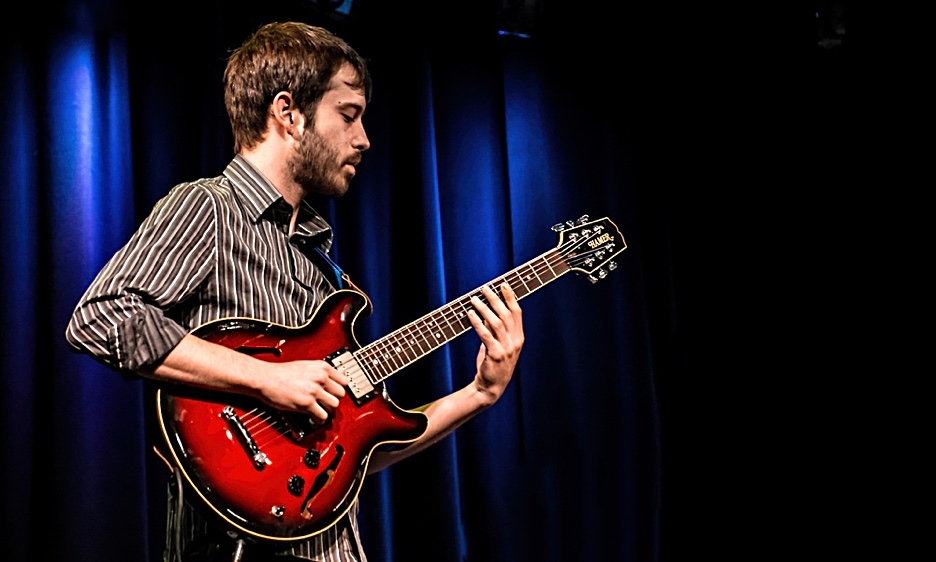 By Alan Bryson
September 26, 2016
Sign in to view read count
Guitarist Mike Seal first caught my attention at the end of 2014 as part of the Jeff Sipe Trio. At that time I described him as an extraordinarily talented young musician, an assessment shared by many, including the legendary dobro virtuoso Jerry Douglas. This summer the three time winner of the Country Music Association's Musician of the Year award invited Mike Seal to join his band. At the beginning of this exciting new chapter in his musical journey, it seemed like an ideal time to speak with him.

He has been active on the Southern music scene for over ten years, touring with The Jeff Sipe Trio, The Black Lillies, The Jeff Coffin Mu'tet, and sharing the stage with musicians such as Kofi Burbridge, Oteil Burbridge, Col. Bruce Hampton, a.m.m.

His grandfather was a gifted self taught gospel guitarist in rural Virginia, and his older brother, Rob Seal, is a multi-instrumentalist (guitar/mandolin/violin/banjo) who is active on the bluegrass music scene. He is married to Megan Lovell who is a very accomplished lap steel and dobro player. She and her sister Rebecca front the popular Americana roots band Larkin Poe. The band frequently tours with Elvis Costello, and has opened for the Tedeschi Trucks Band.

During the interview he solves the mystery of his unique technique, talks about his influences, and his trial by fire initiation into the Jerry Douglas Band at the Bluegrass Festival this past summer in Telluride, Colorado, a.m.m. There are several audio clips which showcase his remarkable musicianship and the breadth of his musical interests—jazz, bluegrass, and even two classical pieces. I'm eagerly anticipating an album from this extraordinarily talented musician.