Jeff began to play drums in the sixth grade. Then In 1975, Jeff’s first stepping stone was attending the Shenandoah Conservatory of Music. — One of Jeff’s dreams finally came true when he was accepted to Berklee in 1977. While at Berklee, Jeff studied under Bob Kaufman and Bill Norine, he attended clinics given by Alan Dawson and was taken under by his mentor Lee Venters. Jeff was lucky enough to attend Berklee with an impressive cast of musicians like Branford Marsalis, Bill Frisell, Mike Stern and Jeff Watts, Kevin Eubanks, Dean Parks, Steve Vai, just to name a few.

While studying at Berklee, Jeff met and played in a band with Steve Vai and Baron Brown called “Winter”. This experience turned Jeff on to a wide world of music and rhythm which gave him valuable tools that he still carries with him today.

After his stay in Boston, Jeff moved to Atlanta in 1983. There he began gigging and teaching at the Atlanta Institute for Music and at a popular hang out for Atlanta drummers, Atlanta Drums and Percussion. Jeff spent time sitting in with local musicians and was introduced to Bruce Hampton through Dan Wall, a keyboardist that he had been playing with…..and that’s the rest of the story. It seemed too fitting that their first meeting took place at a wedding because not only was there a marriage there was a wedding of vast musical intention. Jeff then asked Oteil Burbridge and Jimmy Herring to sit in on this free willed musical band wagon and the Aquarium Rescue Unit was born.

In 1996, Jeff met up with Swedish-born bass extraordinaire Jonas Hellborg and the Memphis guitar monster Shawn Lane. This Trio did many Europoean tours as well as American tours. Jonas released 4 recordings of this band including “Temporal Analogues of Paradise”, a classic.

Jeff’s interest in bluegrass music led him to 3 years with “Leftover Salmon” where he gigged almost non stop! The recording “Nashville Sessions” was a high lite of that period having an opportunity to work with Randy and Earl Srcruggs, Bela Fleck, Waylon Jennings, Lucinda Williams, Taj Mahal, & Jerry Douglas among others.

The Zambiland Orchestra performed as a charity event for six years in a row every December just before Christmas at the Variety Playhouse as a benefit for Hospice and the food bank.

By the 4th year into it there where 83 players on stage being conducted by the great spirit Ricky Keller and Jeff. One invited guest was Matt Butler who was so inspired by this spirited event that he began his own version called the” Everyone Orchestra”. 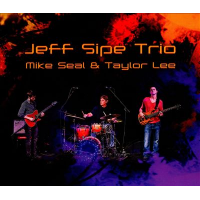 Art Of The Jam

From: Lincoln Memorial
By Jeff Sipe 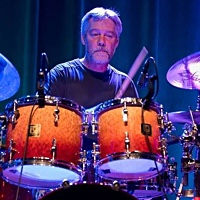 All About Jazz musician pages are maintained by musicians, publicists and trusted members like you. Interested? Tell us why you would like to improve the Jeff Sipe musician page.