By Chris Mosey
February 2, 2015
Sign in to view read count 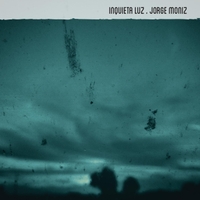 Inquieta Luz (Restless Light), by a band fronted by Portuguese drummer Jorge Moniz, explodes like a firework in all directions.

The opener, "Interruptor," is electronic and discordant, having the same sort of effect on the listener's sensibilities as fingers scraping down a blackboard.

After this—mercifully—things get very much better. The second track, "Neblina," is fusion à la In A Silent Way, featuring lilting, meditative piano from Luis Figueiredo and soaring guitar by Mario Delgado.

With "O Desvio (The Deviation)," there are echoes from the early days of rock 'n' roll and guitar heroes like Link Wray and Bill Justis. Delgado lays down a simple but catchy hook over a rocking beat supplied by the leader and Figueiredo comes on like a latter day Bill Doggett on organ. Yeah, man!

But the twang ain't the thang for long. It's on to the standout track, "Aurora Tem Um Menino (Aurora Has A Little Child)," a gentle folk song from the Alentejo region of southern Portugal, which features a beautiful, haunting vocal by Joana Espadhina and sees Delgado digging into his Iberian roots for a quite magnificent solo.

The song is from the "Cante Alentejano" repertoire, which has been declared an "intangible cultural heritage" by UNESCO.

"Infusao (Infusion)" is funky, almost danceable, with dark, sometimes almost sinister overtones. Like The Monster From The Black Lagoon meets (and attempts to devour) Ponyo.

"Porque Nao Me Ves (Why Not See Me?) is by Fausto, an important Portuguese singer/composer. It sounds on occasion like a hopped-up "Dancing Cheek To Cheek."

"Chula Quebrada (Broken Chula)" is based on the northern Portuguese musical form, Chula. It all goes a bit haywire towards close of play, but Moniz manfully instills order and takes his troops out to a marching beat.

While it goes off the rails now and again, Inquieta Luz is an interesting musical concoction and well worth a listen.