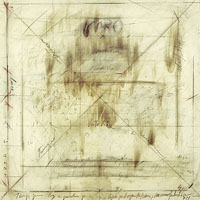 When he lived on Manhattan's Lower East side many years ago, the great tenor saxophonist Sonny Rollins, when searching for a locale to practice without disturbing his neighbors, would venture up on the Williamsburg Bridge in New York to shed for hours on end. It provided him the necessary environment within which to expand his musical genius. It was all about freedom—to play, to develop, to explore.

Italian jazz artist Luca Aquino has similarly taken the idea of external free solo creative improvisation, recording Icaro Solo live over a loop/playback/record device in Saint Augustine's Church, in Benevento, Italy. The result is a fascinating, highly entertaining, contemplative, and wonderfully thought-provoking CD. While Icarus might have ventured brashly in the sun, Aquino glides alone here, but always in complete control of his horn; his marvelous ideas; his interplay with the looping device; and his perfect acoustic environment.

Using the loop machine to create a foundation of ideas upon which to layer long ribbon-like lines of free improvisation, Acquino's spontaneity spew out without bounds. His is a minimalist motivic approach to the instrument, not entirely dissimilar to what Miles Davis did in recording albums like Sketches of Spain (Columbia, 1960) or, later, In A Silent Way (Columbia, 1969) and Bitches Brew (Columbia, 1970). Acquino's fragments of melody are laid down, expanded over and developed beautifully, released and recreated in a spider-web of musical beauty that never bores. Each cut develops in this manner: thirteen improvisations that represent entertaining and engaging forays in sound, creative development and the display of Aquino's musical soul.

Icaro Solo most admirably follows up Aquino's fine Lunaria (EmArcy, 2009). It continues to depict Aquino as a fine trumpeter and brilliant musical mind.