How to Know: Spirit Music - Crazy Wisdom, Shamanism And Trips To The Black Sky

By Ken Hyder
January 4, 2014
Sign in to view read count
The following is an excerpt from the "Instability as an Aid to Spirit Music" chapter of How to Know by Ken Hyder (Amazon Digital Services, 2013).

There is a tension between precision and looseness.

In jazz, the tension is minute, but it makes all the difference to whether the music swings or not. In the old days, jazz bands and dance bands often played the same tunes. In a dance band it was usually stiff. And precise. In the jazz band it was loose and diverse among the players, with some players usually playing very slightly behind the others by the merest of milliseconds, creating a tension—and swing.

The paradox is that the tempic differences which create the swing are also in fact very precise, and this tension between strict-tempo and loose swing is something which goes throughout music-making.

Then there is another way to make things more interesting. How the drummer plays. If you look at two drummers who played in Spirit Music ensembles you can easily hear their different approaches. Elvin Jones was John Coltrane's drummer on that classic Spirit Music album, A Love Supreme, and Sunny Murray played with Albert Ayler on many albums, including his classic, Spiritual Unity.

Incidentally, many young musicians, and jazz educators got Coltrane's music wrong. They couldn't see it as Spirit Music at all. Maybe they thought A Love Supreme was some kind of romance, but that would have meant they had not read the sleevenotes. It was pretty obvious that this music was intended to be spiritual. But instead of acknowledging that, jazz professors insisted on teaching that Coltrane was a complex player, and in order to emulate (copy) him, they should learn to play fast and complex.

Max Roach once told me about these educators: "If you look at what we were doing with Charlie Parker in the 40s and 50s it was revolutionary music. Yet those jazz schools churned out students who only studied technique. Sure, they were technically accomplished—but they did not have the feeling. They played it like repertoire music."

Trane's drummer, Elvin Jones was a phenomenal timekeeper. So good was he that when Miles' and Gil Evans' Sketches of Spain album was being recorded and players were having difficulty with some of the very slow tempos, they brought in Elvin to play percussion and keep everyone in time.

But that was not his role in the Coltrane quartet. His role was to provide a rolling polyrhythmic barrage so complex it was hard to follow. It made the listener focus more intensely on what was going on. Even the accents seemed random like small explosions in a skirmish.

I remember seeing Elvin playing at Ronnie Scott's. It was coming to the end of the chorus, and Elvin was about to launch one of his across-the-rhythm maelstroms which would end in a cliff-hanger of silence before starting the next part of the piece.

And rather considerately he looked at the bassist, who was certainly no slouch, and muttered: "Watch out!"

Sunny Murray did it differently. He was more polytempic than polyrythmic. He disoriented the listener by speeding up and slowing down. A lot. And having more than one tempo going on at one time.

Something might be made of his American Indian ancestry...and the Siberian connection with the native Americans coming over the Bering strait thousands of years ago. And the way many Siberian shamans play...speeding up and slowing down, making genuinely random accents.

The fact is that Sunny Murray created a floating freedom where you felt the tempo loosely, and you went with it as it got faster or slower. And it worked. Albert Ayler's tunes were excellent vehicles like a shaman's algysh—his or her spirit song which leads them to the altered state. And just as shamans do (I don't want to say "perform") their algysh differently each time to keep themselves fresh and aware, Ayler's band did the same thing.

None of this means if you copy Sunny Murray, then you will therefore play Spirit Music, any more than churned-out saxophone students succeed in fully emulating Charlie Parker, Coltrane or Ayler. And it doesn't mean that these are the only methods.

But it is the case that instability can be an integral part of some kinds of Spirit Music like the Korean Sinawi shaman-music, which, when I first heard it, sounded a bit like a lot of the free-jazz which was being created in Europe in the 1970s.

And in Siberia, tension between simple clarity and unpredictable multiplicity of lines is apparent among shamans in Tuva.

It starts with the drum itself. The dungur.

Unlike my drumming teachers in Scotland and later in London, the shamans never said a word about how to hold the drumstick (the orba). They never talked about rhythm, nor tempi and hardly mentioned music at all.

The rules and advice about the drum (dungur) were not about the playing. They were rules like—never place the dungur on the ground because the energy in the drum could escape into the ground. And advice like—just listen to the drum. Like a lot of this kind of advice, it sounded simple, obvious when it was given, and insightful when it was put into practice.

In fact a lot of shamanic teaching is short and simple like that. It is often more like a signpost to a path you must follow yourself and learn from. There was no doubt however, that the dungur was the most important instrument for shamanising.

It's not used by shamans as a musical instrument, and shamans do not consider their playing to be musical—it's a spiritual practice. And they are similar in this approach to Tibetan Buddhist monks. I played several tours with different monks, and they all thought of their "music" as spiritual practice, not music.

And this is an important distinction. If you listen to a shaman drumming, it may be musically interesting for a few minutes say...but not for much longer. Its purpose is not entertainment. So Spirit Music is a combination of spirit and music. If it is all music, then it won't be spiritual and vice versa.

Playing with Tibetan monks was another ear-opener. They would play short sections where it sounded like a drummer falling downstairs with a pile of drums and cymbals.

The monks all faced in one direction, not looking at each other. There was no count in. And the staggered and speeding-up playing just began.

I soon discovered there was no way to count it, or anticipate it. It was different each time.

The only way to join in—was by joining in. By going with the moment, playing each sound one by one, allowing your intuition to determine where it would be placed—as if some other force was doing the determining.

On one occasion they did something wonderful during a concert in Schio, north Italy.

The westerners—myself, US trumpeter Jim Dvorak, and Brazilian bassist/cellist Marcio Mattos—were playing fast and light with much energy. Then the monks suddenly joined in, mainly with Tibetan percussion.

Very quickly I felt the rhythmic ground fall away as the monks de-stabilised the rhythm and tempo. Their tempo was out of synch with ours.

I looked around, to see the monk playing the rolmo (a pair of Tibetan hand-held cymbals) looking at me with a huge grin on his face.

It was one of those moments you remember. It was a revelation. It was a lesson.

And I remember how it felt.

Reprinted from How to Know by Ken Hyder, with permission from Amazon Digital Services USA. © 2013. 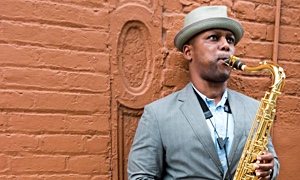 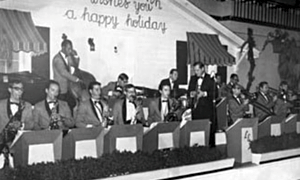 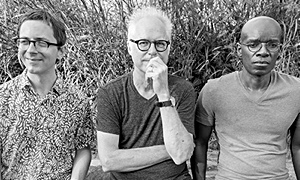 Scottish drummer Ken Hyder moved from traditional music, to jazz, then to Scottish jazz and then collaborating with musicians from all over the world including Tibetan and Japanese Buddhist monks, and Siberian shamans.