KEN HYDER, drums, percussion, voice, has been playing and composing music for over 40 years. In that time he’s produced over thirty albums of original material. He began playing jazz in his native Scotland before moving south to London where he studied under John Stevens " himself a renowned workshop leader and innovator. Hyder formed Talisker and went on to make six albums with this pioneering and proto-type Celtic jazz group. In the 1970s he began moving away from jazz and into collaborations with musicians from different musical backgrounds including Irish, South African and South American players. Later, he became interested in exploring spiritual aspects of music with spiritual practitioners like Tibetan and Japanese Buddhist monks, and Siberian shamans. He has conducted improvisation workshops, and also workshops dealing with improvisation and folk musics, and with spirit in music. In London he has worked at the Royal Academy of Music, Community Music and Music Works. Elsewhere he has run several workshops in Russian conservatoires (Moscow, Ekaterinburg, Novosibirsk and Kyzyl); France, Italy, Germany, Holland and Finland. “He has provided a blueprint for the increasing number of European musicians who have been incorporating elements of folk music into their jazz.” The Guinness Who’s Who of Jazz “Ken Hyder's drumming always appears connected to the world beyond narrow musical concerns 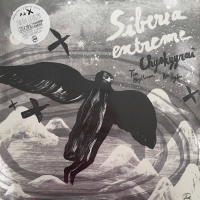 By way of introduction... Saxophonist Raymond MacDonald is a busy man. He balances the life of a gigging, recording musician with a high-flying academic career and, in both respects, his reputation has grown far beyond his Glasgow home. As a musician, he is perhaps best known for his work with the George Burt/Raymond MacDonald ...

How to Know: Spirit Music - Crazy Wisdom, Shamanism And Trips To The Black Sky

The following is an excerpt from the “Instability as an Aid to Spirit Music" chapter of How to Know by Ken Hyder (Amazon Digital Services, 2013). There is a tension between precision and looseness. In jazz, the tension is minute, but it makes all the difference to whether the music swings ...