Home » Jazz Articles » Hiring a Publicist: Is It Worth It?

Advertise
3
In The Biz 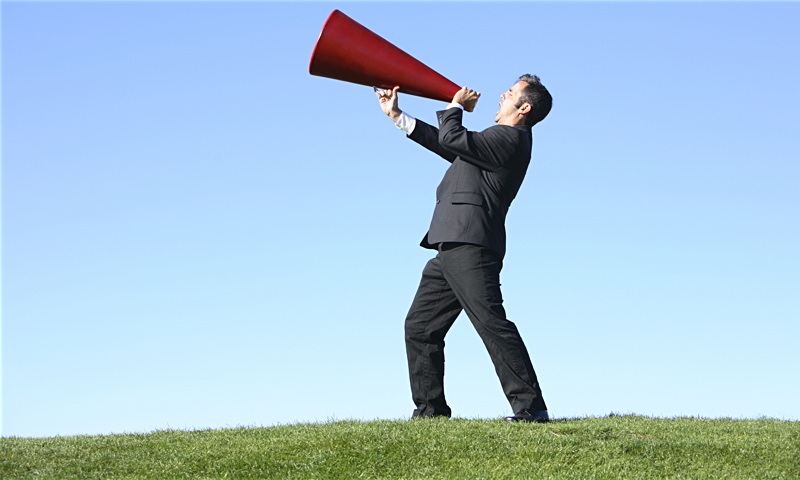 By Kathy Sanborn
August 25, 2016
Sign in to view read count
"Without promotion, something terrible happens... nothing!" —P. T. Barnum

Jazz artists strive to make the best albums possible, choosing the best songs, selecting other musicians to interpret those songs, and recording the pieces with artistic and technical skill. When their masterpieces are complete, it does not all end there. The artist or band must reach out to the public, and there are as many ways to do that as there are stars in the sky, it seems.

Does one do it alone, handling the PR tasks solo, thus saving money but not valuable time? Or does one hire a publicist to take over the duties of contacting members of the press, generating buzz for the music, and helping to launch a new album to greater heights?

We've invited several jazz musicians to discuss this in a roundtable forum in order to discover their own experiences using professional publicists. As you will see, every artist tells a different story, and we can glean valuable insights into the topic of to buy, or not to buy, publicity services.

All About Jazz: For my most recent album, I hired a company that combined radio promotions with publicity services, which worked out pretty well in getting the word out about the album. I chose a company that was easy to work with, and understood what my album was all about. What do you look for when choosing a publicist?

Toni Jannotta: What I look for is someone I can easily communicate with. That is always first and foremost. I look for someone who responds in a timely fashion. For my upcoming picture book and jazz music album, My Little Heart, Ruthie, I'll be working with the publicist I used for my last vocal jazz album because of those very things.

Lead time is important if you want to hire a great publicist. I am about a year ahead of myself and I'm researching publicists and book promoters now.

Mari Nobre: I really would like a publicist to understand my music and respect me as an artist. When I choose a publicist I choose somebody who is able to focus on strategies to enhance my career and to dedicate enough time to succeed in that goal.

Grace Garland: A good publicist listens to the unique artist and individual that you are. He or she picks up on that honesty, quirkiness, or whatever makes you YOU, to create a bio and/or press release that allows one to get to know you and your project via a one-page.

My new project, Grace Garland—LADY G!, is "jazz with an edge." Naturally I will be seeking a publicist who gets that and uses their expertise to improve upon the theme.

What one does NOT want is a publicist who simply hands you that "cookie cutter," one-size-fits-all bio and/or press release, or says: "I don't know what to do with you." In that case, it's best to keep looking.

Ron Aprea: I think artists must ask direct questions to a potential publicist and get specific answers as to what that publicist will do on the artist's behalf. There are lots of phonies out there. However, the right publicist with the right artist can open doors and launch a career.

Cheryl Hodge: To me a publicist is a promoter—a very connected promoter—someone who has the inside edge by knowing everyone there is to know in the biz, including some people whom I've never really had time to connect with. I would also expect them to have a bit more business savvy than me. With that in mind, I would need to know more about my own career objectives, before searching.

For instance, what do I really want during these next two years? Would I mostly want to be gigging more in clubs, or on TV, or maybe do some film work (scores, singing, etc.)? Do I want to be played more on the radio? Do I just want to sell more of my recordings?

Before making a decision, I ask my colleagues about their experiences with various publicists, and I inquire about the reputation of those I am considering among music business veterans I respect, such as record producers or record company owners.

I recently hired a jazz publicist on my own (not through a label) for the first time, to promote my new One for Marian: Celebrating Marian McPartland.

Jeff Oster: Publicity has changed dramatically as social media has expanded. More often the sharing between friends about what's good and new is the main driver of awareness. I look for publicists who specialize in creating an online buzz, through blog writer contacts, interviews and new song links, Twitter and Facebook awareness, online magazine and other tastemaker publication placements.

Laura Ainsworth: Since my husband and I are also professional writers, often we create our own press kits and other publicity materials. We hire PR professionals mostly for the chummy media contacts that we simply don't have. But so far, it hasn't paid off, at least locally. If we could find someone who could get some Dallas press for New Vintage, the CD I'm planning to bring out early next year, we'd be all over that.

AAJ: Do publicists give you and your music enough exposure to justify the cost?

JO: That is always a difficult question to answer. For me, it's one fan at a time, so if my music gets heard by a greater audience, and awareness of me and my music increases due to the PR efforts, then I feel that I am that much closer to the "tipping point."

TJ: It depends on what they offer. Years ago I spoke with a publicist who wanted $6,000 to throw a party. To him I said, "no thanks." On my last vocal jazz album I worked with a publicist who had several publicity packages to choose from. I went mid-range that time and it cost around $4,000.

I thought it was definitely worth it because of all the reviews and air play. Frankly, I was shocked at the good response.

MN: The good ones are too expensive for independent artists. Unless we see our sales rising up or our faces on major TV stations, it should not be a matter of thousands and thousands of dollars.

CH: I've worked with my own five-year-plans and that is what I feel every budding musician should do until they get their feet firmly planted on the ground, and have their own following.

I have recently looked into hiring someone who has been an acquaintance and friend these past few years. His company has proven that they are a force to be reckoned with, having produced a few Grammy® winners.

This will be the very first year that I actually invest in the services of a publicist for my upcoming album, Living Off the Grid, so please ask me if it was worth it next year.

RP: As far as justifying the cost goes, I do not believe anyone should spend money on a publicist unless it's an expense you are willing to take on every couple of years, at least. Hiring a publicist once is not going to change your career. Marketing is about repetition. It's an ongoing effort. So if you can't afford to do that then it's best to do it yourself and do it consistently every time you release a recording (which, from a purely marketing perspective, should be at least every year or two). These days it's easier than ever to get the contact info you need by researching and reaching out on the web.

LA: As an international artist I've benefited from some effective PR from both national and international sources, but it's been a challenge to get press in my own city of Dallas. For an indie artist—in jazz, no less, which is limited to a niche audience—hiring one can be almost prohibitively expensive. Heck, I'd do it anyway (and have) if I thought it would bring results, but my few experiences have not been fruitful.

AAJ: Anyone want to share a publicity horror story for our readers?

RA: I hired a publicist for the first time for my Lennon project. Although my experience was negative, I can see how a good publicist would be worth his/her weight in gold.

Two reasons for my bad experience with the publicist: Limited resources and a terrible attitude. I could have handled the craziness and paranoia if this person delivered. Bottom line: there was no water in the publicist's well.

RP: Like many musicians, I have had some bad experiences with publicists in the past. I did a record for a small jazz label started by a big jazz club about 17 years ago. The "publicist" they hired did nothing, and then, to cover up, he lied to the record company A&R guy and told him he had given me leads and I hadn't followed up. I only found out about this lie years later. This person is still offering "Music Promotional Services," and he claims to have a "99% success rate in promoting" (whatever that means) and "over thirty years of professional experience," so watch out!

LA: I was doing a live show in Dallas as part of a festival and hoped to get some press for that one event to help me stand out among the many other acts. So at no small expense, I hired a local PR person to help make that happen. My show came and went, with a very enthusiastic audience but no hint in the media, before or after, that it even occurred. No press whatsoever. After the show, the agent actually handed me a proposal for continued representation on a healthy monthly retainer. Who was he kidding?