59th Grammy Submission: Submitted for Best Jazz Vocal Album "Living Off the Grid" The CHERYL HODGE Group; Best Traditional R&B Performance; Best R&B Song ("One Step At a Time"). Cheryl Hodge's latest CD, "LIVING OFF THE GRID - Adventures on an Imperiled Planet" is her first "concept album", and was already #10 in the U.S. Indie charts at Reverbnation a week after the album was released. Recent Nominee 2016 Hollywood Music In Media Awards for her song "Senegal" from LIVING OFF THE GRID. Multiple luminaries join up with Hodge, in this fun romp, featuring Cheryl & renowned vocalist, Dee Daniels, in an R&B duet "One Step At A Time"

Living off the Grid 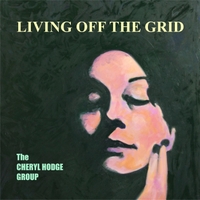 6
Article: In The Biz

In our last roundtable, we delved into the topic of hiring a publicist, and the benefits of doing so. In this article, we will discover how our roundtable peers make money from their musical recordings. Are there any secrets to successfully releasing albums or singles in this era of free streaming and rampant stealing?

Award-winning jazz and blues artist Cheryl Hodge shares how she manages to thrive in the dark and light of today's music business. With a 2016 release (Living Off the Grid) and a persistent attitude, Hodge continues to navigate the sometimes choppy waters of a music career on her own terms. Just nominated for another Hollywood Music ...

3
Article: In The Biz

"Without promotion, something terrible happens... nothing!" --P. T. Barnum Jazz artists strive to make the best albums possible, choosing the best songs, selecting other musicians to interpret those songs, and recording the pieces with artistic and technical skill. When their masterpieces are complete, it does not all end there. The artist or band ...

One Day When I Wasn't Looking 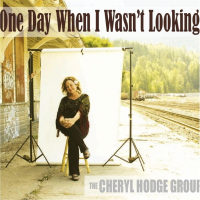