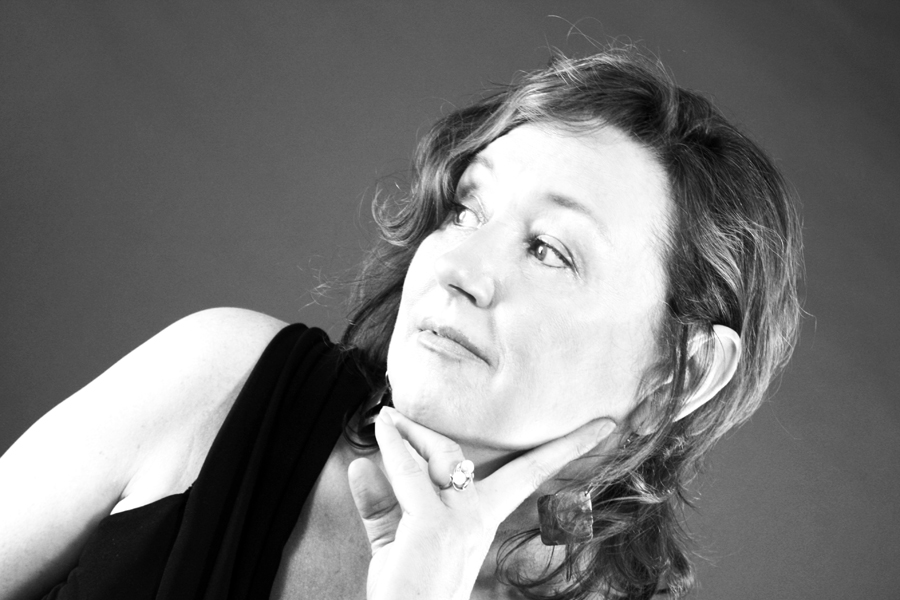 By Kathy Sanborn
October 15, 2016
Sign in to view read count
Award-winning jazz and blues artist Cheryl Hodge shares how she manages to thrive in the dark and light of today's music business. With a 2016 release (Living Off the Grid) and a persistent attitude, Hodge continues to navigate the sometimes choppy waters of a music career on her own terms. Just nominated for another Hollywood Music in Media Award for her single from Living Off the Grid, "Senegal," Hodge keeps chasing her particular muse with satisfying results.

All About Jazz: In this dynamic world of music, how do you flow with the changes? Please give us your tips on how to flourish in the business of jazz.

Cheryl Hodge: For a jazz musician, the rewards come every time you're on the bandstand—every time you jam. Great players like guitarists John Stowell or Mike Stern will tell you they play the same for four people as they do for 4,000 people. The thrill is what you are discovering together when you play, and in turning the audience on to that one special moment in time—the moment of true art, when you know that song will never be played exactly the same way again. It's like a snowflake in time—a perfect creation—always different, and always (hopefully) coming from a pure place.

As far as coping with the incongruity in audience sizes, and the unpredictable money situations that arise, I supplement by teaching and mentoring. You've got to survive, so you can keep doing what you love. I've seen great players who had day jobs that were even non-music related, like selling insurance, real estate, and so on.

Also, hang with your friends; play as much as you can, or just get together and play cuts while over dinner. Some famous musicians have been weathering some pretty tough times lately. Jazz is a labor of love. We've got to be there for each other.

AAJ: Yes, I agree. Musicians can be mutually supportive, and not competitive. Having a big ego doesn't cut it with your peers, either. We are all in the same musical boat. In your opinion, how important is gigging on a regular basis?

CH: This is up to the individual. Some people get their needs met solely through the "studio hang." There are some successful musicians who have given up on the live situations, finding it to be non-rewarding. There's the hassle of parking and hauling equipment. You've got to be good in social skills, as well—that's a given. Be nice to the club owners. Be respectful to your bandmates, manager, agent, and so forth. You've got to keep practicing all the time to be good in a live setting. So many just find this all too much; they'd rather do studio work for the sake of creating pure art.

However, I'm a singer/songwriter, and that's an area of communication. This is a critical factor for me; I've got to play in front of an audience at least once a week, just to keep my music alive in my heart, and in the audience's minds. I need to feel in touch with everyone, and hopefully, they with me. Also, a word to the wise, about performing versus only recording. You're going to sell a lot more albums if you are out there doing it. I sell way more at gigs than online. Always have your signing pen handy, business cards, or download cards.

AAJ: Yes, getting out there performing can spread the word about your music in a way that nothing else can. Please tell us how and why you decided to record your new album, Living Off the Grid.

CH: That's a loaded question. After producing and recording on endless albums I felt like I was ready to pack it in—maybe retire to Costa Rica or something. Then my friends all laughed at me, telling me that the whole idea of leaving music was ludicrous, because Music would never leave me. In the end I had to admit they were correct. I had been cooking up a new concept album all along, in the back of my mind. The album is called Living Off the Grid (Adventures on an Imperiled Planet) and combines my jazz background with other elements that sneak through in my singing and writing (blues, rock, pop, soul; all those elements are present in this new album.)

As much as I love playing live, I relish studio work even more. In taking stock of my musician friends I realized that there were some people I still really needed to record with: the beautiful, soulful jazz vocalist Dee Daniels, jazz guitar god John Stowell, bass great Stuart Hamm (formerly with Steve Via & Satriani). Then there's one of my oldest friends, Jim Cox, currently on tour with James Taylor, and Pat Mastelotto (a former band mate, currently with King Crimson), and David Longoria, a master trumpet player. I have all the resources I could possibly want at my fingertips right now, including a great co-producer/guitarist (Brian Cunningham) and a fellow songwriter/brilliant sax man, Josh Cook, along with all my fave musicians in past endeavors (guitarist Cliff Maddix, bassman Dave Captain, drummer Charlie Doggett). I've been so, so blessed in this life. Every single person I approached was on board, in a major way, including my own son, Dylan Hodge, an extremely gifted bassist in his own right. The end result has been, in my opinion, a beautiful dream come true—and my only concept album.

AAJ: Now that you have created your musical masterpiece, what works best for you in promoting it: radio promotion, publicity, self-promotion—or all of the above?

CH: Really "all of the above." I begin with your standard CD Release Party. Then I go back over websites that have worked well in the past, in garnering recognition for my music: Reverbnation.com, NumberOneMusic.com, and my own websites: CherylHodge.com & JazzBoulevard.com. Also radioindy.com (they gave me a "Grindie" award a few years ago.) Then I hit all the deejays, and try to form as many business/friend relationships there as possible. Currently, I am my own publicist. That means that right now I am nearly going crazy by doing so much of my own promotion work. I'm about to hire someone to take over (company yet to be determined). Be forewarned. Double the price of what it takes to produce your album. Expect to put that much again into promotion. In the end, if you have a product that appeals to enough people, you will garner some rewards (and awards), which will lead you to bigger and better gigs. When I won the Best Jazz Song 2013 from the Hollywood Music in Media Awards, that changed my life a bit. Some rooms which were formerly locked tight became open to me, and I began to see my name on bigger and better marquees.

AAJ: What do you feel are the main challenges you face right now as a jazz performer and recording artist?

CH: The greatest challenge for myself and many of my friends has been "how to sell your music." We're living in an age where nearly all of our music is attainable for free, or a penny a cut. Lack of gigs, funding, etc., is a huge challenge for all of us right now. I had roughly 43,750 downloads of one of my jazz cuts last December. That translated to $437.50, because each download was a penny. When you consider that the album cost something like 12K to make (a steal!), it becomes a bit disheartening. I push iTunes as much as possible. At 99 cents a cut, it's a great deal, and people are being supportive of the artist's work. In the 1950s, on up to the late 90s, most people averaged spending about ten dollars on recordings per month. You can see why most of us feel this particular challenge too overwhelming. We are a family, we musicians. We need to support each other, and urge our audiences to support musicians they enjoy.

However, I do this because I love it. LOVE your music. Practice your craft. You've got to keep playing, no matter what. Put one foot in front of the other, and don't get too preoccupied with an end result. The rewards are happening every time you sit down with your instrument, and every time you play with a great player or a great friend. Stay positive by playing, singing, writing—however you are connected to your art. Art is its own reward. Do whatever it takes to keep ahead of things monetarily: day jobs, night jobs, whatever. But stay true to your craft.

AAJ: Persistence does pay off, for sure. I have seen that in my own career as well. How is using social media working for you as a mode of promotion?

CH: Facebook, Instagram, Twitter—all are very, very important. I try to limit my time on FB to about 30 minutes a day. By nature I am a very politically motivated person. I have strong views. So I have to tone that part down. A well-known publicist got on my case about the fact that every time I voice my political opinions I am alienating myself from a large portion of my listening audience. So I mostly just use those platforms to connect with musician friends and great business acquaintances. The first time I realized how important social media was, I was at a gig in NYC. I had never gigged there before, and the place was packed—just packed—all because of my Facebook and Twitter posts. Hallelujah!

AAJ: What keeps you creating new music? What inspires you to keep going when times get tough?

CH: I don't want to sound corny here, but my audiences inspire me. Every time I see their faces light up when they get the message of one of my songs, I'm inspired to do more. Once a man came up to me at a gig and told me that he was going to commit suicide that night, but after hearing one of my songs about pulling through a personal tragedy, he was ready to give life another go. I'm happy when people sing with me, too. It's all about communicating and sharing our experiences in this crazy ride called Life. I only hire band members who believe in my music, and are willing to go through the dark and the light with me on the bandstand—people who are willing to chase the muse.

CH: Well, here's something interesting. If I had my career to do all over again, I would have taken a course in how to remember people's names. I was in the perfect position a few times for major breaks when I was a rock and pop musician. Not remembering who people were cost me a lot. Also, develop your social skills constantly. Never forget this golden rule: Always treat other people the way you would want to be treated. If you're on the radio or TV, never forget to mention the people who are helping you the most (recording company, manager, agent, whoever), especially when accepting an award.