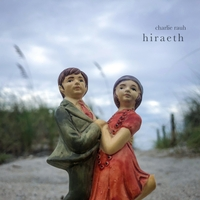 Charlie Rauh is a musician with a very diverse background. He is also an incredibly skilled guitarist who knows how to use the instrument to capture all the different nuances of his compositions. His music defies the average expectation which the audience imposes on guitar players. He knows how to embrace melody but, perhaps, one of the most interesting aspects of Rauh's work on Hiraeth is that he often lets melodies interact with dissonance, adding more value to the texture of the music rather than only focusing on the composition. He lets the actual performance become a part of the writing itself, making for a more distinctive feel. On the fully acoustic Hiraeth, Rauh dives deeper into guitar minimalism. It is an atmospheric and compelling work, a soundtrack for rainy days.

On songs such as "Fanø," Rauh sets the bar higher, combining refreshingly simple textures with deceptively sophisticated arrangements. "Observer" is another highlight on this record; Rauh pushes the envelope, combining passionate phrasing with forward-thinking ideas, giving the piece a very avant-garde taste, recalling artists such as Bill Frisell.

Rauh's expressive musicianship comes across effortlessly through every track. His combination of folk sounds and sophisticated jazz phrasings can draw comparisons to Julian Lage, Marc Ribot, and Nels Cline. However, Rauh sets out to bring his own sensibility to his songwriting, often experimenting with a wide range of sounds and a refreshing iconoclastic approach. As a result, Rauh's style is always engaging and hard to categorize according to usual genre definitions and aesthetics. This experience is for those who enjoy instrumental works which stray from the usual path.