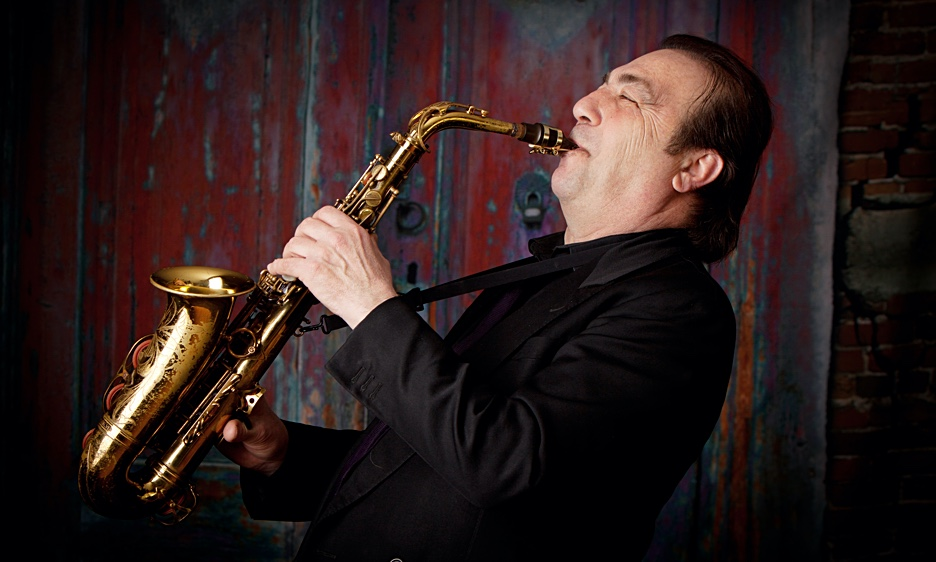 By Rob Mariani
June 6, 2021
Sign in to view read count
This article was published posthumously and on behalf of All About Jazz's long-time friend and contributor, Rob Mariani.

"Bebop is one of the more complicated forms of jazz music," says Greg Abate, one of New England's most well-known alto sax players. He's been keeping this "art form" alive and thriving for years.

"It takes a lot of technique and dexterity to play bebop right," Abate says. "Every good musician knows that jazz is an art form that you create in the moment. And every note has to musically merge with the chords of the song they're based on."

Abate, who has played with big bands and small groups internationally, was born in Massachusetts, went to school in Woonsocket, RI and then Berklee College of Music in Boston, Massachusetts. The town of Coventry, in the smallest State, Rhode Island has been his home for many years now. He's quite literally "a world traveler," and has played alto saxophone with some the most prestigious orchestras, including the Artie Shaw Big Band, and the Ray Charles Orchestra.

Early in Abate's career, Ray Charles picked him to play lead alto in his big band touring the world.

"It was pretty life-changing," Abate recalls. "I was in Los Angeles living with friends. No work, no money, and I auditioned and suddenly I get this great gig with Ray Charles!"

He began touring around America with the Charles band, and soon across the seas.

When I asked what was one of the remotest gigs he'd ever played, Abate smiled and said, "Georgia. Not the state. The city. In Russia. We played in Moscow for a week. It was winter and never got above zero. I played a couple of concert stages there and some jazz clubs."

These days in a typical year Abate will spend as much as 280 days on the road, here and abroad. The remainder of each year he plays with smaller U.S. jazz ensembles of which he is usually the Leader.

On several occasions, Abate's was hired to play at Birdland in New York City.

One of Abate's most well-known and influential musicians has been the great Phil Woods.

"I was just getting into music professionally" Abate recalls, "and I heard Phil on a record... and I said to myself, 'That's what I want to do." Recently, Abate had the joy of touring the world with Phil Woods and has partnered on a number of albums with his idol, before Woods passed away a few years ago.

"Phil was a great player and also a great guy," Abate says. "I admired his strive for perfection, his attitude, his sound and his phrasing, and I loved making albums with him—it was like he 'endorsed' me as a player that he respected and that made me feel really good."

By 2016 Abate's reputation as one of the definitive bop musicians had expanded. For several years now, he's been getting more gigs all over the world. He assured me that putting together a quintet for a jazz club in Paris or Barcelona took some "know how." It meant meeting and keeping in touch with various club owners, most of whom, usually spoke English. "If I had to pick my favorite countries," says Abate, "I guess it would be England, Ireland, and Wales. The UK has truly kept me working since about 2001. There are plenty of great jazz musicians there—and the audiences are hip jazz fans."

I asked Abate if he'd ever considered living in one of those countries and he replied, "I could live anywhere I want, but I choose to live in Rhode Island because I grew up here in Coventry and I love the ocean. My family is here, and I'm able to enjoy a successful touring career while living where I want to live."

In 2016 Abate was inducted into the Rhode Island Music Hall of Fame.

"Of course," he continued, "like everybody, the COVID pandemic has changed my work life. Nightclubs usually can't afford my travel expenses anymore because suddenly attendance is so sketchy for them.

"As a professional musician with some free time on my hands, I 've been more centered in meditating—finding out about who I was and who I've become, and what my musical goals will be. I spend more time outside in nature these days, and also writing new music I want to record. I've just recorded a new album with the Kenny Barron trio, which will be out in March 2021. Recordings have always been a good way for me to hear my own music as it evolves—from Beethoven to bop."