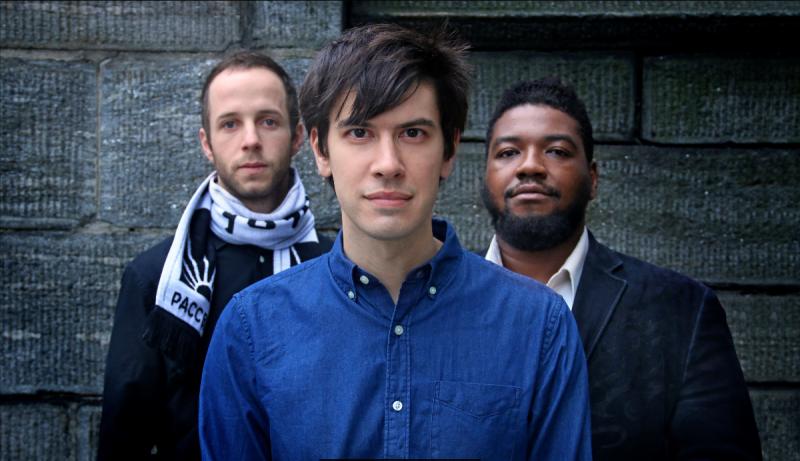 It might not seem all that difficult to get together with friends in your own neighborhood, but sometimes it's more tricky than you'd think. Glenn Zaleski has made his previous two records as a leader in the span of two years, both with the same trio-mates who are also based in New York City with him, and yet they almost never seem to make it onstage at the same time. When settling in for the first of three sets at Chris' Jazz Café in Philadelphia, he estimated that it was only the gang's seventh performance together in all that time.

If the scattered nature of the job keeps them from making it a regular thing, it still allows them to sometimes play together in pairs in other contexts, so their chemistry and familiarity were still there in spades. Craig Weinrib kept the rhythm at a briskly busy clatter, all the while listening to the others' contributions like a hawk and never missing a chance to respond. Plucking, grinning and at one point impressively sight-reading an intricate all-new piece for the first time, Dezron Douglas made it perfectly clear just why he can be so hard to get ahold of. It's only natural that his fleet string-slinging and warm resonant double-bass tone keep him in high demand wherever he goes.

Zaleski doesn't claim to have the natural banter of a born showman at the mike, but brings out that proper level of fun expressiveness when turning to the keys. He's clearly absorbed his Evans and Monk, often with a high dose of McCoy Tyner's knack for "Giant Steps"-like chording that makes tricky sequences flow seemingly effortlessly. The John Coltrane element was also there in a dreamy take on "Central Park West," but the night belonged more to his original pieces. The show was themed around celebrating the mostly self-penned (and aptly-titled) Fellowship (Sunnyside, 2017), and its selections easily outshone the familiar standards.

Travel made a recurring theme, as in the easy-loping "Homestead" or the Latin-tinged "Westinghouse." Maybe the road was on everyone's mind since they had to clear out at midnight and drive back to New York. Still, even though the cozy room was mostly emptied out by the third set, the players took the chance to stretch out on some new pieces with just as much relish as they'd brought to the others. "Another Life" and the thoughtful ballad "If I Loved You" should make solid additions to the catalogue down the line whenever the next recording may get completed. A romping take on Joe Henderson with "Tetragon" would have made a fine sendoff, but the trio couldn't resist jumping in after the applause and jamming out off the cuff just a little bit more. Nevermind the too-late hour on a quiet weekday night; if getting together is still such a rare occasion, that's all the more reason to wring every bit of fun out of it while it lasts.