By CLIFFORD ALLEN
April 8, 2010
Sign in to view read count 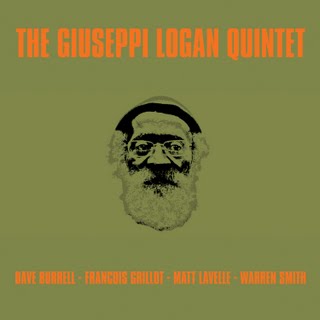 In terms of surprising musical rediscoveries, 2010 has started off rather auspiciously with the first recording of reedman and composer Giuseppi Logan in over 40 years. Logan's appearances in the heady days of New York's fire music were scattered but strong and otherworldly affairs—sideman work with trombonist Roswell Rudd (Everywhere, Impulse!) and vocalist Patty Waters (College Tour, ESP) in 1966, performances as part of trumpeter and composer Bill Dixon's group, and two dates leading his own quartet for ESP in 1964/1965. His leader sessions displayed a penchant for puckered, non-Western tonalities and full-bore group improvisation that nevertheless held within it as much jolly lightness as it did the psychedelic viciousness of the times. Joined at the time by drummer Milford Graves and pianist Don Pullen, as well as bassists like Eddie Gomez and Reggie Johnson, Logan's group clashed in Afro-Cuban rhythms, gospel chords, blustery free jazz and unhinged, sparse collectivity.

The 1960s were a time of intense searching and experimentation, and with Logan's work, straddling as it did the free improvisation scale—feral intensity and studied drive—it was sometimes hard to tell whether the quartet always knew what they were doing. ESP founder Bernard Stollman's recollection of a rehearsal points to exactitude: "At one point, I was standing with the engineer in the control room, and I thought the piece they were playing was stunningly beautiful. It sounded totally spontaneous, as if they were ad-libbing and commenting like a gorgeous conversation. Suddenly, I heard a 'thwuuunk,' and I realized that the tape had run out. The engineer and I were so absorbed, we hadn't been paying attention. I thought "oh God, this remarkable thing is lost. It was interrupted in the middle, and it's gone." Richard Alderson was the engineer, and he got on the intercom and said "Giuseppi, the tape ran out." Without a pause, Giuseppi said "take it back to before where it stopped and we'll take it from there." So he did, he wound it back and played some bars of it and took down the record button, and they resumed exactly what they were doing—there was no way of telling where one or the other ended. It was unreal."

Logan dropped out after the late 1960s, occasionally appearing in New York as a clochard; he was also apparently institutionalized for some time. For a time assumed to be dead, Logan came out of the woodwork for the 2008 Vision Festival and, with the help of multi-instrumentalist Matt Lavelle and other concerned parties he has a place to live and occasional performing opportunities. Still, the appearance of The Giuseppi Logan Quintet, the third date under his own name, is something of a startling prospect.

Logan is joined on five originals and three standards by pianist Dave Burrell and drummer Warren Smith (associates from an earlier decade) as well as Lavelle on trumpet and bass clarinet and bassist Francois Grillot. Burrell worked and rehearsed with Logan frequently in 1966, but his conception and attack are more historically all-encompassing now than they were at that time. Smith's percussive reflections are both inside and outside, and coupled with Grillot's woody precision they make a fine rhythm section. As a frontline partner, Lavelle is similarly schooled in tradition and upwards-and-outwards freedom, his fat, crackling trumpet nodding to a post-Clifford Brown university and messengers like Ted Daniel. He goads and fleshes out the leader's worrying burbled phrases and strange, isolated eddies, spurred on by sensitive but clear rhythmic demarcation from the ensemble.

A lack of cohesion between the unit and leader is the main issue with this disc, and it's a tough thing to criticize—Logan, advanced in age and having lived a life of physical and mental suffering—clearly wants to go out playing. A recording in his final years is something important, allowing him the gift of documentation, even if his tone wavers beyond acceptability and his solos scuttle themselves quickly, whether or not he seems out of breath or ideas. There is also the simple fact that this music has advanced technically and stylistically with such significance over the last few decades that Logan sounds anachronistic even at his most quixotic and intriguing. His calm loquaciousness at the outset of "Steppin'" is used as a lift-off point for extraordinary solos by Lavelle and Burrell, and there is almost no way for them not to outshine the leader.

Logan's playing is mostly in the moment rather than multiple steps ahead, presumably resulting from many years playing solo on the streets. His sour tone sticks out, even when bridged to the ensemble by Lavelle's bass clarinet on "Around," which features a startling, romantic and East European-tinged statement from Burrell. "Modes," as most of the Logan-penned tunes here, would have been interesting to hear in the context of The Giuseppi Logan Quartet (ESP, 1964), Burrell and Smith skipping around time in a way that updates Pullen and Graves' rambunctious tempo playing as Lavelle dives in with vertical, husky reed cackle. Logan switches to bass clarinet after a brief pianistic foray, and here his playing really shines—he digs in laterally with cups of impossible, pure and devilish squall. Once the listener gets used to the sickeningly off-kilter heads that Logan's alto and Lavelle's trumpet create, there is something cruelly fun about the proceedings, as on the lopsided and squirrely groove of "Bop Dues," an examination of the tension between loose, net-less improvisation and rigorous, schooled support (one can hear it in the interplay between trumpet and rhythm). "Freddie Freeloader," meanwhile, is rendered almost comic with Portsmouth Sinfonia-like dissonance.

Ultimately, The Giuseppi Logan Quintet is a welcome, if odd, recording. Throwing out any preconceptions of whether something "works" is the best tack to take—if playing and recording gives Logan joy, camaraderie, recognition and a discographical calling card in his last years, who can argue?